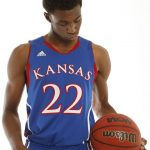 This morning on SportsCenter, ESPN basketball scribe Jeff Goodman came on the air to discuss his upcoming ESPN The Magazine article which basically explores the topic of tanking in the NBA.  In the article, an anonymous NBA general manager  admitted to Goodman that losing “a lot of games this year” would be what is is best for his franchise.

Now, any number of GM’s or heads of Basketball Operations in the League could have given these interesting quotes to Goodman, but the the odds on favorites would be Lon Babby (Phoenix Suns), Dennis Lindsey (Utah Jazz) and the 7-6’s own Sam Hinkie.

Check out the video after the jump.

The anonymous GM gave Goodman a solid quote that we all know from watching the Sixers over the last 3 years, “If you’re an NBA general manager like me, the last place you want to be is in the middle.”

The anonymous GM as informed Goodman, “How do you pull it off? First, you talk it over with ownership. I analyzed the team and told them what I wanted to do, the guys I wanted to get rid of and the guys with future value whom we wanted to keep.  We obviously traded away some of our veteran guys who gave us a better chance of winning right now for future draft picks and young players. “

In the end the anonymous GM turned out NOT to be Hinkie as the source was quoted as saying, “We’re not alone.  Look at the 76ers.  Since the draft in June, I don’t think they’ve signed a player or made a trade to add a legitimate player.”