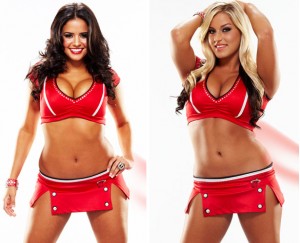 This 2013-14 opening day edition of “Fo’ with the Foes” – Philadunkia’s advanced scouting series which with the help of an accomplished journalist from around the NBA beat or blog world, previews key upcoming 76ers games – features tonight’s opponent, the Miami Heat who are the two time defending NBA Champions.

After the jump, I’ll look a Fo’ key items for tonight’s game.  Additionally, we’ll get a little more insight into the Heat team the Sixers face tonight from our man Wes Goldberg at AllUCanHeat.com as Wes will answer Fo’ questions on the Heat from us here at Philadunkia.

1) Dunks; Lay-ups; FTs & 3PAs:  I don’t want to see any remains of DC’s ultra conservative offense, so when I look at the shot chart after the game, the mid-range area between the paint and the 3-point line better have very few dots in it.

2)  Evan Turner – Solo Act:  How much of the scoring load is “The Enigma” going to try and handle tonight?  It will be interesting for me to see if he comes out and starts hoisting up shots (good & ill-advised) at an alarming rate from the opener this season or if he gradually morphs into that type of player over the first 10-15 games.

3)  Sixers on Defense:  It’s likely that the 7-6 will take an ass-whoopin’ tonight, so I am curious to see how long this young Sixers team remains competitive on defensive end of the floor vs. Miami.

4)  Philadunkia nation:  Everyone knows that ticket sales for the home opener vs. Miami were less than robust, so the 76ers arranged to retire Allen Iverson’s jersey tonight in order to boost attendance.  I’ll be interested to see if the Iverson promotion worked and are the stands full/near full?  What kind of ovation will Allen get?  Will the fans be “into” tonight’s game outside of the Iverson related elements?

Q&A with Wes Goldberg at AllUCanHeat.com…

Philadunkia:  What’s your biggest concern for this season as the Heat look to defend their back-to-back titles?

Wes Goldberg at Allucanheat.com:  You may want something creative here, but the answer is the same as everyone else: Health. Not only Dwyane Wade and his knee, but also Greg Oden and Ray Allen. Oden being healthy in the playoffs for potential matchups against  the Pacers and Bulls; Allen needs to be healthy, especially with the loss of Mike Miller.

Philadunkia:  Did you like the Michael Beasley pick up?

Wes Goldberg at Allucanheat.com:  I do.  He faces little to no pressure, like he did in Minnesota and Phoenix where he was called upon to score on a nightly basis.  This guy needed a break and a real change.  I like it for basketball reasons and because I want to see Beasley succeed for people reasons.

Philadunkia:  In your opinion, how much will the Heat look to get out of Greg Oden during the regular season?

Wes Goldberg at Allucanheat.com: How much?  Just enough to keep him in a groove and in shape for the playoffs.  They don’t want to need him.  Not for the first 82 games.

Philadunkia:  The Heat have a huge game vs. the Bulls on Tuesday night.  Any concerns that the Heat have a big hangover on Wednesday and by some miracle the Sixers win their home opener?  (Lots of sarcasm here.)