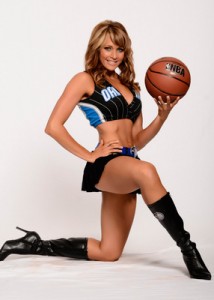 This edition of “Fo’ with the Foes” – Philadunkia’s advanced scouting series, which with the help of an accomplished journalist from around the NBA beat or blog world, previews key upcoming 76ers games – features tonight’s opponent, the Orlando Magic, who handled the Sixers 6 days ago, but have lost two straight, including a 18 point drubbing in Washington last night.

After the jump, I’ll look a Fo’ key items for tonight’s game. Additionally, we’ll get a little more insight into this Orlando team the Sixers face tonight from our colleague Evan Dunlap at orlandopinstripedpost.com, as Evan will answer Fo’ questions on his Magic squad from us here at Philadunkia.

1)  Healthy & Rested:  Honestly I believe the one big advantage the 76ers will have tonight is that they are healthy and rested roster. On the O-town side, Vucevic suffered an ankle injury last night during Orlando’s 98-90 loss in Washington that may keep him out of tonight’s game.  Additionally Jameer Nelson is still hobbled and may miss his third straight game tonight.  If both of those guys play tonight for ORL, they will not be 100%.  A banged up Magic squad vs a rested and healthy Sixers roster could produce a W for Philadunkia’s home team against a tanking rival.  That’s bad news if you are on the #WinlessforWiggins bandwagon.

2)  Keep Thad Rolling:  In the three games since his return from a personal leave of absence, Thad is playing great ball and averaging 21.6 ppg. and 8 boards per night.  He is also shooting 46% on threes (6-13).  I’d like to see Brown and the Sixers get Thad involved early tonight in hopes that a fast start vs. ORL will extend this steak of very solid play from #21.

3)  Can MCW Get Back on Track?:   Six days ago vs. ORL, Carter-Williams scored 23 points on 9-21 shooting (3-8 from deep).  In the two games since that match-up, MCW has hit 9-28 from the field (31%) and 1-8 from behind the arc.  I have not noticed anything mechanically different in MCW’s shot, so the poor shooting could be about shot selection and/or a mental block.  Tonight, I’d like to see the Sixers’ rookie get out on the break for some easy lay-ins.  In the half-court he needs to drive to the rim for buckets or trips to the FT line.  Hopefully a host of points from those efforts will boost his confidence and his jump shot will return to form.

Q&A with Evan Dunlap at orlandopinstripedpost.com:

Philadunkia:  How would you grade Victor Oladipo’s rookie season so far?

Evan Dunlap at orlandopinstripedpost.com:  It’s been pretty uneven so far as he transitions to point guard, the league’s most difficult position, after never having played there in high school or college. As one might expect, turnovers have been a problem–he’s averaging four per game–but finishing at the rim against NBA-caliber athletes has also been a challenge: he’s getting blocked 1.5 times per game and shooting just 42 percent from the floor.

Defensively, I think he’s up to the task, and not just because of his blocks and steals averages. His length, quickness, and desire to compete are assets on that end, and though I don’t think he’ll play point guard full-time at the NBA level, he certainly has what it takes to check opposing point guards.

Philadunkia:  The Magic are 6-11, have lost 2 straight and 6 of their last 9.  What in your opinion have been the Magic’s biggest issues in this stretch?

Evan Dunlap at orlandopinstripedpost.com:  Turnovers and defense are the biggest problems. Orlando’s had trouble hanging onto the ball all year, but NBA.com/stats shows that the Magic have coughed it up on 17.3 percent of their possessions in that span that you mention. That’s slightly more than one possession in six ending without even a shot attempt or free-throw attempt. The Magic’s talent level is such that its margin for error is low: to win, the team has to execute nearly perfectly.  Orlando’s been an improved defensive team throughout the season at large, but of late it has struggled to defend the tree-point line, allowing 39,8 percent shooting from deep.  Even allowing for two games against the Miami heat in which Lebron James picked the Magic apart with his signature cross-court passes to the corners, that’s too high a percentage to allow, and Orlando needs to pay better attention to the arc defensively to return to form.

Philadunkia:  Arron Afflalo is having a great start to this season.  Is it simply that fact that he is shooting the ball better or are there other reasons for his increased production?

Evan Dunlap at orlandopinstripedpost.com: Shooting better explains some of the improvement, but I think a lot of it is mental. Afflalo had been a complementary player throughout his career before coming to Orlando, but found himself subject to increased defensive attention as the Magic’s primary option throughout the 2012/13 season. He needed a year to adjust to that pressure, apparently, and now it’s paying off: he’s arguably worthy of All-Star consideration in the East for his scoring, rebounding, and playmaking.

Philadunkia:  Do you ever feel bad that the Magic absolutely stole Nike Vucevic from the 76ers (sarcasm here)?

Evan Dunlap at orlandopinstripedpost.com:  I don’t feel bad about that at all, and I doubt the Magic do either.  They identified Vučević as a player they wanted and Doug Collins deemed him expendable. Now he’s blossomed in Orlando and looks like a big part of Orlando’s long-term plans.

Thanks to Evan for his time and answers.