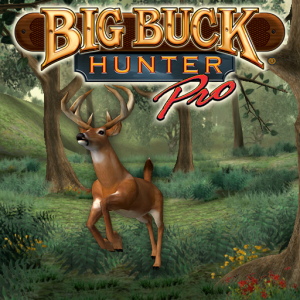 Despite a respectable three quarters of play by a rag-tag roster against Orlando the other night, the 2013-14 76ers have become unwatchable on the court.  So with 24 games remaining in this season for the Sixers, it’s time to REALLY start watching the race between the Milwaukee Bucks and the 76ers for the most pingpong balls at the 2014 NBA Draft Lottery.

The 76ers  (15-43) sit 3.5 games behind Milwaukee (11-46; 25 games remaining) in this season’s tanking quest.  However, thanks to the recent stellar play of Brandon Knight, the Bucks are 2-3 since the Alll-Star Game (1-1 after the trade deadline) and lost in respectable fashion to the mighty Pacers last night.

Obviously the Sixers have some work to do if they are to track down the Bucks and secure the 2014 NBA Draft Lottery pingpong ball crown.  However there is an outside chance they can do it.

After the jump, I breakdown the details of this Buck hunting adventure.

Below is a list of the remaining games in 2013-14 that the 76ers have a puncher’s chance of winning and remember, you can bet on the number of games the Sixers will win or lose down the stretch of the season at sportbet.com.

March 8th vs. Utah:  For the Jazz, this contest with the 76ers will be the finale of a 6 game road trip.  As a bonus, Utah plays the night before in NY and this run will be there 3rd game in 4 days for the Jazz.  So this long shot W isn’t so much about the Sixers, their roster or Brett Brown’s X&O’s.  Nope, it’s about the NBA scheduling gods gift wrapping a potential win for the 76ers

March 12th vs. Sacto:  The Sixers beat the Kings in Sacramento by 9 back on January 2nd and while the Sixers rosters has been downgraded severely since that victory, I think the NBA scheduling gods have again handed the Sixers a potential victory (Unfortunately!).  The Kings will be playing their 5th game of a 7 game road trip.  Shaq’s new favorite team will have taken the court in Detroit the night before this contest and for the Kings it will be their third road game in four days.  Also by this time I anticipate that Demarcus Cousins and new Kings signee  Royce White will have combined for some significant drama / distractions for the team.  In short, the Kings will not be at their best when they roll into Phill on 3/13 and the Sixers could manage to swipe a win here.  Ideally what I would like to see happen is White score 30 and the Sixers lose a close, well played game.

March 21st vs. NYK:  The Knicks are simply terrible (losers of 4 straight & 7 of their last 8) and they have a veteran roster that is on the verge on mailing it in for the season. By the time this game rolls around, Melo will already have one foot in Miami or LA; JR Smith will have done something else stupid to distract this team and the New York media will have Mike Woodson’s head on the chopping block.  Additionally this road match-up with the Sixers is sandwiched between home games for the Knicks against the Pacers and the Cavaliers.  When you combine all of those factors the product is just enough that there is an outside chance the Sixers young and motivated roster (playing for their NBA lives) could steal this game vs. a Knicks team that is just going through the motions.

Outside of Thad and MCW, I’m not 100% certain any player on the current Sixers roster belongs in the League.  Even if I granted you Tony Wroten (which I would not do quietly), the Sixers likely only have 3 players on the active roster who will be here next year and are not simply trying to “get theirs” in order to stay in the NBA.  Thus, to be totally honest and realistic with you, I believe the Sixers only have a chance of winning the Sacramento and New York games listed above.  If they somehow manage to win both of those games (no small miracle) that would put their record at 2-22 down the stretch of the season and 17-65 overall on the year.  That’s a damn fine tank job.

Now let’s analyze the Milwaukee Bucks.  Remember, the Bucks have been playing better of late and boast a roster core of young NBA level talent — Brandon Knight; Nate Wolters; Giannis Antetokounmpo; Ersan Ilyasova; OJ Mayo; Khris Middleton and John Henson — who are under contract next year and in theory will be playing together for some time.  In short these young Bucks still have something to play for in 2013-14 besides getting some game action on tape for other NBA general managers to view this summer.

With that said, below are a list of the remaining games in 2013-14 that the Bucks have a puncher’s chance of winning:

March 3rd vs. Utah:  Third straight away game for Utah as well as the second game of a road back-to-back set for the Jazz.

March 5th vs. Sacto:  The Kings are a train wreck and have nothing to play for when they visit MIL.

March 10th vs. Orlando:  Second game of a two game road trip for the Magic.

April 16th vs. Atlanta:  Last game of the season, Hawks will be resting their starters and key reserves for the playoffs.

If the Bucks collect wins in all four of those games, that would put the Bucks  record at 4-21 down the stretch of the season and 15-67 overall on the year.  Also a solid tank job.

By my forecasts and math, the 76ers (forecasted finish 17-65) would come up two games short of hunting down the Bucks and grabbing the greatest number of pingpong balls at the 2014 NBA Draft Lottery.  Finishing second in this tank race is a damn fine place to end up, but finishing first would be a nice reward for witnessing every Sixers game in this debacle of a season.  Hopefully the Bucks pick up a few more wins down the stretch than I predicted and allow the Sixers to backslide past them into pingpong ball heaven.

Otherwise, it will the No. 2 pick again for the 76ers.