The Sixers haven’t played the most competitive basketball over the past two seasons (That’s especially true in 2013-14), but they have remained relevant in the shoe game. The team has had a couple of the League’s most notorious sneakerheads in today’s NBA on their recent rosters.  From Nick Young last year to Tony Wroten this season, the Sixers have come strong in the shoe department.

Wroten has a deep kick collection, and pulls out new heat almost every game.  The combo-guard is in only his first season with the Sixers, and his long-term future with the franchise is uncertain, but that hasn’t stopped him from shooting the rock at an alarming rate and repping the franchise with his footwear.

“Swaggy P” only spent one season here in Philadelphia, but it certainly was an interesting experiment for us 76er fans who learned that in addition to hoisting up shots with no conscience, Young has his own sneaker butler.

Despite looking simply pathetic last night in Oklahoma City, it’s good to know that 76ers have inspired a number of cool colorways on some popular sneaker models.  For example, Wroten has had custom work done on a couple of his Jordan’s to incorporate some Philadelphia flair. 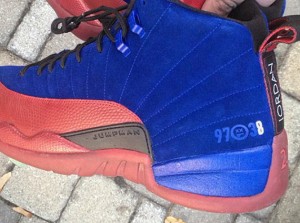 Pictured above is a pair of the infamous Jordan ‘Flu Game’ 12’s, which Wroten had customized with the Sixers’ blue-and-red color scheme.  Notice the emphasis on the 8 of the 97 (:P) 38 logo on the lower left outside, as Wroten is #8 on the 7-6.  Nice detailing.

Below is a picture of custom Jordan X ’76ers’.  The 76ers theme is slightly more obvious on this one. 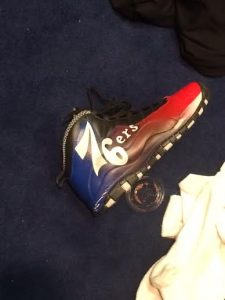 Wroten also has a 76ers-themed pair of Jordan IV’s in his collection that are pretty cool (pictured below). 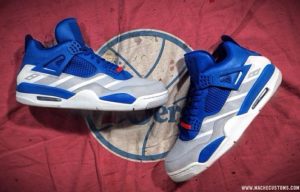 Outside of Wroten showing support for the Sixers with his shoes, a couple of popular models of shoes were recently given the Sixers treatment, including the Jordan I and the Nike Barkley Foamposite. 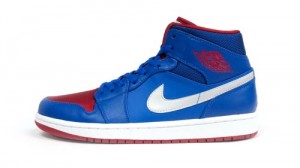 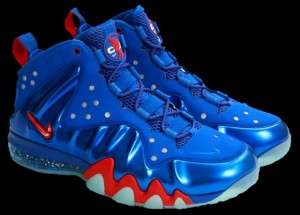 It’s nice to see that even when the Sixers are struggling badly on the court, they still inspire some cool kicks.