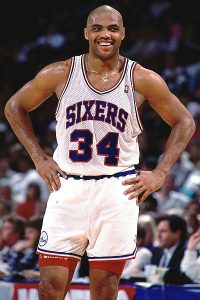 Sixers legend Charles Barkley has no shortage of opinions on the rebuilding process Sam Hinkie and this franchise have embarked on since early last summer.  Back in August 2013 “Sir Charles” told the WIP Morning Show crew that he was “disappointed” with the way the Sixers fired their assistant coaches; that he didn’t understand why they waited until after the draft to hire a coach; doesn’t think tanking works and that he doesn’t “believe in that analytical crap.”

Tuesday on ESPN’s Mike & Mike Show, Charles again was not at a loss for words when it came to the 76ers a well as tanking in the NBA.  The odd thing is, based on his comments to Mike & Mike, Barkley seems to have come full circle on Hinkie and the Sixers rebuilding techniques.

It’s been reported that as many as 6 NBA teams are “tanking” the 2013-14 season and despite Adam Silver’s recent comments, the 7-6 are clearly one of the teams on the tank train.  On the topic of tanking in general, Barkley told ESPN Radio’s Greeny and Golic that he has a way to eliminate tanking in the NBA.  Barkley said, “My suggestion — the NBA is too stupid to listen to me — I said just give teams one ball.  Don’t give teams extra ping polls by the more they lose.  I think only twice in the 20 years has the team with the worst record and the most balls got the No. 1 pick. Only twice in like 25 years.  So don’t give teams extra balls because they’re losing games.  Just give every team in the lottery one ball. That would be the easiest way to handle it.”

Barkley also commented that he doesn’t understand why everyone is suddenly upset about tanking in the League, “…teams have always tanked,” Sir Charles offered.  “The Miami Heat did it a couple years ago when they cleared all their space and put a bad team out there to get LeBron [James], Dwyane [Wade] and Chris Bosh.  Nobody complained.  Same thing with the Knicks.  They did the same thing when they were going for LeBron so teams have always tanked. I don’t understand why people are all of a sudden making a big deal out of it. Nobody complained when Pat Riley did it. But now all of sudden…”

When Barkley finally got around to mentioning the franchise that drafted him out of Auburn back in 1984, Charles hinted that for teams like the Sixers, tanking it is the best way to rebuild.

“I like what the Sixers are doing,” Barkley stated.

“They weren’t going to win (this season),” Barkley continued.  “I think resting Noel is going to be a huge boost for them going forward so they’re going to get two lottery picks next year with the guy who’s probably going to be the Rookie of the Year instead of paying a bunch of overpaid guys with a sorry team.  I want a young team with a bright future. I want cap space and draft picks. That’s what has happened in the NBA.”

It seems Charles has come full circle on the 76ers rebuilding efforts since his comments back in August.

Welcome aboard the tank train Chuck, glad to have you.