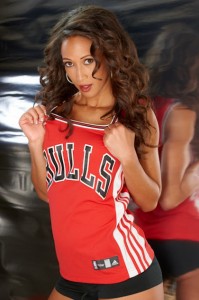 This edition of “Fo’ with the Foes” – Philadunkia’s advanced scouting series which with the help of an accomplished journalist from around the NBA beat or blog world, previews key upcoming 76ers games – features tonight’s opponent, the Chicago Bulls, who on paper are significantly better than the 76ers, but come to the WFC off a loss last night at home to OKC and are 3-3 in their last six games.

After the jump, I’ll look a Fo’ key items for tonight’s game.  Additionally, we’ll get a little more insight into the Chicago team the Sixers face tonight from our colleague Nick Friedell at ESPNChicago.com as Nick will answer Fo’ questions on the Bulls from us here at Philadunkia.

1) The Sixers Effort tonight — I’ll be interested to see what the Sixers have left in the tank (no pun intended) for another game against an Eastern Conference power. Brett Brown’s rag-tag bunch (Sorry Thad) gave all they had at Indiana, led by nine early and three late, before losing 99-90 in respectable fashion to the mighty Pacers. Can Brown squeeze a second straight solid effort out of this group which will be a heavy underdog (-13) again tonight?

2) Containing Joakim Noah — We all know that the Bulls All-Star big is having a fantastic season.  But did you know that of late Noah simply owns the Sixers? He has scored at least 21 points three times in the last four games against the 76ers.   Back on January 18th, Noah posted 21 points, 16 rebounds and four blocks against the 7-6 in a 103-78 rout by the Bulls.  If the Sixers hope to remain competitive in this one, someone will have to slow Noah’s roll.

3) Is Hollis Thompson Back? — Against Indiana, “The Keeper” posted his first relevant stat line in months — 17 points on 6-7 shooting (4-4 on 3PAs) and 6 boards.  I am anxious to see if Thompson can string together consecutive quality games and show me signs of why everyone is so excited about potentially bringing this rookie back next year.

4) MCW to Keep Rolling — In his last 5 games the ROY candidate has been good for 17 ppg., 10 rpg. and 5.6 apg., while shooting 44% from the field.  He’s also led the Sixers in rebounding in 5 of their last 6 games.   I’m looking for him to have another solid game as he should have a size and speed advantage against veteran PG Krik Hinrich.  Cutting down on his TOs tonight (5.3 per over that same stretch); eliminating the 3-ball (4-16; 25% on 3PAs over that same stretch) and knocking down his FTs (57% over that same stretch) would go a long way towards keeping his hot streak rolling.

For a little more insight into the Pacers team the Sixers face tonight, we turn to our man Nick Friedell at ESPNChicago.com to answer four questions on the Bulls from us here at Philadunkia.

Philadunkia:  If we put aside last night’s game vs. OKC for a second…Since mind-February Joakim Noah has taken his game to another level. Can you pinpoint one of two items that can be credited for his surge over the last 20 games?

Nick Friedell @ ESPNChicago.com:  I believe it was the great Mars Blackmon who famously said, “It’s gotta be the shoes.”  Of course, that was for a different company than Noah endorses, but the point is the same.  The biggest key for Noah all season is that he’s been able to stay healthy.  He switched from Le Coq Sportif to adidas shoes over the summer and has not dealt with the plantar fasciitis issues that crept into his game the last few years.  As far as his on the court play, the key for him is that he’s more confident with his passing than ever.  He is a de facto extra point guard for the Bulls. The offense runs through him.  His teammates trust him on and off the floor.  This is the best stretch of his career.

Philadunkia:  Give us your prediction: Coming off a loss last night against the Thunder, the Bulls will (A) come out, play angry and simply destroy the 76ers tonight or (B) The Bulls will fall victim to the evils of the NBA scheduling gods, play sluggish and let the Sixers stay competitive all night?

Nick Friedell @ ESPNChicago.com:  I vote for A.  Thibs had them focused on not playing down to Philadelphia’s level at shootaround.  I’d be surprised if they let the Sixers hang around.

Philadunkia:  For the Bulls, what’s one weakness that  you believe can keep them from a solid playoff run?

Nick Friedell @ ESPNChicago.com:  They still don’t have a go-to scorer.  They don’t have a guy you can hand the ball to and say “Go get us a basket.”  They have plenty of heart and hustle — they just don’t have enough superstar talent to beat the elite level teams (Miami, OKC, San Antonio) four times in a seven game series.

Philadunkia:  A little more than 4 years ago, I pleaded with the 76ers to hire Tom Thibodeau as their head coach.  The rest as they say is history.  We all know that overall, he’s a great coach.  But is there any one area where you’d like to see Thibs change his ways?

Nick Friedell @ ESPNChicago.com:  He’s actually cut back on the minutes for guys like Noah and Hinrich this season.  That was the one criticism he got from plenty of people, myself included, but he was well aware of that one and he tried to correct it. The only guy playing heavy minutes right now is Jimmy Butler, but he’s still just 24, and Thibs believes he can handle the extra minutes.

The bottom line is that Thibs is one of the best coaches in the league.  His players respect him and he still works as hard as just about anyone.  He is who he is — and if some people don’t like it he doesn’t care.  He’ll just keep winning.

Thanks to Nick Friedell for his time and answers.