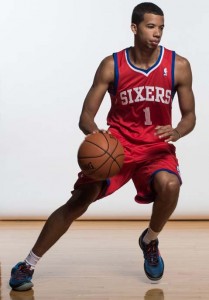 Do you ever watch ESPN or read ESPN.com and catch yourself thinking one or more of the following:

“This is a ridiculous argument.” or “No one would have reported this twenty years ago.”

Maybe it is just me but I constantly find myself yelling at segments I see on First Take and other speculative sports shows.  The thing about it is that once I yell, ESPN wins.  ESPN wins because even though the segment may have had no relevant sports importance or may be a completely ridiculous sports argument, it made me react.  Twenty years ago sports reporting was all real news and extremely professional.  Through social media arising and attention spans declining, the sports news world has completely changed.  Any average fan can now find the critical news they want in about two seconds on their phone.

So at a certain point what does ESPN have left to talk about that we haven’t already read or seen?  Controversy, that’s what.

Controversy gets the ratings and the clicks because it is what inspires real emotions out of people the quickest.  Don’t believe me?  Go into your local YMCA on a day when it’s packed with pick up basketball and yell at the top of your lungs “Lebron is the greatest player EVER! It’s not even an argument!”  Also, if you do that please record it and send it to me or put it on Youtube.

A week ago I wrote an article on this site explaining why Michael Carter-Williams is the clear cut rookie of the year.  Since then an article came out on Grantland.com which gave out the NBA awards for this year.  I was shocked to see that Grantland’s Zach Lowe had given the Rookie of the Year award to Victor Oladipo over Carter-Williams.  I was dumbfounded at how a respected basketball writer could incorrectly analyze the award so badly.  Even Lowe’s colleagues over at ESPN voted Carter-Williams as the clear cut favorite to win the ROY award .

After reading Lowe’s article I eventually calmed down and realized, its just controversy rearing its ugly head again.  Lowe wrote this article because it is somewhat of a bold opinion that you can argue and support somewhat.  It is not a winning argument but it is an argument none the less.   So let’s take a look at some of the points Bill Simmons disciple made and talk about whether they have merit or not.

I wrote last week that Carter-Williams has Oladipo beat in almost every major statistical category, but that there are a couple of arguments for Oladipo.  I previously stated what these arguments were and that they were opinion “he said, she said” based.  These were the exact arguments used by Lowe for controversial purposes.  The first argument up for discussion is that Carter-Williams plays more minutes than Oladipo and that is the reason for his better stats.  More over from that, Lowe stated that Oladipo is much more efficient than Carter-Williams.  He used this as a basis to say that if Oladipo played for the 76ers his stats would not only be better but they would come at a more efficient rate.

Alright, I get it; Lowe is going the Skip Bayless route to invoke reactions and heated responses.  Two can play at this game.  Oladipo does indeed get fewer opportunities than Carter-Williams.  However, that is because there are better options on the Magic roster.  Orlando actually has players on its roster that people have heard of before.  Players are Jameer Nelson, Aaron Afflalo and former Sixer “Big Nik” Vucevic all have key roles in Orlando’s offense.  This means that Oladipo is the third or fourth option, so that when he actually gets a shot, it is usually a high percentage look because of the Magic’s offense.

Now that we are past the shooting efficiency and minutes played argument, let’s talk facilitating efficiency.  As I mentioned before, because Oladipo is the third option he is set up in higher percentage opportunities than Carter-Williams.  You would think that Oladipo would have a high assist to turnover ratio because of that fact.  Nope.  Oladipo is surprisingly very inefficient in this category.  Carter-Williams sports a 6.3-3.5 assist to turnover ratio as compared to Oladipo’s 4.1-3.2 rate.  The odd thing about these stats is that while Carter-Williams incrementally improved his rate over the season, Oladipo’s actually got worse.

From February through March Oladipo went down 1.5 assists per game while increasing his turnover output from 2.8 to 3.7.  Over that same timeframe Carter-Williams went from 4.7 APG-4.6 TO too 6.5 APG-4 TO.  Let us not forget that Carter-Williams was being forced to create plays that aren’t there due to just how disgustingly bad Philadelphia’s roster is.  This is common sense, if Oladipo has a bad assist to turnover ratio on an Orlando team with some NBA talent, what makes you think it wouldn’t be significantly worse if he played for the Sixers?.

What’s next?  Oh yeah, Lowe claimed that Oladipo is a much better defensive player because of a couple stats.  This argument is based on the fact that when Oladipo plays, the Magic allow six less points per game.  That stat is compared to the fact that when Carter-Williams plays the Sixers are actually worse defensively.  Shortsighted is the term for that argument.  While I can agree that Oladipo is a better on-ball defender than MCW, Brett Brown’s “pick your poison” defense didn’t do anyone any favors here in Philadelphia and that’s especially true for those with lateral quickness issues like MCW.  The concept of protecting the paint first and foremost and than chasing down shots at the three point line set this roster up for failure at the defensive end.

The 76ers defense this year consisted of players sprinting out to the three point line to in theory contest a shot.  In reality the Sixers roster was filled with poor defenders who rarely ever able to recover to the 3-point line and gave up a historic number of 3PAs.  On the rare ocassion where a 76er was able to get out and contest 3-point shooter, a simple ball fake allowed the opponent to blow by the Sixer defender who’s momentum left him of balance.  Defense will obviously be the biggest point of emphasis for Brown going into next year but that is another article for another day.  I’m not saying Carter-Williams is a better defensive player than Oladipo, I am merely going to use Lowe’s same argument tactic against him.  If Oladipo was on the Sixers than his defensive rating would be significantly worse as the personnel and scheme for the Sixers in 2013-14 produced the worst defense in the league.

So, uh, about April, that is a big fat check in the Carter-Williams category.  But, by all means let’s go back to March.  Carter-Williams was slightly less superhuman averaging 14.9 PPG, 8.4 RPG, 6.5 APG, 1.8 SPG and four turnovers per contest.  Oladipo’s March averages were 14 PPG, 4.8 APG, 3.4 RPG, 1.5 SPG and 3.7 turnovers.  Although this month is closer you have to give the edge to Carter-Williams because of a significant edge in rebounding coupled with a much better assist to turnover ratio.

Again I get trying to stir the pot to get clicks and comments, but it’s simply a no contest in the Rookie of the Year race this time.  It was a commendable try by Lowe but this is just an attempt to be bold and get more readers and responses.  Guess what, it worked again and now I have written an article to address the nonsense notion that Oladipo should win ROY.  If Oladipo wins this award then it is highway robbery and Carter-Williams should file charges.  On top of that if Carter-Williams loses the award then the definition of rookie of the year should change.  In fact if it isn’t the most valuable rookie and just an opinion based debate then the winner should be Mason Plumlee.

Hey, maybe that’s not a bad idea.  Ill send it over to ESPN and have Stephen A. Smith and Skip start working on it now.