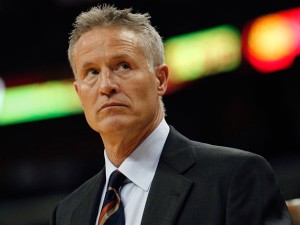 I walked into Moe’s Southwest Grill this week to order a burrito called “The Home Wrecker” that I had not eaten before.  The only problem was I choked big time when ordering it.  While the burrito was almost done being made, at the last second, I said to add extra jalapenos.

The employee asked me if I wanted pickled or fresh jalapenos.  I don’t know about you but I had never heard of pickled jalapenos, so naturally, I opted for the fresh.  I mean “Fresh” always beats “Pickled” when it comes to food right?  Wrong.

Pickled actually means normal, where as fresh means organic.  I’m well aware that the organic jalapenos are better for you but I just don’t like the taste of them.  The burrito was ruined and I wasn’t going to be “that guy” that holds up the entire line and demands a new one.  I couldn’t even judge the burrito because it wasn’t a true sampling of the product.  Now granted, there were some good components to the burrito, but I now have to go back a second time to get a real sense.

The same can be said about 76ers Head Coach Brett Brown’s first season in charge of the team.

Brown was handed organic jalapenos this year (tanking orders), but like me, he accepted it and didn’t blame the franchise.  Let’s be real though, we all know tanking tainted this season.  Now as fans, we have to wait for Brown’s second season at the helm of the 76ers before making a real judgment.

So now that were past the jalapenos, let’s talk about the other good and bad parts of this season’s burrito.

Brown came into Philadelphia this year preaching two main philosophies, pace and defense.  An up-tempo style was implemented well (PACE – 101.6 – 1st in the NBA) and may have been one of the reasons that Michael Carter-Williams just won Rookie of the Year.  The only problem with Brown’s PACE was that it didn’t translate to wins this season.  That may be in part because of Brown’s philosophy and the team’s execution at the other end of the court.

The former Aussie national coach employs a “pick your poison” defense which involves the perimeter defenders protecting the lane on all drives and then recovering to the perimeter/3-point line.  It’s a decent idea on paper but didn’t work with this year’s roster.  The end result of this defensive scheme was the Sixers giving up a lot of threes.  And by a lot of threes, I mean repulsive amounts.

Brett Brown & Co.  set a record for most games allowing fifteen or more threes and gave up a franchise record 21 3PM in consecutive games vs. the Blazers and Nets this season.  The worst part about giving up all these threes was it appears Brown refused to adjust his defense even when shooters like Jeremy Lin (9 threes made vs. Sixers); CJ Miles (10 threes made vs. Sixers) and Joe Johnson (10 threes made vs. Sixers) were torching the Sixers defense.  Brown constantly emphasized that he wanted to keep things simple and just instill his philosophy this season, for better or worse, so hopefully the horrible perimeter defense was an issue just for season of the tank.  Of course there is always the possibility defending the 3-ball is a bigger issue and will plague the Sixers in the future.

Another point fans can take issue with is how Brown managed his rotations.  Brown’s starters would keep games competitive initially and/or at the start of the second half.  Once they were subbed out for the reserves, it seemed the 76ers’ first five would sit for unusually large amounts of time.  The League’s second worst team had arguably the worst bench group in the history of the franchise and that collection of D-Leaguers hauled far too many minutes during this campaign.  Why didn’t Brown bring back his best players sooner in games this season?  Does Brown want to put a larger burden on the bench in the future?  Is his offense running the starters so much that they are legitimately fatigued?  The final answer, what could it be?  Yeah it was tanking.

Meanwhile, back on the offensive side, Brown gave shooters the green light this year.  This was evidenced through the Sixers taking 22.5 three point attempts per game, up five from last year.  An increased shooting philosophy saw Thad Young have a career year and embrace the new coach in the process.  “[Collins] would say, ‘I don’t want you taking any threes,’” Young said before the Sixers’ double-overtime win against the Magic at the Wells Fargo Center on December 4th.  “As opposed to Coach Brett coming in and saying, ‘I want you to step back and take threes.  It makes no sense to take a long two’.”

Personally I completely endorse upping the pace and coupling that with more threes.  Isn’t that Philadelphia’s new sports movement anyways?  It worked for the Eagles so why not the Sixers?

It didn’t work this year because the roster was almost repulsive and carried practically no shooters.  Seriously, play the role of head coach and start making rotation changes that you think would’ve helped this year.  Nothing would’ve made a difference.  James Anderson has no business starting on an NBA roster.  What was Brown going to do though?  Start Hollis Thompson at the two?  Elliot Williams?  Give Jason Richardson a wheel chair and throw him out there?  The 2013-14 76ers was constructed to be a terrible and it’s time to accept it and start looking forward.  It wasn’t about winning this year.  This year was about putting the philosophies in place.  New philosophies take time to get fully integrated and I believe there will be exponential improvement next year.

The rest of Philadunkia nation probably shares that same sentiment.  Next year will be a completely different roster that in theory should be filled with youth and talent.  As far as Coach Brown’s schemes and philosophies go, he will have to teach them all over again to the new guys.  That is why patience will be key in judging both Brown and GM Sam Hinkie’s three to five year process.

So Brown gets an INCOMPLETE as his grade for this year.  However chances are, we will know how to judge the taste of this Sixers “burrito” from a coaching standpoint by midway through next season.