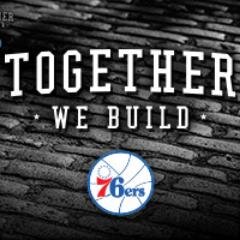 When the 76ers began the 2013 off season, the immediate future looked somewhat positive.  With All-Star point man Jrue Holiday leading the way as well as solid veterans like Thad Young, Spencer Hawes and Evan Turner on the roster, the franchise had a respectable core to build around.  Add the #11 pick in the 2013 NBA Draft, factor in the removal of the burnt out Doug Collins and his prehistoric offensive scheme, then add a free agent or two and you had the makings of what could have been a decent, watchable 2013-14 NBA season here in Philadelphia.

Back then, the scribes here at Philadunkia assembled a list of players from the 2013 free agent class who we felt could help improve the Sixers for 2013-14. Of course after Sam Hinkie smartly pushed the tank button at the 2013 Draft, that exercise turned out to be a complete waste of time.

Still, we thought it would be an interesting exercise to look back at the 2013 free agents we wanted the 76ers to add and review what type of season those players turned in this year.

Again, there’s no doubt that “tanking” was the right move, but many fans and “experts” thought the Sixers could have been moderately competitive this past season if they had kept their 2012-13 roster together and added the right pieces. Hinkie didn’t see it that way and like a professional gambler at Partypoker, the company with which the 76ers made a potentially major financial move in January 2014 by signing a notable sponsorship agreement, Hinkie decided to pass on all of free agents listed below and bet on a total rebuild by executing the Jrue Holiday to New Orleans trade.

Last summer Mayo was the runaway favorite of the scribes here at Philadunkia as a number of us thought he could start at the SG position for the 76ers and provide instant scoring.  In addition to playing the 2-spot Mayo could also have spent some time at the point for the Sixers when Holiday was resting.  Mayo posted a solid year for the Bucks, but nothing spectacular.

Before Hinkie started down the tanking path, the 2013-14 76ers were in desperate need of a high energy big who could rebound and play some defense.  Birdman fits that description perfectly, so a couple of the scribes here, including me, really liked the idea of adding this freak of an athlete to the Sixers’ roster for 2013-14.   We doubt he ever would have left Miami for Philly, but it couldn’t have hurt to make a call to his agent last summer.  Andersen turned in another good year with Lebron & Co.

Damien Wilkins (out of basketball)

In 2012-13 Wilkins played 61 games with 76ers averaging 6.4 PPG, 1.5 APG, 1.7 RPG and a 12.54 PER.  We really liked his veteran leadership, physical play and defensive abilities, so several of us here at Philadunkia were looking for the 76ers to bring Wilkins back as the very important ‘wily veteran in the locker room’ .  Hinkie chose not to resign Wilkins and he did not play in the NBA or anywhere else this year.

Ellis was another combo guard we really liked as a running mate for Jrue at the shooting guard spot and/or a back-up point guard. Obviously Monta can score the ball and that was something that the 2012-13 76ers also struggled with all season.  Ellis posted a great year for Mavs and helped guide them to the NBA playoffs.

Again, prior to the 2013 Draft night moves by Hinkie, the 76ers needed to bring in a big who could play defense and rebound. Kaman can do both of those things.  As a bonus, he owns a nice low post game.  Kaman struggled with injuries this season and was on a Lakers team that had their own version of tanking going on, but he still posted some decent numbers.

Prior to the tank initiative, Wright was another member from the 2012-13 roster that a few of us here at Philadunkia would like to have seen brought back to the squad for another season.  Hinkie has a thing for long, athletic players who can shoot and Wright certainly has the skill set.  Wright is/was a reserve off the Blazers bench this year and is putting up his lowest numbers in four years.

Before the 2013 NBA Draft we figured why not roll the dice and see if this kid has anything left to contribute at the NBA level. Thanks to the Heat, we all discovered Oden is a shell of the player that once ran the floor for Portland.

In summary, Mayo turned in arguably his worst professional season; Andersen has been useful for Miami, but he’s already 35, and would have been a one year fix for the Sixers; Wilkins “retired” at the right time; Wright slipped into a deep reserve role for the Blazers;  Oden and Kaman suffered from injuries.

The one big miss may have been Ellis, who in the past has been seen as a tricky player to build around.  He was sensational for the Mavericks, playing every game and matching his highest FG percentage (45.1%) in seven seasons while taking his fewest shots per game (15.6) in that span.  Ellis is only 28, and if this is the player he’s rounding into, he could have been a nice long-term backcourt partner for Holiday (though his defense still leaves something to be desired).

All in all, it looks like we didn’t miss out on much in the 2013 offseason.  And with cap space to spare and more draft picks than anyone can keep track of, the team now has the flexibility this year to make a significant jump toward a successful future. Like I said at the start of this post, tanking was the correct move.