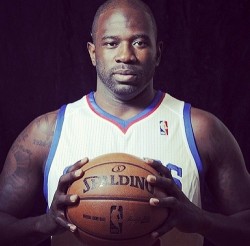 We’re exactly 4 days from Philadunkia’s home team taking the court for Training Camp 2014 and while we realize that the team’s fate for this season (Year of the Double Tank) is already sealed we still feel there are number of topics that deserved to be examined before the team hits the floor over at Stockton College.

Today we present the second installment in our new series here at Philadunkia that will ask and analyze key questions Sam Hinkie, Brett Brown and the Sixers will be facing heading in to training camp 2014.  Each day a question will be posed to three Philadunkia scribes — Jeff McMenamin, Michael Kaskey-Blomain and C. Smith — and their insightful answers (hopefully) will be posted for you the reader to view an comment on.

Jeff McMenamin:  I don’t see Richardson’s return affecting their playing time too much. Richardson is a shell of the player he once was even if he’s healthy. He hasn’t suited up for the Sixers since January 18, 2013 and the Sixers’ season is all about growth amongst the younger players.

Richardson being able to produce anywhere close to his career averages of 17.3 points, five rebounds and 2.7 assists isn’t likely.

If anything, Richardson will see five minutes a game, but I think Thompson and Wroten can breathe easy knowing that their minutes aren’t going to be affected.

Michael Kaskey Blomain:  I don’t think that the potential return of Jason Richardson to the Sixers’ rotation will have an enormous impact on the playing time of perimeter players like Hollis Thompson and Tony Wroten. Obviously, Richardson is more well-known and established league-wide than any of the Sixers other potential perimeter players, and if the team was in the playoff picture Richardson’s experience and IQ may afford him major minutes. However, as currently constructed, the Sixers don’t have much use for the 33-year old.

First of all, it is yet to be seen how Richardson returns. The shooting guard has spent over a season on the sideline, and for someone whose game was based on athleticism and explosion, that could be a problem. Coming off of an injury at his advanced-NBA age could really limit what he is able to do on the court, and this may prevent him from fitting well into Brett Brown’s up-tempo system.

Second of all, the team has made it explicitly clear that they have no immediate intention to contend, and that the ’14-15 season will be all about development. With that being said, it wouldn’t make much sense for Richardson, who has no long-term future with the franchise, to eat up too many minutes from young guys that may have a chance to stick with the franchise moving forward, who are trying to grow and develop on-court in the midst of a struggle season.

At this point in his career, Richardson would be best suited for a bench role on a contending team where he could come in for a few, spill a starter, and maybe knock down some shots. Unfortunately for the former dunk champion, that is pretty much the opposite of the Sixers’ situation currently. With Philadelphia, a lot of Richardson’s potential minutes may get lost in the roster rebuild.

C. Smith:  J-Rich’s potential/eventual return will have absolutely no impact on Hollis and T-Wroe.  Zip.  Zero.  Zilch.  First of all, has anyone confirmed that Jason Richardson will actually attempt to play in the NBA in 2014-15?  Back in March I read/heard that he had just experienced a setback that included pain and fluid in the surgically repaired knee.  Last I saw, Richardson was significantly overweight and out of shape.  Like Shaq and Shawn Kemp in their final playing days fitness levels.

If you follow him on Twitter you know that Richardson went to South Africa this summer and recently attended the Michigan State at Oregon football game, but there is no mention on his timeline anywhere that he is working out or that he has even been cleared to get up some jump shots.  So I can not imagine that he will participate in training camp at any significant level as Hollis and Wroten battle for the starting two guard spot.

Long story short, even if his knee gets healthy and allows him to play, I don’t se him getting in shape quickly enough that Brett Brown would ever put him in a game.   Still, I loved watching J-Rich play so I hope he proves me wrong and makes a few cameo appearances.