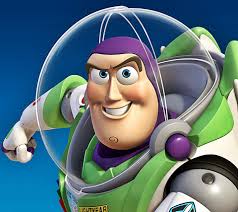 As I read about the fitness and basketball action going on over at Stockton College as well as how bight the future of this franchise is, I can’t help but recall the awful season we the fans sat through in 2013-14, and dread the hopeless season that is almost upon us.  Watching this team play in 2014-15 might be as eventful as watching the Washington Generals.

In a matter of a year and a half, General Manager Sam Hinkie has managed to assemble a team of young, athletic talent, with hopes that these kids will allow the Philadelphia 76ers to once again rise to the top of the League.  However watching a team lose night in and night out still gives us fans an uneasy feeling and makes waiting for the future to arrive difficult.

Hinkie has done well in his two drafts at the helm of the Sixers and managed to clear a mother load of cap space, but he needs to shine is in the NBA Free-Agent Market very soon or all these assets will go to waste.  Looking ahead, how this Hinkie performs in acquiring key pieces, particularly in the 2016 Free-Agent Class, could make or break Sam’s career as well as this franchise.

Even if the current roster develops as planned it will not contend for an NBA Championship down the road.  We all know that this team is in a purely developmental phase and that winning is not a goal in the upcoming season.  Hinkie and the entire staff are looking to find players who can be key-role players in a potentially bright future for the 76ers.  Players such as Hollis Thompson, Tony Wroten and Henry Sims will be given significant minutes so the coaching staff can determine whether they can be contributors in the future.  So let’s not be misguided as we read about the Sixers activities at Training Camp 2014 and watch the 76ers during this upcoming season.  In order to contend for a title, this team will need to have a bonafide superstar on the roster, maybe two.

By the time the 2016 off-season rolls around, not only will the above questionable role playing assets assume a more definitive role, but the major pieces on this team will hopefully have had some time to establish themselves.  Michael Carter Williams, Nerlens Noel and Joel Embiid will hopefully have developed it very respectable players in the Association.  But I don’t see superstar potential any of those three kids.  Still, when you combine that trio with Dario Saric and two 2015 first round draft picks, you have a highly skilled core.  But to thrust the franchise into the NBA’s elite, Hinkie will need to use that attractive core to lure a couple key free agent pieces to Philadelphia and the good news is, the Sixers will be in a financially sound position to acquire a few big names.

The 2016 Free-Agent Class may very well be one of the best in the history of the League.  Headed by reigning MVP, Kevin Durant, and runner-up Lebron James, there are multiple All-Star level players to be had.  Although Durant and James may be a far-reaches for Philadunkia nation’s home team, due to the Sixers’ enormous amount of cap-space, they should still be looked at as distant possibilities. They are currently the undisputed salary cap space top dogs in the League and in 2016 that could help facilitate a title run.

If Hinkie plans to continue building a young team, a player like Lance Stephenson (Team Option in 2016) could provide that gritty playmaker that Philadelphia has craved since Iverson left.  His strength, rebounding ability (7.2 RPG last season), ball-handling and offensive versatility are just a few of his many on-court strengths.  By the time 2016 rolls around, Stephenson will have presumably worked on his maturity issues and decision-making, leaving a highly skilled two-way player.

An alternative to Stephenson in the young and skilled department is Chandler Parsons (Player Option in 2016).  Known for his height and perimeter shooting, Parsons has proven to be extremely effective when placed on a team with other skilled players.  Even with Howard and Harden as main focuses on the Rockets, Parsons still managed to put up 16.6 PPG, 5.5 RPG and 4.0 APG, while playing an astounding 37.6 MPG (7th in the NBA).  His defense is also overlooked, as he provides a solid on-ball defensive game.  Parsons is as well balanced and athletic as they come, which could certainly help a possible Sixers championship run.

If Hinkie decides to go the Restricted Free-Agent route, there are plenty of names to be had.  Anthony Davis, Bradley Beal, Andre Drummond, Damian Lillard, Kevin Love and Dion Waiters are just a few of the highly-skilled players that could be significant additions to the Sixers organization. The two most intriguing names from the list are Bradley Beal and Dion Waiters. Both are highly talented and play a position of need for Philadelphia.

Bradley Beal is a player that could be had due to Washington’s cap situation.  Reports have suggested that the Wizards may make a run at Durant.  To secure John Wall and the rest of the key players on the team, Beal, if offered a max or near max-deal, could be the odd-man-out in Washington.  Beal is in the process of placing his name among the NBA’s elite and by 2016, he could very well be on that list. He is a tremendous scorer, putting up 17.1 PPG and hitting 40.2% of shots beyond the arc.  During the postseason, Beal managed to put up 19.2 PPG while hitting 41.5% from beyond the arc. His defense is solid, but he occasionally has difficulties when put up against bigger, stronger guards.  His scoring ability and postseason prowess could be exactly what Philadelphia needs, considering they ranked 19th in PPG at 99.5.

Dion Waiters is a special case, as his role with the Cavaliers next season may be limited, and he has made it known via Twitter that he will not accept a bench role.  Waiters is one of the most skilled players in the league.  His scoring ability has never been doubted, and he has exceptional ability off the dribble, as well as a massive amount of strength in his 6’4” frame.  He is one of the League’s most offensively gifted players. His main criticism comes from his lack of “hustle.” At times, he refuses to put in the effort to progress as a player, resulting in subpar-to-average defense and some blatant laziness on offense.  If Waiters learns how to constantly play with a “chip on his shoulder,” he can easily be one of the NBA’s elite scorers and a possible bargain on the Free-Agent Market.

There are a few other alternatives on the Unrestricted Free-Agent side that could be financial steals and would help put the 7-6 in title contention.  Eric Gordon, Nicolas Batum, Goran Dragic, Jeff Green, Joakim Noah, Ryan Anderson and Al Horford are all intriguing players.  A player like Eric Gordon would certainly help Philadelphia’s scoring woes.  He is a very well-rounded scorer at the shooting guard position, as he averaged 15.4 PPG last season and 22.3 PPG in 2010-2011, and is very hard to stop when he is on the court.  His problem is, he cannot stay on the court.  Since 2009, he has yet to play in more than 64 games in a single season. He has suffered from chronic knee problems throughout his entire career.  If Gordon can prove that he isn’t a health liability by 2016, the Sixers would be silly not to throw an offer his way.

Jeff Green and Nicolas Batum are intriguing options at the 3-spot.  Both are young scorers who aren’t afraid to grab rebounds. Batum managed to put up 13.0 PPG, grabbed 7.5 RPG and dished out 5.1 APG on a crowded Portland team.  Batum plays solid defense and isn’t afraid to get down and dirty on both sides of the court.  These are the kind of attributes that you’d like to rub off on the rest of the team.  Considering the Sixers’ young roster, paying a player to provide solid play and mentorship would be extremely wise.  Batum should be high on Hinkie’s want-list.

Jeff Green is a similar player.  He has excellent court vision to go along with his exceptional passing abilities and perimeter defense. He’s not afraid to make his presence known down-low, as he managed to grab 4.6 RPG. His ability, basketball IQ and work-ethic are all things that a team would hope would rub off on the surrounding players.  Green is another solid match for Hinkie’s squad.

Overall, this free-agent class has the potential to be historically good.  The skill level on the market could provide a major shakeup for the league, one that Philadelphia must take part in.  Acquiring one or two of the aforementioned possibilities, along with the talent on the team, would make the Sixers a dangerous team.  Sam Hinkie needs to determine the points of weakness and act during the 2016 Off-season for the sake of this organization.

The future success of this franchise lies in the hands of Brett Brown’s player development and Sam Hinkie’s off-season moves.  If the pieces fall into place in the next few years, the Sixers will be good in 2016-17… scary good.