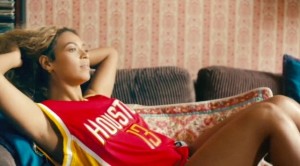 This edition of “Fo’ with the Foes” – Philadunkia’s advanced scouting series which with the help of an accomplished journalist from around the NBA beat or blog world, previews key upcoming 76ers games – features tonight’s opponent, the Houston Rockets who are currently 3-0 (wins over LAL; BOS and Utah), but will likley be without Dwight Howard tonight because of an injured knee.

After the jump, I’ll look a Fo’ key items for tonight’s game.  Additionally, we’ll get a little more insight into this Houston team the Sixers face tonight from our colleague Armin Khansari from thedreamshake.com, as Armin will answer Fo’ questions on his Rockets from us here at Philadunkia.

1)  Brandon Davies —  The journeymen big man played the game of his life on Saturday night vs. Miami — 18 points on 7-9 shooting in 24 mins. — and with Henry Sims likely out tonight (respiratory infection) Davies could get the start vs. Houston.  I am not in the Davies fan club.  In fact I have my doubts as to whether he could start for the 87ers, so I’ll be watching Davies closely to witness his continued “development”.

2) Sixers Offense — We know that without MCW, that the Sixers would struggle to score the ball.  Through 3 games they are averaging 89.3 ppg. which has them ranked 29th in the Association.  The Rockets play ole’ team defense just like the 76ers, thus I am hoping that the 76ers offense can crack the 95+ point barrier.  If they can’t reach triple digits against the defensively inept Rockets, then our offensive problems are worse than I imagined.

3) KJ McDaniels — Over his last two games, KJ is averaging 10 points per night on the strength of 63% shooting from the field and 50% from three (3-6) and I liked to see him keep this trend rolling so that we have a 2014 Draft prospect to watch develop this season.  Against the defensively challenged Rockets, I expect KJ to hit for 16 tonight and use this game as a springboard to a stretch of solid play that lands him in the starting lineup before Christmas.  I would also like to watch KJ guard James Harden for a while tonight.

4) Tony Wroten — After coughing up 8 turnovers against Milwaukee on Friday, the “mature” version of TWroe reappeared on Saturday night against Miami — 21 points; 10 dimes and only 4 turnovers.  He’s still launching too many threes — 1-6 in his last two games — but I think we can all agree that Wroten’s play through 3 games has been a pleasant surprise.  Tonight, I’ll be looking to see if Wroten plays under control and can string together 2 consecutive games where he turns the ball over 4 times or less.

Q&A with Armin Khansari from thedreamshake.com:

Philadunkia:  The Rockets are 3-0, but all 3 wins came over the NBA’s bottom dwellers (LAL; BOS; Utah) and now the Sixers are up on the schedule. Do you view this stretch as a good way to get the rust off and get some continuity, before HOU plays the Heat; SAS and GSW; or would you have liked the Rockets to open the season with a tougher schedule?

Armin Khansari from thedreamshake.com:  The easy opening schedule has been a blessing. No one is calling the Rockets title contenders based on this slate but it has helped tremendously. This team has had to transition to a new small forward in Trevor Ariza and basically an all-new bench (Jason Terry, Kostas Papanikolaou, Donatas Motiejunas, and Tarik Black). Of the four bench players in the rotation, only D-Mo was on the team last year. So continuity has been the key factor with the easy opening schedule. If only every game was against the Lakers, Jazz, and Celtics that would be awesome.

Philadunkia:  In the last two years, the Rockets taken a lot of criticism for their effort at the defensive end. Is there any chance in 2014-15, the Rockets follow Patrick Beverly’s (IMO a very good defender) lead and the team plays better defense?

Armin Khansari from thedreamshake.com:  All the advanced statistics say that the Rockets had an above-average defense last season. However, a video of James Harden playing some lazy defense made its way onto the internet and everyone jumped on that. Harden’s defense is poor, but I think we could make a video making any player look terrible at defense. The other issue was Chandler Parsons, who developed a reputation as a strong defensive wing in his rookie season in Houston. After that his defense fell off a cliff and has never returned to decency. Wings carved up Houston last year and it wasn’t just Harden’s fault. Now with Beverley, Ariza, and Dwight Howard the Rockets have a top 5 defender at point guard, wing, and center. Terrence Jones has always struggled against athletic bigs and that’s not likely to change and Harden’s defense has looked good in the early going (caveat being that the Rockets haven’t played a great team yet). All told, I think the Rockets will be a better defensive team this year than last and will be in prime position when the playoffs roll around assuming Houston makes the postseason.

Philadunkia: The Rockets bench lost Asik and Lin during the off-season, who will score the ball for McHale’s second unit in 2014-15?

Armin Khansari from thedreamshake.com:  Your guess is as good as mine. The Rockets have bench players that can score but none that can really create. Isaiah Canaan was supposed to be the backup point guard, but Kevin McHale has opted to play Terry and Harden together instead of making a like-for-like switch at PG when he goes to the bench. Papanikolaou has looked good so far and has a high basketball IQ and a good stroke but he’s untested against better teams. Donatas Motiejunas always kills it in preseason but has never brought any consistency to the regular season. And Tarik Black is a rookie backup center who isn’t relied upon to do more than hold down the fort until Howard can come back in. Terry is too old to be expected to score in bunches, but he can hit threes which is basically what this second unit is all about. So clearly the Rockets’ bench is a problem, but McHale will likely counter by having Harden or Howard on the court at all times to offset the lack of bench production. GM Daryl Morey is famous for his activity and I think we can expect him to try to bolster the bench if he gets an opportunity.

Philadunkia: I didn’t seem like D12’s knee injury was too serious, but it appears he will likely sit the game vs. Philly.  Is his injury a cause for concern or is this just a precautionary night off?

Armin Khansari from thedreamshake.com:  From everything that has come out of the Rockets’ camp it sounds like it’s just a precautionary night off if Howard doesn’t play. Houston has another game tomorrow night in Miami so that’s likely the reason. Patrick Beverley also suffered an injury against the Jazz and did not play against Boston.

Thanks to Armin Khansari from thedreamshake.com for his time and answers.