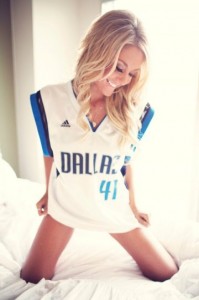 This edition of “Fo’ with the Foes” – Philadunkia’s advanced scouting series which with the help of an accomplished journalist from around the NBA beat or blog world, previews key 76ers games – features tonight’s opponent, Mark Cuban’s Dallas Mavericks who are currently 5-3 despite the shooting woes of Chandler Parsons, their tremendous off-season addition.

After the jump, I’ll look a Fo’ key items for tonight’s game.  Additionally, we’ll get a little more insight into this Dallas team the Sixers face tonight from our colleague Tim Cato of mavsmoneyball.com, as Tim will answer Fo’ questions on his Mavericks from us here at Philadunkia.

1)  MCW, MCW & more MCW —  Down in Dallas tonight, Michael Carter-Williams will take the court for the first time this year .  I will be very interested to see how much rust is on his game; his fitness level and with his very limited off-season what, if any improvements he made in his skill set.  I’ll also be paying close attention to how Brett Brown uses MCW tonight and how many minutes he logs as Brown has already noted that MCW will not play “38 minutes” and that he won’t be “put in a position to play extended minutes.”

2) The Scoreboard — Statistically speaking and through the eye test, right now these are to of the worst defensive teams in the Association.  Bot teams rank in the bottom 10 of the NBA in points allowed — Mavs 20th with 101 per night & the Sixers 27th with 106 per game.  Thus I expect a high scoring and very entertaining game.  Which if you’re going to lose as I expect the 76ers will do, is the fun way to go down.

3) KJ McDaniels — I’m not saying that KJ (10.2 ppg. over his last 5 games on 48% shooting) is the next coming of MJ, but he deserves to be in Brett Brown’s first-five.  McDaniels is the most exciting and well rounded player the 76ers currently have on the roster and sitting him behind the 2-year experiment known as Hollis Thompson is no longer acceptable.  If you remove last week’s 21-point burst against Chicago from the equation, Hollis Thompson has done nothing so far this season (7.5 ppg on 33% shooting from the field).  I’ll be taking notes on whether or not KJ gets more than his average 26 mpg. tonight and if Brown has him in the game during key stretches and the late 4th Q (if this game is close).

4) The Guard Rotation — MCW’s return presents any interesting and potentially difficult scenario for Brett Brown.  Brown will now have four seemingly healthy guards at his disposal (MCW; TWroe; Hollis and KJ).  Two of them (Wroten & KJ) have been playing very well early on this season.  One has struggled (Hollis) and one is just returning from injury (MCW).  Does MCW start tonight?  If not when?  Who starts at the shooting guard spot (Hollis; KJ or Wroten)?  How will Brown divide up the available minutes in the back-court?  Will there be drama?  We won’t get all these questions answered tonight vs. the Mavs, but how this balancing act plays out over the next couple of weeks is something I want to keep a close eye on.

Q&A with Tim Cato of mavsmoneyball.com:

Philadunkia:  I thought the Chandler Parsons addition was a fantastic off-season move by the Mavs.  I know he is struggling with his shot right now, but what has impressed you the most about Parsons play so far?

Tim Cato of mavsmoneyball.com:  I’m not overly concerned with Parsons’ play just yet. He’s got off to a slow shooting start, but he’s mostly generated good looks and has missed a lot of shots around the basket that should start dropping in the coming weeks. Even he said in the locker room the other night that he’s never had a slump this bad. I like what he’s able to do off the bounce to get to the rim, and he is excellent pushing the ball in transition and using all of his 6-foot-9 frame to elevate over the smaller guards that usually are running back on defense.

Philadunkia:  Were you surprised that 10 year vet and Philly native Jameer Nelson (another off-season signing) was able to grab the starting PG spot in Dallas?

Tim Cato of mavsmoneyball.com:  The idea all along was to sign Jameer Nelson as the starting point guard and keep Devin Harris off the bench, and that was part of the reason that Dallas was able to snag Nelson.  He’s a good shooter and Carlisle has praised his ability to generate quality 3-point looks off the dribble.  However, we’re quickly seeing why he was able to be obtained for $2.7 million this offseason. If his shot doesn’t fall, there’s very little he can provide to the team.  He’s never been a good defender thanks to his short stature, but he’s coupling that with technical mistakes and poor rotations.  He can do a few things off the dribble, but not enough to stand out if that shot isn’t falling.  While I think his starting spot is pretty safe for the next month or so barring an absolutely collapse, it’ll be interesting if Raymond Felton can push him a little when he returns from injury and finishes his suspension.

Philadunkia:  Early on, what have you seen from the Mavs that is your biggest concern / red flag?

Tim Cato of mavsmoneyball.com:  The defense is just miserable in every phase imaginable.  God bless Tyson Chandler, and he’s doing everything he can out there, but this squad just isn’t quite there yet.  Rick Carlisle is a miracle worker and we’ll see what he’s about to hammer into these guys over the next few months, but defense from top to bottom is a glaring red flag at the moment.

Philadunkia:  The Mavs are 5-3 with wins over BOS; Utah (2x); NOP and Sacto.  Their 3 losses have come against teams that are perceived as true contenders in their respective conferences.   I know it’s early, but right now, where do you stand on the Mavs place in the Western Conference and their potential to make the playoffs?

Tim Cato of mavsmoneyball.com:  I had the Mavericks as the fifth-best team in the Western Conference. Houston looks much, much better than I anticipated (but is also getting some unsustainable results from some players), so I could see them dropping to sixth, but as bad as the Dallas defense is, the offense is as good or better. I still see them finishing in the four- to seven-seed range, depending on how injuries happen throughout the conference.

Thanks to Tim Cato of mavsmoneyball.com for his time and answers.