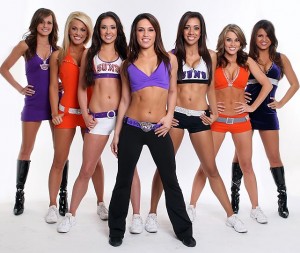 This edition of “Fo’ with the Foes” – Philadunkia’s advanced scouting series which with the help of an accomplished journalist from around the NBA beat or blog world, previews key upcoming 76ers games – features tonight’s opponent, the Phoenix Suns who stand at 7-5; have won two straight and feature Eric Bledsoe who recently made some interesting comments on a potential 76ers vs. Kentucky Wildcats match-up.

After the jump, I’ll look a Fo’ key items for tonight’s game. Additionally, we’ll get a little more insight into this Phoenix team the Sixers face tonight from our colleague Kevin Zimmerman at valleyofthesuns.com, as Kevin will answer Fo’ questions on his Suns squad from us here at Philadunkia.

1)  The 76ers Offense:  We all know by now that the 76ers’ offense — how should I say this nicely — struggles to score points.  Hell, they even forced Papa John’s to alter their day after the game pizza promotion.  Most glaring on that end of the court is that for a bunch of professional basketball players, this team has zero ability to knock down jumpers.  They have scored 100 points only once this season and barely put up 90 points against the defensively woeful Boston Celtics (107.5 ppg. — 28th in the League) on Wednesday night.  The Suns (104 ppg. — 25th in the League) are only slightly better on defense than the C’s.  Thus I am praying that the Sixers found something on film that they can exploit against the PHX defense that does not involve launching threes from all over the court and that this team cracks the Benjamins mark tonight.

2)  Eric Bledsoe:  After his Kentucky > 76ers comments this week (Note: Bledsoe spent one year playing at Kentucky), I’ll be very interested to watch if the Sixers go right at Bledsoe tonight and whether or not the Sixers give Bledsoe a couple “playoff style” fouls early on in this one.  I’ll also be anticipating the reception Bledsoe will receive by the few faithful that will be down at the WFC tonight.

3)  MCW:  Carter-Williams now has four games under his belt and he finally made his first start Wednesday since his return from shoulder surgery.  Additionally, last season he averaged 24.5 points along with 8.5 assists across two games vs. the Suns. Thus I am looking for this to be the game where MCW shakes off the rust (He’ shooting 36% from the field and bottomed out on Wednesday night with a 4-13 outing) and posts a solid all around stat line.  I’m not expecting #1 to drain threes and play tremendous on-ball defense tonight, but I am eager to see if MCW can play more consistent basketball.

4)  KJ McDaniels:  I can’t understand why this rookie is not getting more minutes.  Neither can he nor his mom.  Brown’s excuse that he was trying to get “a look at Covington” on Wednesday night as the reason KJ received as season low 11 minutes and was not in the lineup during the 4th Q of a close game does not fly with me. Something is fishy here.  I realize he is not a budding superstar, but KJ is one of the best all-around players on this roster and can help this team on the court more than Thompson, Covington and the rest of the garbage on the Sixers’ bench.  If he doesn’t receive at least 30 minutes tonight, it’s time to REALLY start questioning this franchise’s rebuilding tactics.

Q&A with Kevin Zimmerman at valleyofthesuns.com:

Philadunkia:  First, Eric Bledsoe had some interesting thoughts about the 76ers and a potential matchup with Kentucky. Then on Wednesday night, Markieff Morris gave the media some fun comments on KCP of the Pistons. When did the Suns become such a fiery bunch?

Kevin Zimmerman at valleyofthesuns.com:  I honestly can’t tell you where this is coming from, but I think it happened in two different situations.  Markieff is considered the more quiet of the twins when dealing with the media, so that was definitely surprising he mouthed off after the Pistons game.  That said, his tussle with Kentavious Caldwell-Pope wasn’t, and his on-court demeanor is certainly a lot different than how he acts in the locker room (he actually has picked up quite a few technicals in the past few years).

Bledsoe’s case is a bit different.  I’m not making an excuse for him because he has to be more media savvy (or attentive) to what he says, but I think he was pretty much baited into the answer because he loves his Wildcats.  He’s a quiet guy as well, and I doubt he thought twice about how that comment could be used.  I took it as, “I can’t pick against Kentucky.”  In any case, their comments are certainly making this road trip more fun from out perspective.

Philadunkia:  The Suns have struggled on defense so far this season and are giving up 104 ppg.  What are some of the issues you see for the Suns on that end of the court.?

Kevin Zimmerman at valleyofthesuns.com:  Really it’s been about consistency so far.  There have been spurts where they have shut down some good offenses, most notably in wins against San Antonio (though the Spurs offense isn’t nearly what it was last year) and Golden State.  Jeff Hornacek is trying to use his perimeter depth to put pressure on teams and tire them, but often times it’s led to players getting into the paint at will.  Phoenix’s rim-protecting defense hasn’t been great by the numbers, but it has gotten some decent glimpses of Alex Len’s potential and consistent hustle from Miles Plumlee.  It just hasn’t come together at the same time or for more than a half.

Philadunkia:  The Suns nearly blew an eight-point lead in the final two minutes against the Pistons on Wednesday.  On Monday night, they almost a 14-point second-half advantage slip away vs. Boston.  Where these situation where the Suns relaxed for a bit / played down to the competition or do you see a more glaring problem?

Kevin Zimmerman at valleyofthesuns.com:  It’s partially about the focus thing, as I mentioned regarding the defense. But the offense also has its own set of flaws that pop up when the Suns aren’t ramming it down their opponents’ throats.  Phoenix is still trying to recreate the spacing that Channing Frye gave them from the power forward slot last year.  The Morris twins have been hot-and-cold to a degree, but even when they’re on it’s a different type of pick-and-roll game.  Against Boston, Markieff was at his best making decisive moves with a dribble, shot or pass off the pick-and-roll.  But often times he will catch and hold the ball.  That’s a big issue across the roster.  From Gerald Green to Isaiah Thomas to Eric Bledsoe, there are just a lot of guys who are accustomed to scoring off the bounce themselves.  Ball movement has been hard to drum up.

Philadunkia:  The Suns are 7-5 and have won two straight against bottom dweller Eastern Conf teams.  I know it’s early, but so far how do you feel about the Suns team in general and their playoff potential?

Kevin Zimmerman at valleyofthesuns.com:  I personally picked them to win 47 games before this season began and think that’s still fair. As expected, the issues of moving on without Frye have come true.  He and Goran Dragic were the best pick-and-roll duo in the league by some statistics last year.  Adding a lot of depth makes up for it, but it’s going to be a process for Hornacek to figure out rotations, make everyone happy and get his team to play consistently well on both sides of the ball.  So I think 47 wins is possible — and that’s with improvement upon the present state — but it’s hard to say if that is enough to make the playoffs with Sacramento and New Orleans looking much improved as well.  Last year, 48 wins didn’t cut it and the Suns could be short once again.

Thanks to Kevin for his time and answers.