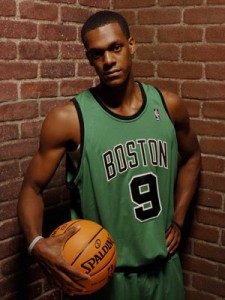 Unless you have fallen “off the grid” in the last 48 hours, you are aware that Boston Celtics General Manager Danny Ainge listened to offers from a number of NBA teams for elite point guard Rajon Rondo.

It’s not official yet, but it is being reported that the front runner in these rumored talks, the Dallas Mavericks, have struck a deal for Rondo and willing send at least one future first-round pick; a 2nd round selection; Jameer Nelson and slowly developing power forward Brandan Wright to Beantown in exchange for #9.

Any way you slice it, Rondo leaving Boston is a good thing for the 76ers, and being traded out of the Atlantic Division and the Eastern Conference even, is a nice boost for the rebuilding process of the Sixers.

It’s no secret that Ainge has tried to execute a long term rebuilding process in Boston while keeping Rondo who is a bona-fide star, a fan favorite and the last remaining key player still with the franchise from the Celtics 2008 NBA title run.  The results of this hybrid rebuild have been mediocre at best, as a 25 win year in 2013-14 and a 9-14 start to this season would indicate.

Even with his frequent and weird injuries over the last year as well as a roller coaster start to the 2014-15 season, Rondo remains one of the elite players in the Atlantic Division.  In the short term, the Celtics are better with Rajon Rondo — period. Resigning Rondo and rebuilding around a veteran, NBA Champ of his caliber would most likely keep the Celtics ahead of the Sixers in the race back to respectability for these once proud franchises and rivals.

However, by dealing Rondo Ainge has gone into full blown rebuild mode, something the 76ers committed to in summer 2013. Not only is Ainge be over a year behind Hinkie in the rebuilding process, but it’s hard to imagine he could gather as many assets (Embiid; Saric; Furkan; McRae; two 1st round picks in 2015 and a slew of future 2nds) as Hinkie has done for the Sixers with such speed.  In trading Rondo, it seems to me that the 76ers have immediately jumped ahead of their hated rivals in the race to being a relevant NBA team again.

As the 2014-15 season opened, the Raptors, in my opinion were clearly head and shoulders above the rest of the teams in the division. The remaining franchises were simply fighting it out for  Draft Lottery spots (The Sixers are clearly winning that battle).  Despite what the Zen-master Phil Jackson says, the Knicks (5-22) are an absolute mess and going no where any time soon.  I don’t think Rondo could change that status immediately (NYK was also a rumored destination), but if the NYK could resign him, a ‘Melo/Rondo pairing would be a great start to a new era at MSG.  The Nets are even bigger sh** show than the Knicks as they are capped strapped, have Billy King as their GM and now may be facing a change in ownership structure.

Because of the status of the Kicks and Nets, I honestly believe that the race to see who would challenge the Raptors at some point down the road (a ways down the road), was between the tanking 76ers and the rebuilding Celtics.  But moving Rondo out of Boston to the Western Conference changes all of that thinking and puts the 76ers in the driver’s seat among the Atlantic Division’s bottom dwellers.

So, as Rondo packs his bags for Dallas, rejoice Sixers fans, rejoice.  It’s a move that benefits the 76ers and you deserve to celebrate something during the season of tank 2.0.