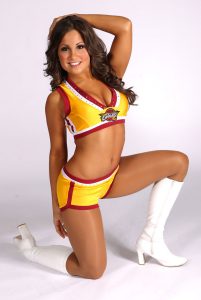 This edition of “Fo’ with the Foes” – Philadunkia’s advanced scouting series which with the help of an accomplished journalist from around the NBA beat or blog world, previews key upcoming 76ers games – features tonight’s opponent, the Cleveland Cavaliers who are without LeBron as well as Kyrie tonight because of injuries and have lost 4 out of their last 5 games.  Included in this recent stretch of losses is last night’s 19-point loss to the Mavericks by the Cavs — in Cleveland.

After the jump, I’ll look a Fo’ key items for tonight’s game.  Additionally, we’ll get a little more insight into the Cavaliers team the Sixers face tonight from our colleagues Scott Sargent at waitingfornextyear.com, as Scott will answer Fo’ questions on the Cavaliers from us here at Philadunkia.

1)  The Sixers Defense:  The 76ers have allowed 121.7 points per game in the past three games and 115.4 over the recent 5 game losing streak that ended their seven-game, “Frozen on Ice” induced road trip.  Tonight the Cavs will be without their #1 and #2 scoring options — LeBron and Kryie — as well as the all-important Varejao.  So I am looking for the 76ers to clamp down on Kevin Love and force either Dion Waiters and Shawn Marion to step up and carry the Cavs for a night.  If that happens, I want the Sixers perimeter players to give maximum effort on that end of the floor (for real); lock down these second tier NBA players and let defense push the Sixers to a win.

2)  Kevin Love vs. Sixers Bigs + Help:  In his last two games, Love has totaled 57 points by hitting 6 of 11 from 3-point range in those two games.  He posted a season-high 30 points and 10 rebounds against the Mavs on 11-21 shooting from the field.  According to ESPN.com, Love has feasted on the Sixers of late — scoring a combined 52 points to go with 22 boards in his last two against the 76ers. I don’t think a single 76er big can guard Love all night, but I think a combination of Sims, Luc, and if you think out of the box, maybe Covington with help from a guard double team effort can harass Love all night and keep him off balance.  Simply put, Brown needs to come up with some sort of scheme, because if the Sixers attempt to guard Love one-on-one, the Sixers are in for a long night.

3)  Show Some Pride:  The Sixers dropped the last 5 games of their Holiday Season road trip; were out classed by an average of 26 points per game over that stretch of L’s and gave up a season high 127 points to the LA Clippers on Saturday night. Additionally, the 76ers are 0-14 at home this season.  If it gets much lower than this during the 2014-15 season, I may jump off the Ben Franklin Bridge. Tonight I want to witness the Sixers come out and play with energy as well as a sense of urgency and jump all over a shorthanded Cavaliers squad that played last night in Cleveland. Frankly I see this as a must win game for the Sixers (yes, it was weird to type that line during the season of teh double-tank.), because if they can’t shake out of this recent slump tonight, things could get brutally ugly for this team long before the 2015 All-Star break.

4) Tony Wroten’s Play:  Over his last 5 games, TWroe is averaging 21 ppg. and 3 apg. on 46% shooting from the field and I am very interested to witness if he can keep this level of play going for an extended period of time.  As a career 24% shooter from deep, Wroten is still shooting too many 3’s for my tastes (9-32 = 28% over that stretch), but I am really enjoying watching him play and I am starting to wonder if he may have a future here in Philadelphia.

Q&A with Scott Sargent from waitingfornextyear.com…

Philadunkia:  The obvious question for outsiders is…How concerned are you about Lebron’s nagging knee and back injuries that have forced him to sit out two weeks?

Scott Sargent from waitingfornextyear.com:  I’m only concerned at the level that knee and back injuries can reoccur.  I have zero doubt that the team won’t make the right call with regard to all precaution here.  “Strain” is a pretty vague term, and the unknown is always a bit scary, but if I had to put a number on it, I’m at like a 2 or 3 on the fear scale.

Philadunkia:  A number of “experts” feel that the Cavs have underperformed this season.  What were your preseason expectations and what are your thoughts on where they stand 35 games into the season?

Scott Sargent from waitingfornextyear.com:  My preseason expectations were in the 50-55-win range, putting them right in the mix for one of the top three spots. Given pace, they’re likely to fall a little shy of this, so I guess, from a win-loss standpoint, they’re underperforming.

The more alarming element is that even some of their wins haven’t been as dominating as I had expected. I assumed the team would have figured out how to utilize Kevin Love by this point; I didn’t expect them to lose their starting center; I had hoped we would see an actual rotation.

I’ve long said I won’t judge this team until April. There are way too many new, young pieces in place to assume instant results. The down side is that this level of star power leads to microanalysis and this team hasn’t performed well enough to meet those marks.

Philadunkia:  Kevin Love has played very well in his last two games.  Can he carry the scoring load until Kyrie and Lebron get healthy?

Scott Sargent from waitingfornextyear.com:  He will have no choice.  He’s just 25 (something many forget) and is less than a year removed from a 26 and 13 campaign.  His back has been giving him fits lately — there must be something in the water in Independence — but I fully expect him to fill in the gaps while given the chance.  The key will be making it work once LeBron and Kyrie are back.

Philadunkia:  What player not named Kryie or Kevin are you hoping steps up in Lebron’s absence?

Scott Sargent from waitingfornextyear.com:  Dion Waiters.  You should appreciate this given his Philly ties, but the team desperately needs him to show some consistency on both ends of the floor.  His minutes have been an issue this season, but if he doesn’t piss anyone off, he could very well be the No. 2 option behind Love while LeBron and Kyrie are out.  Only Dion will be able to stop Dion.

Thanks to Scott for his time and answers.