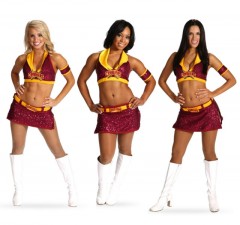 This edition of “Fo’ with the Foes” – Philadunkia’s advanced scouting series which with the help of an accomplished journalist from around the NBA beat or blog world, previews key upcoming 76ers games – features tonight’s opponent, the Cleveland Cavaliers who since the 76ers beat them last month, have added Iman Shumpert and JR Smith as well as Timofey Mozgov and currently own a 10-game winning streak.

After the jump, I’ll look a Fo’ key items for tonight’s game.  Additionally, we’ll get a little more insight into the Cavaliers team the Sixers face tonight from our colleague Scott Sargent at waitingfornextyear.com, as Scott will answer Fo’ questions on the Cavaliers from us here at Philadunkia.

1)  MCW to Keep Rolling:  Over his last 3 games, Michael Carter-Williams is averaging 15 points; 9 dimes and 8 boards per game while only turning the ball over 4 times per night.  He’s shooting 44% from the field (16-36) and 42.8% from three (3-7). However. what has been most impressive is his control of the Sixers offense on the fast break or in the half court.  Suddenly MCW is making nearly all the right decisions; doing a great job of setting up teammates and not forcing his shots (especially ill advised threes).  It’s as if the “How to play PG in the NBA” light suddenly went on for #1.  I’ll be watching tonight to see if he can keep up this stellar play against one of the elite teams in the East.

2)  76ers on Offense:  Since the addition of Mozgov and Shumpert, the Cavs defense has been outstanding.  After ranking 29th in the association on defense for most of the season, according to ESPN.com, the Cavs have only allowed an average of 92.9 points and held opponents to 40% shooting in the past eight games.  That’s not good news for the Sixers anemic offense which ranks 3oth in the League with a 89.6 ppg. average (over last 8 games that stat has dropped to only 85.9 ppg.).

3)  76ers Defense:  When compared to 2013-14, I am willing to acknowledge that the 76ers defense has taken baby steps forward over the first 40+ games of this season, but they were still one of the bottom ten defensive teams in the League (allowing 101.2 ppg.). However, in the last 3 games I have watched this Sixers squad play respectable defense and hold the Pistons (without Jennings) to 69 points; the Twolves to 94 points and the very offensively skilled Hawks to 91 points. So, tonight I am interested to witness if the 76ers defense has really improved and to watch how they play against the high octane Cavs.  Or if the lowly Pistons / Wolves helped matters on that end for the 7-6 and if the Hawks were simply weary from playing Portland the night before their game against the 76ers.

4) The Cavs New Lineup:  Outside of a couple glimpses on NBATV, I have yet to see a great deal of action from the new look Cavs that have now won 10 straight games.  I am very eager to watch how all of the new pieces work with LeBron and Kyrie on offense;  to see how Shumpert and Mozgov have stabilized the Cavs defense and to get a first hand view of a JR Smith free of the distractions in NYC that were holding him back.  Hopefully the Cavs put on a good show.

Q&A with Scott Sargent from waitingfornextyear.com…

Philadunkia:  A month ago, the 76ers came from 17 down to beat the Cavs. Obviously things have turned around in Cleveland since that game.  What part of the turn around and the winning streak has impressed you the most?

Scott Sargent from waitingfornextyear.com:  The defense has been far and away the most impressive part of the turnaround. The school has always been there; the health has not.  It seems that all of the pieces are slowly coming together and we are starting to see what the Cavaliers should have looked like from day one.  But it’s the defense — from Kyrie to Timo Mozgov off to LeBron James — are all defending extremely well and it’s leading to a slew of double-digit victories.

Philadunkia:  The Cavs defense has improved tremendously over this recent winning stretch.  Besides the personnel changes, what other elements have been key to the huge improvement at that end of the court?

Scott Sargent from waitingfornextyear.com:  Well personnel is a big part of things, but health is as well.  LeBron was a shell of himself early on.  Now he is starting to jump into passing lanes, chase down transition opponents…he’s being LeBron.  I don’t believe that Kevin Love is 100 percent, so there’s even some upside here.

Philadunkia:  With Smith; Irving; Love and James in the lineup the Cavs now have a number of players who need touches to stay happy.  Once the honeymoon period is over, how do think the Cavs offensive is going to run and will all of the egos be satisfied?

Scott Sargent from waitingfornextyear.com:  I’m not sure the honeymoon phase you mention cannot last through the season. Next year may be a different story but it appears that all of these guys are fully on board with their respective roles.  Kyrie dropped 55 a few nights back and was the fourth leading scorer on Saturday.  None of them necessarily need touches.  They’ll get theirs one way or another, even if it means the next night.

Philadunkia:  Any chance the Cavs are looking past the 76ers to their matchup with the LAC on Thursday and they let this one slip away tonight?

Scott Sargent from waitingfornextyear.com:  There’s always a chance.  They took Sunday off and didn’t go through shoot-around this morning, still coming off of that four games in five nights stint.  They could come out flat.  I don’t know if it’ll necessarily be the Clippers, but this streak has to come to an end at some point. Weirder things have happened, but I don’t blame Vegas for putting a 16.5-point spread on this one.

Thanks to Scott for his time and answers.