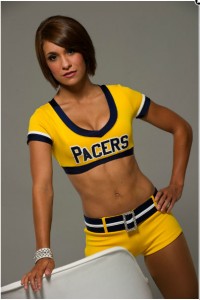 This first game back from All-Star Weekend edition of “Fo’ with the Foes” – Philadunkia’s advanced scouting series which with the help of an accomplished journalist from around the NBA beat or blog world, previews key upcoming 76ers games – features tonight’s opponent, the Indiana Pacers who won 4 of their last 5 games headed into the break and are two games back of the 8th playoff spot in the East.

After the jump, I’ll look a Fo’ key items for tonight’s game. Additionally, we’ll get a little more insight into the Pacers team the Sixers face tonight from our colleague Jared Wade at 8points9Seconds.com as Jared will answer Fo’ questions on the Pacers from us here at Philadunkia.

1) The 76ers’ Energy and Attitude:  Sam Hinkie just gutted a roster that was starting to gel as a team, was highly entertaining to watch and appeared to enjoy playing together.  On a team that’s already struggling for wins and to keep spirits high, these changes will not be easy items for the coaching staff and players to digest.  Tonight, if the Sixers have anything in the tank emotionally, I’ll be very impressed.

2) The Sixers Defense:  Yesterday’s trades create an interesting scenario on the defensive end.  Gone is KJ the team’s best all-around defender and a great shot blocker.  Also gone is MCW, one of the team’s leaders in steals,  but also one of its weakest on-ball defenders. I’ll be watching tonight to see if the Sixers defense which had been steadily improving looks any worse.  Or maybe via some miracle, it gets better without MCW in the 1st-five.

3) Tim Frazier:  It’s your show young buck, lets witness if this assist machine  (8.7 apg.) can turn his second 10-day contract into a deal for the rest of the season.

4) Robert Covington:  With MCW gone, Covington now becomes the Sixer that every opposing defense will aim to stop.  I am eager to watch if he can handle the pressure of being a #1 option in Brown’s offense.  I’ll also be looking to see if/how Brown helps this kid with his X&Os as other team’s defenses scheme to shut down Cov.

Q&A with our man Jared Wade at 8points9seconds.com…

Philadunkia:  Were you surprised the Pacers made no moves at the trade deadline?

Jared Wade @ EightPointsNineSeconds.com:  Not really.  They want to make the playoffs, so I was expecting them to by buyers rather than sellers if they did anything.  And, frankly, they just don’t have many assets other teams want.  If they were willing to deal there first-round pick this summer (which they probably shouldn’t have been), then that would obviously get some attention, but I don’t think many GMs are thirsting for Solomon Hill or Luis Scola’s expiring deal.  They were reportedly in talks with Oklahoma City about Reggie Jackson, but Larry Bird can be bit cautious and it seems like a lot of other front offices fell into a mind set of, “Screw it, just get the deal done and we’ll figure out what we’re getting back later.”

Philadunkia:  The Pacers 21-33, so what are you expecting from them the rest of the season?

Jared Wade @ EightPointsNineSeconds.com:  I think they will play well, be better than .500, and generally be very watchable.  People really don’t appreciate how many injuries they’ve had.  George Hill has missed almost 40 games, David West missed 15, C.J. Miles missed around 10, Ian Mahinmi has missed 20ish, Rodney Stuckey missed about 8 and started the year on a minutes count, Roy Hibbert missed a few.  There was one game where, counting Paul George, their seven best players were unavailable. But since everyone has (mostly) gotten back, they’ve looked a lot better, and most of this is due to George Hill, who is playing balls-to-the-wall right now from an aggression standpoint.  He’s arguably been playing the best ball of his Pacers tenure over the past 10 games. With Miami, Brooklyn, and Boston all theoretically getting a bit better, it may be a little tougher now.  But I expect them to make the playoffs.

Philadunkia:  I believe a return date of 3/17 has been set for Paul George. But in reality, how much game action do you think George will see over the last month or so of the season?

Jared Wade @ EightPointsNineSeconds.com:  He is supposedly doing everything but full-court 5-on-5 in practice now, and I think that 3/17 date sounds reasonable. He will naturally be on a minutes restriction for the first four games or so, but I expect him to be back now and get up to 25 minutes per game by the end.  It’s a bone break (well, two bones), not a soft tissue issue, so the risk of re-injury should be minimal.  And with the amount of physical therapy and strength training he’s been doing, his legs should be stronger than ever.  Of course, the mental struggle to overcome the physical limitations his brain will believe he still has will be the hardest part of getting back.  Well, that and the conditioning.  But I think he’ll get back and we’ll see a few flashes of the All-NBA guy from last year before the year ends.

Philadunkia:  Heading into the ASB, what’s one on-the-court item you liked about the Pacers that we should be on the look out for tonight?

Jared Wade @ EightPointsNineSeconds.com:  George Hill leading the show.  Since he has been back in the starting lineup (only the past five games), the Pacers have played with much more energy and unity.  It’s a credit to the team’s resiliency and the deep bench players (Donald Sloan, A.J. Price, Lavoy Allen) that this team even has 22 wins right now, and they have played hard like professionals all year.  But now that Hill is back, it’s just a bit different.  They seem to believe that playing with full effort and precision with earn them wins now, and it has shown with a big win over the Cavaliers, a near-defeat of the Spurs, a late-game thriller to beat the Hornets, and a throttling of the Pelicans leading into the All-Star break.  The Pacers are 4-1 in the five games George Hill started in February.  That’s not a coincidence.
Thanks to Jared for his time and answers.