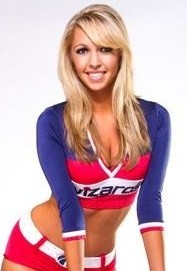 This ‘still trying to recover from the ass kicking the Bucks gave the 76ers’ edition of “Fo’ with the Foes” – Philadunkia’s advanced scouting series which with the help of an accomplished journalist from around the NBA beat or blog world, previews key upcoming 76ers games – features tonight’s opponent, the Washington Wizards who right now may be playing as poorly as the 76ers.  The Wizards have lost 5 straight and 10 of their last 12, but still boasts Sixer killers John Wall and Marcian Gortat.

After the jump, I’ll look a Fo’ key items for tonight’s game.  Additionally, we’ll get a little more insight into the Washington team the Sixers face tonight from our colleague Rashad Mobley at truthaboutit.net as Rashad will answer Fo’ questions on the Wizards from us here at Philadunkia.

1) 76er Turnovers:  A 76ers team featuring a host of new faces — at one point there were three 76ers on the floor who were not on the roster last week — turned the ball over an embarrassing 28 times.  “You get a bunch of new guys crashing into each other, and you turn it over,” coach Brett Brown said. “It’s an extraordinary amount of turnovers.”  Obviously after 1.5 days of practice (insert Iverson joke here) I am looking for that number to come down significantly.

2) Jason Richardson:  In his third game back after being sidelined roughly two full seasons due to knee and foot issues, ol’ man Richardson led the 76ers in scoring (16 points) vs. the Bucks on Wednesday night.  He’ll never be the high flying J-Rich I remember form his GSW days, but he shot the ball well (6-11; 4-8 from three) and was the only reason the Sixers didn’t lose by 40.  I will be interested to see if he can make that type of contribution two games in a row.

3) Thomas Robinson:  I am still on the fence about the Sixers acquiring (off waivers) the 6-10 forward who was the 5th overall pick in the 2012 NBA Draft.  Against Milwaukee he played an aggressive, physical style of ball that had a nasty edge to it (scored 7 points while grabbing 6 boards).  That nasty streak is something this Sixers roster — which is filled with “nice guy” players who seem happy just to be in the League — is desperately lacking.  I’ll have an eye tonight on TRob to see what kind of effort he brings in his second game as a 76er.

4) Proof of Life:  The 76ers were absolutely embarrassed by the Bucks and MCW on Wednesday night.  I know all the reasons/excuses and I understand them.  Still, tonight I am looking for the 76ers to show a pulse as well as some pride and play much better.  Come out with energy and hustle, execute on offense, play solid defense and make this a competitive basketball game against n Wizards team that is beat up and struggling badly right now.

Q&A with our man Rashad Mobley at truthaboutit.net…

Philadunkia:  The Wiz have lost 5 straight and 10 of their last 12. What has caused this team that looked so good in December and January to come unglued?

Rashad Mobley at truthaboutit.net:  The kneejerk reaction is to say the Wizards peaked in December and January, and now they are just in a slump, but that’s far from the truth.  As I heard Tony Kornheiser say on his radio show on Thursday, a slump is when you simply lose a few games in a row as the Wizards have done five straight times.  But just like the Cleveland Cavaliers are hot because they’ve won 18 of 20, the Wizards are ice cold because they’ve lost 10 of their last 12, and they’ve gone just 8-13 sincetriumphantly defeating Derrick Rose and the Bulls in Chicago on January 14th–their last victory against a winning team.  The Wizards have been struggling for over a month now and there the list of reasons why is quite lengthy.

The recent slide can partly be attributed to the absence of young Bradley Beal.  Beal can shoot the three and he’s not adverse to driving, creating contact and getting to the line–not coincidentally the Wizards have struggled in that area as of late.  35 year old Rasual Butler who on the offensive side of the floor  made everyone forget Trevor Ariza early in the season, is in an extended shooting slump, which is only highlights his deficiencies on offense (he tried and failed miserably to guard LeBron James during last week’s blowout).  Paul Pierce — his 25-point game against the Warriors notwithstanding — is starting to look every bit of his 37-years on both ends of the floor, and Otto Porter (lack of consistency and confidence) and Martell Webster (lack of rhythm after back surgery) have not picked up the slack.  When you throw in a thin ineffective bench, a slumping Marcin Gortat and an unrealistic burden on John Wall’s shoulders (he’s a playmaker not a scorer) you have an (un)perfect storm of obstacles which the Wizards can’t seem to outrun.  And I’ve yet to mention that the Wizards had the NBA’s second-easiest schedule before the break and the fourth-most difficult one after it.

Their recent struggles aren’t at all surprising. This team needs a lot to go right to thrive and right now everything is going wrong.

Philadunkia:  Do you think the Wizards can recover from this slump and finish out the regular season with a strong push?

Rashad Mobley at truthaboutit.net:  It depends on how you define recover.  As Randy Wittman alluded to before the Cleveland game last week, a big chunk of the season (54 games to be exact) was played before the All-Star break, which means percent (28 games remain, and the Wizards lost the first four of those.   Luckily for them, the upcoming schedule does contain some opportunities to get better quickly–provided they mildly improve on their recent play of course.   The Wizards face the lowly Sixers tonight (yes I know the Timberwolves are also lowly and they beat Washington), the next night they play the Pistons–yes the Wizards lost by 17 to them last Sunday, but they did lead by 11 at halftime.  The next three games are against the Derrick Rose-less Bulls, the Chris Bosh-less Heat, the Milwaukee Bucks and the New Orleans Hornets. Thess teams will all give the Wizards an opportunity to win at some point, because they are submerged in time of injury or personnel related struggles of their own.

On the court, the Wizards need Beal back on the floor. His presence allows Pierce to have open looks, it lets Wall get out and run and it allows Nene and Gortat (despite his struggles) more room to operate.  He also runs with the second unit, which may jump start Rasual Butler’s jump shot and give the newly acquired Ramon Sessions some improved looks on the floor.  It isn’t fair to pin a strong playoff push on the injury-prone Beal, but given that the other players on the roster (Wall excluded) have not stepped up in his absence, there simply aren’t a lot of places to look for help.

The good long-term news is that the Eastern Conference is top heavy and the Wizards’ are unlikely to fall out of the playoffs.  They won’t catch the top three teams in the East (the Hawks, the Raptors and the Cavs), but they are just three games behind the now Derrick Rose-less Bulls. If the Wizards play well enough to remain in the fourth or fifth spot, and play the Bulls in the first round, they have a decent chance to win that series and advance to the second round the playoffs–where they will most likely get trounced by the aforementioned three top tier teams.  If they allow Milwaukee (who has won seven of their last ten games) to overtake them or if they continue losing and fall below the fifth seed, they will surely be blown out in the first round, which would mean they never recovered from their slump.  The line between feast and famine is literally one or two playoffs slots.

Philadunkia:  What’s the latest on a possible return date for Bradley Beal?

Rashad Mobley at truthaboutit.net:  Per J. Michael of Comcast SportsNet Washington, Bradley Beal is out tonight.

Philadunkia:  In the embarrassing loss to Minnesota the other night, John Wall finished with a season-low five points. You cover the Wiz on a daily basis, so how do expect Wall to respond tonight against the 76ers?

Rashad Mobley at truthaboutit.net:  Wall will be fine tonight.  To be fair against the Timberwolves everyone not named Nene played badly and received a failing grade, so he was in good company.   Wall has not played badly during the Wizards’ extended slump.  Yes his turnovers-per-game have increased (he’s averaging 4.1 this month, after averaging 3.9 and 3.4 in December and January respectively), and his trips to the free-throw line are at a season low 3.2 per game, but his February averages of 15.1 points and 9.9 assists aren’t too far behind his season averages of 17 points and an NBA-leading 10.1 assists.  That being said, Wall has had to face these four point guards the last four games Ricky Rubio (Minnesota), Stephen Curry (Golden State), Reggie Jackson (Detroit) and Kyrie Irving (Cleveland). I’m not here to besmirch the good names and NBA prowess of Mr. Isaiah Canaan, but I think Wall may step on the gas a bit given the lesser competition.

Now if Sixers backup Ish Smith and Wall face off, that’s another story.  Two years ago this happened.

Thank you to Rashad for his time and answers.