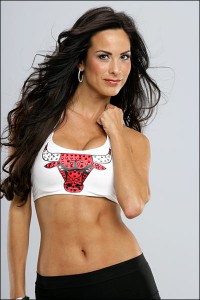 This ‘Eagles news dominates this city’ edition of “Fo’ with the Foes” – Philadunkia’s advanced scouting series which with the help of an accomplished journalist from around the NBA beat or blog world, previews key upcoming 76ers games – features tonight’s opponent, the Chicago Bulls who have lost 3 straight games; are 5-5 in their last 10; and will be without Taj Gibson, Jimmy Butler and of course Derrick Rose tonight.

After the jump, I’ll look a Fo’ key items for tonight’s game.  Additionally, we’ll get a little more insight into the Chicago team the Sixers face tonight from our colleague Chris Terzic at blogabull.com as Chris will answer Fo’ questions on ‘da Bulls from us here at Philadunkia.

1) Noel to Keep Rolling:  Unless you have been sleeping down at the NovaCare Complex, you are aware of how well Nerlens Noel has played of late (11.2 ppg. & 12 rpg. per night over his last 5 games).  The historical stats comparisons coming out of the Sixers PR machine are simply ridiculous.  Still, I will be very interested to watch what kind of night Noel has against a Bulls frontline that boasts Joakim Noah, Pau Gasol and Nikola Mirotic.  I want to see Brown and the 76er guards get #4 involved early to keep his momentum going.

2) Thomas Robinson’s Minutes:  Over his last 5 games, “TNasty” is putting up career best stats (9 & 7 per night) despite receiving limited minutes (18 mpg.) from Brett Brown.  The Bulls boast a very solid frontline and I would be interested to see how Robinson plays against this group of elite bigs.  But tonight (and for the rest of the season), I want Brown to give Robinson extended minutes (25+) against the Bulls, so I can start to gauge if this kid can make a REAL contribution to the Sixers’ future or if he is just one of Hinkie’s experiments during Tank 2.0.

3) The Sixers SG Spot:  With Jason Richardson inactive and JaKarr Sampson continuing to struggle (0-7; 0 points), Hollis Thompson posted a near double-double (19 & 9; 5-7 from three) against Atlanta.  I tip my cap to HT for an outstanding performance, but I am done with him as I do not believe he has a future here in Philadunkia nation.  Tonight, I am begging Sampson to shake out of the extended slump he is currently experiencing and start to show Hinkie that he deserves a roster spot in 2015-16 because I like the flashes of NBA skills I have seen from JaKarr.

4) Get A Win, Maybe??:  I realize that in my “on board with Hinkie” state of mind that I should be rooting for the Sixers to lose tonight and draw closer to the Knicks in the race for the most ping pong balls.  But I’m not 100% in that place with this game because I don’t believe the Sixers will play ever poorly enough down the stretch of this season to fall below the NYK in the standings.  Thus winning this one tonight won’t hurt Hinkie’s plan all that much.  And I think if the Sixers come out and play the way they did against Atlanta, that they can steal a win from a banged up Bulls squad that has lost 3 in a row; is 5-5 in their last 10 and has dropped 6 of 8 on the road recently.  One last two game win streak in 2015-16 would be great for this young roster and their weary head coach.

Q&A with our man Chris Terzic at blogabull.com…

Philadunkia:  Obviously the Bulls are very banged up — Rose, Butler and Gibson are currently out — and the team has lost three straight.  What do you think has to happen among the healthy players for this team to get back on track?

Chris Terzic at blogabull.com:  Well, this team — without Rose, Butler and Gibson — is going to be wildly inconsistent.  The thing about this group is that unlike the past, there’s so many below average team and individual defenders. Tom Thibodeau’s system is proven and speaks for itself, but guys like Aaron Brooks and Pau Gasol are regularly exploited on defense, and the system can’t hide their flaws.  So while I believe the common answer here is to play better defense, I don’t see that happening.  What this team needs to do is take care of the ball better — 15-plus turnovers in back-to-back nights — and realize that even without three of their top four scorers, they can still compete with any team in the league on a nightly basis.

Philadunkia:  With the injuries, the Bulls are missing a good deal of fire power.  So what can we expect from the Bulls on offense tonight?

Chris Terzic at blogabull.com: Expect plenty of Pau Gasol.  Pau tends to have his best games against undersized frontcourts, and I’m not sure Philly has anybody on their roster who can defend him one-on-one in the post, which I’m sure the Bulls will go to often.  I notice Nerlens Noel is starting to come along on the defensive end, but length and size give Pau troubles, not so much agility.  If not straight post iso, though, the Bulls will run Aaron Brooks and Pau in pick-and-pop, which is an area Pau has been deadly from all year. Last I checked, he was shooting nearly 50 percent from midrange.  Other than that, the Bulls will put Joakim Noah in the high post and run the offense through him to give Pau a break.  It’s not a preferred alternative, but Thibodeau is comfortable letting Noah run read-and-react based stuff out of the high post with Jo.  So expect both of those things, for sure.

Philadunkia:  Pau Gasol has posted 5 straight double-doubles and is having an amazing season overall.  Is Pau having as great of a year as looks from a distance?

Chris Terzic at blogabull.com:  I gotta give Pau his due because considering his bargain of a contract and the production he’s given the Bulls all season, he’s simply been outstanding for the most part.  On offense, great is an accurate way to describe his play. However, on defense, Pau is far from great.  Sure, his block numbers look good. He’s a good shot-blocker.  But teams will pull Pau away from the basket using high pick-and-roll, and he’s simply too slow to guard it.  All season here in Chicago, people have wondered why the Bulls’ defensive numbers aren’t what they were in the past under Thibs, and Gasol is as big a reason as to why that is as any.  Gasol’s effort and positioning are consistently haphazard, and it’s a problem for a team that asks its big men to do so much on defense.

Philadunkia:  There’s a theory on the NBA rumor mill that Thib’s style has worn this group out. What are your thoughts on that idea?

Chris Terzic at blogabull.com:  I’m torn on this because on the one hand, I think Tom Thibodeau is a tremendous basketball coach.  And I do believe that this season, Thibs has really lightened up and relaxed quite a bit. On the other hand, though, the Bulls have always battled injury — or so it seems — while under Thibs, and at what point does his demanding approach and constant injury stop being purely coincidental?  Do I think he has worn this particular team out?  No.  But do I think he deserves criticism for playing his best players too many minutes in the regular season?  Yes.  Again, I think Thibs has improved by all accounts this season, but I don’t know if he’s done enough to yield a return next season.

Thank you to Chris for his time and answers.