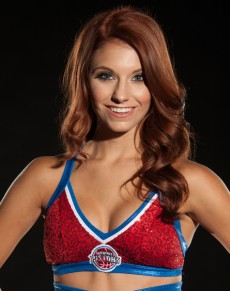 This edition of “Fo’ with the Foes” – Philadunkia’s advanced scouting series which with the help of an accomplished journalist from around the NBA beat or blog world, previews key upcoming 76ers games – features tonight’s opponent, the Detroit Pistons who defeated the Memphis Grizzlies last night, but have lost 10 of their last 11 and will be without Greg Monroe tonight.

After the jump, I’ll look a Fo’ key items for tonight’s game.  Additionally, we’ll get a little more insight into this Detroit team the Sixers face tonight from our colleague Dan Feldman at pistonpowered.com, as Dan will answer Fo’ questions on his Pistons squad from us here at Philadunkia.

1) Proof of Life  — The 76ers absolutely crapped the bed in Boston the other night in what I believe was one of their weakest efforts of Tank 2.0.  Tonight I am looking for Brett Brown’s youngsters to show some pride and play a highly competitive game (at both ends of the floor) against the Pistons.  If this roster gives another weak performance tonight against the struggling Pistons, it could be a sign that this group has mailed it in for 2015.

2) Nerlens Noel — We have noted many times on this site that Nerlens Noel has been playing excellent basketball since the trade deadline and his last 3 games have continued that amazing trend.  Over his last 3 contests, Noel is boasting averages of 17 points and 9.5 rebounds per night.  I want to see thsi trend continue tonight against the Pistons who will be without Monroet.  However Andre Drummond will be in the lineup.  Drummond is no scrub and should provide a solid challenge for Noel.

3) Get Covington Going — In his last 2 games Robert Covington has scored a total of 14 points and he shot 1-8 from the field up in Boston.  Additionally, Cov is 3-10 from behind the arc in those two contests.  I don’t care how bad his elbow is hurting him, tonight I want Robert to start and I want to witness Brown design a few new wrinkles to get Cov going early and get #33 some confidence.  Cov splashing home numerous threes is the only chance the Sixers have of making this a closely contested game.

And now…the Q&A with Dan Feldman at pistonpowered.com:

Philadunkia:  What’s the inside scoop on how long Greg Monroe’s knee injury will be an issue?

Dan Feldman at pistonpowered.com:  He traveled to Philadelphia, and it seems he could return any game, including this one. But with the Pistons out of the playoff race and Monroe soon to be entering free agency, both he and the team would be wise to be patient with his health.

Philadunkia:  Reggie Jackson posted a 23 point and a career-high 20 assist night against the Grizzlies. Obviously that kind of production is not realistically sustainable, but what interests me so much about Jackson is that the “experts” seem divided on his potential.  What are you thoughts on the level of play he could achieve in the NBA?

Dan Feldman at pistonpowered.com:  I really like his potential.  He’s a good athlete, has shown enough of an outside shooting touch in spurts that I believe his 3-point shooting is correctable and has displayed solid court vision.  He has the tools to become a very good defender, too.  It’s far from a lock he becomes a good starter, but considering the price the Pistons paid to get him, I’m happy they have a chance to help him reach that level.

Philadunkia:  The Pistons are 1-10 in their last 11 games.  What major issues have plagued the Pistons over this stretch?

Dan Feldman at pistonpowered.com:  The biggest issue has been a major downgrade on the wing in both ability and fit when the Pistons swapped Kyle Singler for Tayshaun Prince.  Singler was both better than an over-the-hill Prince, and Singler’s 3-point shooting helped space the floor.

Another issue, the one that has gotten the most attention, is Reggie Jackson adjusting to his new teammates.

Philadunkia:  How would you rate the coaching job SVG has done this season?

Dan Feldman at pistonpowerd:  He’s is the Pistons’ best coach since Larry Brown, but Stan Van Gundy has still been learning on the job in his first season with the team.  Van Gundy started Josh Smith right up until deciding Smith was such a poor fit, it was worth eating Smith’s remaining salary and waiving him.  Van Gundy spent too long playing Smith in untenable jumbo frontline with Greg Monroe and Andre Drummond (sinking Detroit’s season before it started) and not long enough trying to make Smith tradeable.  That issue illustrates the problem with separating Van Gundy’s impact as coach rather than including his work as team president.

All in all, though, the results have been positive.

The offense is both more coherent and free-flowing, which really benefited Brandon Jennings before his injury and D.J. Augustin before his trade.

The defense is more organized — and, consequently, effective — than it has been in years.

At various times during this up-and-down season, coaching for the present or future has made more sense than the other. Van Gundy has done a nice job adjusting to the ever-chancing circumstances and keeping the team together.  He won’t get the Coach of the Year votes that seemed possible in January, but Van Gundy has been a huge coaching upgrade for the Pistons.

Thanks to Dan for his time and answers.