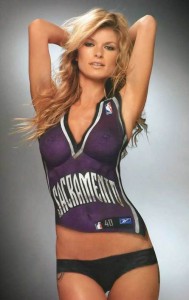 This edition of “Fo’ with the Foes” – Philadunkia’s advanced scouting series which with the help of an accomplished journalist from around the NBA beat or blog world, previews key upcoming 76ers games – features tonight’s opponent, the Sacramento Kings who smoked the Washington Wizards on Sunday night; have won two straight games and feature DeMarcus Cousins, who simply killed the 76ers (39 points and 24 rebounds) on Monday of last week.

After the jump, I’ll look a Fo’ key items for tonight’s game.  Additionally, we’ll get a little more insight into this Sacto team the Sixers face tonight from our colleague Akis Yerocostas at sactownroyalty.com, as Akis will answer Fo’ questions on his Kings squad from us here at Philadunkia.

1) Sixers Bigs vs. Counsins  — Outside of few minutes where Henry Sims slowed him down, DeMarcus Cousins absolutely crushed the 76ers big men last week (Again: 39 & 24!!!) .  I realize that “Boogie” is an elite level post player who can take over a game.  I also realize that his size and bulk provide huge match-up issues for Brett Brown’s thin and lanky interior players.  Still, tonight I hope to watch the Sixers bigs man up and provide better resistance on Cousins.

2) 76ers Defensive Strategy — In addition to the wrecking ball that is Cousins, the Sixers defense will also have to account for a red-hot Rudy Gay — 27.6 points and 51.6% shooting from the field and 37% from deep over his last 8 games.  Over his last 2 games, Gay has been good for 29.5 ppg. while hitting at a 53.8% clip from the floor.  There is no way that Brown can expect his players to play straight up man defense on these scoring machines.  Thus I am very interested to see what scheme Brown puts into the defensive game plan in hopes of containing the Kings primary offensive weapons.

3) Sixers Point Guard Play — So far, Isaiah Canaan has been a disappointment. Consequently Ish Smith took his starting spot.  Smith has shown flashes of solid play, but nothing that makes me think he will be on this roster next year. However, I never expected Canaan and Smith to bottom out like they did on Sunday night vs. the Lakers.  This point guard duo was simply awful against the Lakers on Sunday — a combined 4-26 from the field; 1-7 from deep and 5 TOs.  Tonight, I need one of these two borderline NBA players to step up and play decent basketball.  That’s right, just decent ball.  If one of them can contribute in a positive manner vs. the Kings, the Sixers will remain competitive all night and this game will be watchable. Something I can’t say about the loss to the Lakers.

4) Homecoming for “T-Nasty” — As you may recall, Thomas Robinson was selected 5th overall by the Kings in 2010.  The former King and Denver Nugget posted 14 points (on 7 for 8 shooting) and 8 boards against the Lakers on Sunday.   Robinson is shooting 83% from the field in his last two games and 77% over his last 4 contests. He’s averaged 8.8 points and 8.4 rebounds on less than 18 minutes per nigh for the 7-6.  In short, he’s been a solid acquisition for Sam Hinkie.  Robinson typically plays with a great deal of energy and a touch of a nasty ‘tude, so tonight I am eager to witness how hard Robinson attacks this games vs. the inept franchise that originally drafted him and then gave up on him.

Philadunkia:  What are your early impressions of the George Karl era in Sacto?

Akis Yerocostas at sactownroyalty.com:  Early impressions have been good, although it’s clear that Karl’s not a cure-all.  Defensively the Kings are worse than ever and turnovers continue to be a problem.  There also continues to not be enough shooting on the roster.  However, the team is moving the ball better and executing better offensively.  Karl has also been able to get the bench to be a better help, although Andre Miller deserves credit as well.

Philadunkia:  The Kings have won 2 in a row, including a thumping of the Wizards.  What have been a couple of the keys to the recent victories?

Akis Yerocostas at sactownroyalty.com:  Sacramento’s defense has been a lot better these last couple games and they’ve also gotten good contributions from the bench.

Philadunkia:  Obviously Cousins is having a tremendous season, what has impressed you the most about his play this season?

Akis Yerocostas at sactownroyalty.com:  Cousins’ growth defensively.  His first few years in the league he was a conscientious objector on that end of the floor.  Last year we saw promising signs of growth but this year he has actually been a very good defender, with rim protection numbers that are better than those of a guy like DeAndre Jordan.  He’s always had the talent and tools to be a good defender and he’s finally put them to use.

Philadunkia:  What’s one area of his game you’d like to see DeMarcus Cousins improve on?

Akis Yerocostas at sactownroyalty.com:  I still think his on-court demeanor could use some work.  He was behaving far better under Coach Malone than he did under Coach Corbin or Karl.  He complains far too much and sulks too often.  Still, you live with it because he puts the Kings on another level when he’s on the court.

Thanks to Akis for his time and answers.