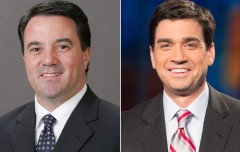 Earlier today ESPN college basketball analyst Fran Fraschilla and ESPN NBA analyst Tom Penn conducted a media call to discuss the 2015 NBA Draft, which as we all know is Thursday night.  Among the 76er related topics that Fraschilla and Penn discussed were DeAngelo Russell, Kristaps Porzingis, Mario Hezonja and what the Lakers may do at No. 2 overall.

On Thursday night, Fraschilla will deliver analysis on international players and Penn will provide NBA Draft front office perspective for the mothership on site at the Barclays Center in Brooklyn, so I decided to pull some of their best Sixer connected quotes and post them after the jump.

Q:  What can you tell us about Porzingis, and if he were to go to the Knicks at 4 how do you see him as a fit there?

FRASCHILLA:  Well, as a native New Yorker, you and I ‑‑ I know the fans will not be happy to see him walk across the stage, because there will be somebody that the Knicks haven’t drafted who’s played college basketball this year or the fans have at least heard about.  But if you’re picking 4, you’re essentially needing to roll the dice a little bit and gambling, and I don’t know how you could come up with a better gamble than a guy that’s 7’1″, on his way to 7’2″, who’s athletic, graceful, shoots the ball from three, blocks shots and is 19 years old.

So I would just say, I get the idea of the bust factor, but after Okafor, Towns and Russell are gone, you might as well gamble and draft a kid who potentially could be along the lines of a Dirk Nowitzki or a combination of Nowitzki, Gasol,or  Kirilenko.

He’s a graceful player, his English is great, he’s a basketball junkie.  There are some things about him that I think are going to translate well to the NBA.  The one thing he is not is a center.  He is not a center.  He is a power forward right now.

Q:  A New Yorker might jump back and say, ‘Oh, my God, is he Bargnani?’  What would you say to that?

FRASCHILLA:  Well, Bargnani was a No. 1 pick in a, let’s face it, bad draft.  And Tommy will remember this, but those of us who studied Bargnani that year, there wasn’t really ‑‑ now, in retrospect there are probably guys that everybody missed on, but there was no clear No. 1 when Bargnani came out.  And you know, from a guy like me who studies the international players, I did not think Bargnani had any wow factor at all.  He just was going to be a good player, and he’s averaged 15 points a game in his career, by the way, but he’s not ‑‑ he certainly was not a guy that screamed automatic NBA star.

This kid is more athletic.  He can affect the game in different ways, unlike Bargnani, and there’s some bust factor there, there’s no question, because he’s going to have to get stronger.  But it’s hard to find these kind of tools in this kind of size.

Picking at 4, I actually think it’s a safe place for him, I really do.

TOM PENN:  I was in Memphis when we took Pau Gasol at 3, and this guy presents himself similarly.  I mean, Pau was string bean skinny with the same concerns.  Pau had a different skill set, but I watched the tape on Porzingis and the way he runs and finishes, he’s very similar, and he’s got a great work ethic the way Pau did.

FRASCHILLA:  Yeah, and I might add, if anybody is listening, with regard to Porzingis, the thing about Porzingis that Tom mentions, incredible work ethic, also well coached.  He left Latvia at 15.  He’s been well coached.  In fact, the guy who had the most influence on his playing career, a very famous Spanish coach by the name of A‑i‑t‑o.  When you have one name, you know you’re really good at something.  He’s the same guy who coached Pau at an early age, Navarro, Rubio.  He’s a magician with young players in the Spanish league, and this kid has been well coached.

Q:  I wanted to ask about D’Angelo Russell.  I think the term “potential superstar” has been thrown around a lot.  I’m curious as to your evaluation.  What’s the step he needs to take to reach that potential, and if there’s a knock on his game right now, what would that be?

FRASCHILLA:  I would think it would be physical maturity at this point.  He came to Ohio State not expecting to be a one‑and‑done guy.  He wasn’t highly thought of.  He was a top‑25 recruit, but I don’t think anybody really expected the kind of freshman year he had.  I think just the physical aspect of the game night in, night out as an NBA rookie, 82 games, one night guarding Russell Westbrook, the next night guarding Kyrie Irving, the next night guarding Chris Paul and on and on and on, so I think there’s going to be a mental adjustment for him.

Certainly the way point guards have adjusted, the talented point guards, have adjusted to the league, as I mentioned earlier, fairly quickly, I expect him to be a very good ‑‑ or have an impact as a rookie, but I also think there will be a learning curve for him.

I would just simply say he’s the best passer.  You know, maybe Ricky Rubio coming from Spain would be in the same category, but this kid is the best passer I’ve seen in a decade.

He throws passes to teammates who don’t even know they’re open, and that’s hard to do.

PENN:  And he can shoot the ball.  It’s a nice combination in today’s NBA.  He’s just a kid.  He’s just got to ripen up and mature, but he’s got major boom potential, superstar potential.  Here at ESPN we’ve got a very sophisticated advanced analytics group, and they put together a model on the best boom versus bust, best high‑risk, high‑reward type of player, which is really what the top of the Draft is about, high risk, high reward, and he’s got the highest ceiling, according to them.  He’s got the 15 percent chance to be an NBA superstar, which is that elite, rarest of talent.

He’s also got among the top 20 players in the Draft the highest bust potential because of concerns that his numbers are inflated based on the competition that he faced with the team that he was on.

I typically trust these analytics folks, and this is sometimes how advanced metrics come in.  If you’ve got the belief that some of these numbers make sense, you know, when you’re ranking highest risk, highest reward, he’s right there.

Q:  How do you rank the top perimeter shooters in this Draft?  Who are your top three?

FRASCHILLA:  Yeah, you know, I try to talk to my NBA friends all the time about this, because I see way more college games than I get a chance to see NBA games live and in person, and I kind of realize how big the gap is between an ACC game and a Western Conference game.

I would say I’m bullish on Hezonja for sure, his effective field goal percentage on spot‑up jump shots this year was 65 percent, which is outrageous, and he’s got deep range, and he’s got a quick release.  He was 8‑for‑8 from an ACB game this year, so I would say he jumps out at me right away.

Certainly Devin Booker has been talked about as a young guard at that spot with potential to be a good shooter.  He struggled late in the year, but he’s the youngest guy in the draft and he’s got that positional size.

Kaminsky, we’ll see if that deep shooting translates to the NBA because he was such a good shooter at Wisconsin.

You’d have to throw Porzingis in there based on what we’ve seen here recently.  So those guys come to mind right away, and not having a list in front of me, Cameron Payne is an awful good shooter for a point guard.  Another guy that I think about, you know, that’s going to be in the top half of the Draft.  If there’s anybody that you have on your mind you want to ask me about, it might jog my memory.

PENN:  Well, he gave the great list.  The truth is the further you go in the Draft, the more you get into playoff teams that need specialists, and shooting is the number one specialty that everybody needs.  So those guys can play their way into a rotation because they can toe the line and knock down shots and space the floor, especially on the heels of the success of Golden State.  If you can get a shooter at any time, you go get him.  It’ll be interesting to see who surfaces.

RT @PompeyOnSixers: #TellingStatFlow: The #Sixers are 9-4. They’re 7-0 when all five of their starters play. They’re 2-4 when at least one…
h J R
Follow philadunkia