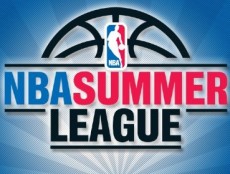 We all know after the NBA Finals conclude and the Draft is over, that the summer sports schedule is so thin that USWNT soccer games on Fox Sports are must see TV.  That’s especially true in summer 2015 because the Phillies have been so difficult to watch.

But it’s time to stop complaining as NBA summer league action tips off next Monday and there will be plenty of 76ers basketball to watch in teh coming weeks.

After the jump we will examine the players the Sixers have invited to their summer league “mini-camps” as the franchise preps for 2015 summer league action.

Headlining Sam Hinkie’s  summer league rosters invitees are well known entities such as 2015 Lottery selection Jahlil Okafor; 2015 second rounders JP Tokoto and Richaun Holmes; 2014-15 roster members JaKarr Sampson, Jerami Grant and Furkan Aldemir as well as others who have been with the Sixers franchise for some time such as Jordan McRae, Pierre Jackson and Arsalan Kazemi.  Rumors are that the newly acquired Nik Stauskas will also ball for the Sixers in summer league action.  If you read this site on a regular basis, you are well versed on those players, so we are going skip the refresher course and move on to some of the lesser know invitees.

T.J. McConnell (#17; Guard; 6-3):  The undersized Arizona prospect (The ‘Cats media guide lists him at 6-1) and 2014-15 finalist for the Bob Cousy Point Guard of the Year Award will play in both summer leagues for the 76ers, so he’ll get a long look from Hinkie. As a senior TJ started all 38 games, averaging 10.4 points, 3.8 rebounds and team highs of 6.3 assists and 2.2 steals in 30.5 minutes. If you think back to the 2015 NCAA Tournament, you may remember that during Zona’s first two games of The Dance, McConnell played lights out basketball — 15.5 points and 5.0 assists per game.

Deonte Burton  (#18; Guard;  6-1):  After a stellar career at Nevada where he started 130 games and scored 2,000 points, Burton spent last year playing for Ratiopharm Ulm in Germany’s BEKO Bundesliga League where he saw action in 24 games but posted unimpressive stats (1.8 ppg.).  Burton’s eye popping stats are his a 40-inch vertical leap and 6-7 wingspan.

Derrick Marks (#25; Guard; 6-3):  In his senior season at Boise State Marks was an Associated Press Honorable Mention All-America and Mountain West Player of the Year thanks to his stats of 19.4 ppg.; 50% shooting from the field and 43.6% shooting from deep.  His 1,912 career points rank No. 3 all-time at Boise State.

Sam Thompson (#42; FWD; 6-7):  One scout I spoke with described Thompson as, “a dunking machine”.  The Ohio State product averaged 10 ppg. during a solid season in which he was pressed into a bigger role then he was probably ready for because of the Buckeyes lack of depth.  If you recall, he had a fantastic NCAA Tournament game against Arizona (a loss) — 18 points on 6-11 shooting.

David Laury (#7; FWD; 6-9):  As a senior forward for Iona Laury shouldered the scoring load for the Gaels, averaging 20.1 ppg. He also grabbed 9.5 rebounds per game.  Those stats placed him second in both categories in the MAAC and helped earn Laury 2014-15 Player of the Year honors in the conference.  A native of East Orange, New Jersey, Laury is a very skilled big who plays more like a guard and shot 47.5% from the field this season.  Laury had a very impressive showing at the 2015 Portsmouth Invitational and was named to the all tournament team.

Askia Booker (#27; Guard; 6-4):  The Colorado starter averaged 13 points, 3.3 rebounds, 2.5 assists, 1.2 steals per game over his four-year career in Boulder, but he is probably best known for the 43 points he hung on USC in a triple OT win back in January of 2015.   That performance was one of the best individual efforts of last year’s CBB season.  In 2014-15 he led the Buffs in scoring (17 ppg.) and was a 2014-15 Pac-12 All-Conference second team selection.  He ranks No. 6 in Colorado scoring history with with 1,740 points.  He performed solidly at the 2015 Portsmouth Invitational and has had a number of workouts for NBA teams.

Jamal Jones (#45; FWD; 6-8):  If you followed the 87ers this past season then you know Jones showed flashes of great scoring ability for the 76ers D-League franchise.  However the former Texas A&M guard also proved that he still struggles with the 3-ball (33%) and is prone to defensive lapses.  Jones averaged 7.8 ppg. for the Sevens and started 18 of his 46 games for the squad.  For the Aggies in 2013-14 , Jones produced 13.4 points and 4.1 rebounds for A&M, draining only 37% of his 3-pt attempts (6.6 per game). In addition to A&M, Jones also played ball at Lee Junior College in Texas and Ole Miss.  He’s another long and athletic wing player with developing skills that Hinkie has stashed in his D-League stable.

Vince Hunter (#50; FWD; 6-8):  The news that the glass cleaning UTEP sophomore was declaring for the 2015 Draft shocked a lot of “experts” and NBA types.  Yes, the former Julius Erving Award nominee (presented to the top small forward in the country) and First Team All-Conference USA selection was the team leader in scoring (14.9 ppg), rebounding (9.2 rpg) and steals (1.2 spg) while shooting 52.6% from the field in 2014-15, but he struggled down the stretch of the season.  Many thought Hunter should have returned to college for another year.  However on the positive side, he did post 13 double-doubles overall last season and ranked among the national leaders in defensive rebounds per game (25th, 6.6 avg.), rebounds per game (29th) and double-doubles (30th).  In C-USA Hunter ranked first in rebounding.

Charles Jackson (#51; FWD; 6-10):  Tennessee Tech was Jackson’s third college in three years, but he sure did find a nice fit with the Golden Eagles in 2014-15.  Jackson boasted stats of 13 points and 9.5 rebounds per game  to go along with 57% shooting on FGAs last year and was awarded the Ohio Valley Conference newcomer of the year.  In 30 games this past season, Jackson ranked eighth in the NCAA in double-doubles with 18.  Leading up to Draft15 there was some talk of the athletic and long Jackson being selected in the late 2nd round, but he ended up going undrafted.