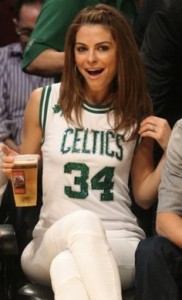 This 2015-16 season opening edition of “Fo’ with the Foes” – Philadunkia’s advanced scouting series which with the help of an accomplished journalist from around the NBA beat or blog world, previews key upcoming 76ers games – features tonight’s opponent, the Boston Celtics a team many “experts” are predicting will be a playoff bound squad (AGAIN) at the end of the 2015-16 season.

After the jump, I’ll look a Fo’ key items for tonight’s game.  Additionally, we’ll get a little more insight into this Boston team the Sixers face tonight from our colleague Chuck McKenney at redsarmy.com, as Chuck will answer Fo’ questions on his Celtics squad from us here at Philadunkia.

1)  Nerlens Noel:  We all know how well Noel played at the end of the 2014-15 season — 11.5 ppg. and 9.2 rpg. over the last 21 games of 2014-15) and I absolutely loved what I saw from #4 in the preseason.  With all of the injuries and new faces, Noel will have to carry this team during the first month or so of the season and I hope he is up to the task.  Tonight I am hoping he uses playing in front of his hometown family and friends for extra inspiration and posts a big night to start the 2015-16 season.

2)  Jahlil Okafor:  Because of lingering injuries and the Sixers’ cautious medical staff, the preseason was hit or miss for Okafor.  I saw flashes of very impressive post play as well as an ability to pass the rock.  I also witnessed the negatives: Okafor appears out of shape, laterally slow and hasn’t figured out the Sixers’ defensive rotations.  When you combine those items with the fact that tonight the rookie will likely have opening night jitters, my expectations for Okafor’s output are low tonight. Still, up in Boston tonight I’d like to see more flashes of brilliance than negatives.  If he can post 112 points and 7 boards, I will be very pleased with that performance.

3) Defense:  As the 2015-16 season tips off, the 76ers are missing a host of scoring options: Wroten; Covington; Marshall and possibly Stauskas, so the Sixers are going to have to play stingy defense in order to keep the Celtics in check and generate some easy baskets for themselves.  Specifically I will be watching to see if Brown’s perimeter players have improved on that end of the court because last year the Sixers struggled to guard on the outside.

4) “The Enigma”:  Philadunkia’s favorite 76ers draft pick (So much sarcasm here!) and his inefficient game have been relegated to a reserve role up in Boston.  I am interested to witness how Turner handles the demotion.  When he is in the game, I am excited to watch Turner dribble the air out of the ball for team not named the 76ers.  Frankly I can’t believe “The Enigma” is still playing in the Association.

Q&A with Chuck McKenney at redsarmy.com:

Philadunkia:  What have you seen from the Celtics during TC and the preseason that has you excited for the start of the 2015-16 season?

Chuck McKenney at red’sarmy.com: Overall, I’m happy with the depth. Sure, it will be challenging for Brad Stevens to settle on a 10 player rotation, but he’s bright enough to figure it out. When he needs defense, he can play Amir Johnson and/or Tyler Zeller. When he needs offense, he can tap David Lee and/or Kelly Olynyk. I’m also eager to see more of rookie RJ Hunter. He has legitimate NBA range and isn’t lacking in confidence. Hunter has also impressed with his court vision and he’s not as bad defensively was we feared.

Philadunkia:  What do you think is the team’s biggest weakness as the season opens up?

Chuck McKenney at red’sarmy.com:  The biggest weakness remains the lack of a superstar. A guy who can takeover a game. Isaiah Thomas is a helluva scorer but his size is limiting. Marcus Smart has the mentality but he’s not there yet.

Philadunkia:  How has our favorite former Sixer (so much sarcasm here), Evan Turner played during TC and the preseason?

Chuck McKenney at red’sarmy.com:  No offense, but no one is paying attention to Evan Turner. In fact,we’re hoping to see less of him this season. ET logged significant minutes last year as de facto point guard because Smart wasn’t ready to command the offense. The training wheels are coming off this year. Turner will be serviceable as a back-up to Jae Crowder, but I’m not expecting much.

Chuck McKenney at red’sarmy.com:  Crowder won us over with his gritty play during the Cleveland playoff series. We’re expecting him to continue in the role of defensive stopper, energy guy. For Crowder to secure 30 mpg, he needs to improve his 3-point shooting. 28% from a small forward isn’t going to cut it in Brad Stevens offense.