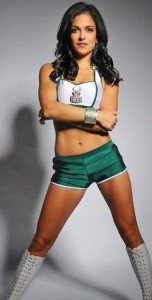 This Wednesday edition of “Fo’ with the Foes” – Philadunkia’s advanced scouting series which with the help of an accomplished journalist from around the NBA beat or blog world, previews key upcoming 76ers games – features tonight’s opponent, the Milwaukee Bucks who tonight will celebrate the return of Jabari Parker (ACL injury) and of course feature the latest most loved/hated former 76er, Michael Carter-Williams .

After the jump, I’ll look a Fo’ key items for tonight’s game. Additionally, we’ll get a little more insight into this Milwaukee team the Sixers face tonight from our colleague Frank Madden at brewhoop.com, as Frank will answer Fo’ questions on his Bucks squad from us here at Philadunkia.

1)  Win the Damn Game:  The 76ers are currently winless (0-3).  The Bucks are not off to a great start either (1-3).  Additionally, MIL went 4-0 against the 7-6 last season and have won six straight meetings between the two teams.  In short, the Bucks have been kicking Brett Brown & Co.’s ass for a while now.  Hopefully that serves as extra motivation for the Sixers tonight.  Call it quadruple revenge or whatever you like, but tonight I am looking for the Sixers to come out and play at the same level they opened up with against the Cavs. Then I’d like to see the team sustain that level for an entire game in order to grab their first win of the season against a weak defensive Milwaukee team.

2)  Jahlil Okafor:  I am want Brown to call Jah’s number early and often in this one and keep his early ROY train rolling down the tracks.  I’ll be very interested to watch how Jah does against Greg Monroe (6-11; 265) and/or Johnny O’Bryant (6-9; 260). Both are bangers who can hold their own on the blocks.  I remain very impressed with Jah’s bag of low post tricks and I want to see which moves he uses tonight on two true NBA bigs.

3) Better Defense:  Through the first 3 games of the season the Sixers defense has been simply awful.  They struggle to stop transition baskets and their ability to guard the perimeter operates at a YMCA pick-up game level.  The Bucks are averaging 100 ppg. (17th in Association) on 44.8% shooting (8th in League) so totally shutting down Milwaukee could be a very tall order for Brown’s troops.  Still, I need to see improvement in all areas at that end of the court — transition; on-ball; weak-side rotations; etc.  Otherwise I may lose my basketball mind.

4) The Scoreboard:  Right now the Bucks (more on them later) and 76ers are two of the worst defensive teams in the League.  Much like the Sixers, the Bucks really struggle to guard the perimeter (Again more on this topic below).So I am expecting a high scoring contest tonight that may cause the scoreboard to overload.  On the Sixers front, I am looking for big games from Nik Stauskas and perhapes even my man Hollis Thompson (tons of sarcasm here) who will likely see increased minutes tonight in “Cov’s” absence.

Q&A with Frank Madden at brewhoop.com:

Philadunkia:  The Bucks are off to a 1-3 start.  Is this how you saw the first week (or so) of the season playing out for MIL?

Frank Madden at brewhoop.com:  The loss to the Knicks was definitely disappointing — the Bucks hadn’t opened at home in three decades, so to be so uncompetitive against a team that finished well below them last year in the standings was a major bummer. The other three games weren’t necessarily a surprise in term’s of end result, especially given their depth has been tested with Jabari, John Henson and O.J. Mayo unavailable.

That said, watching Giannis Antetokounmpo put up big numbers in his first three games (22.7 ppg, 8.7 rpg, 67% true shooting) is far more important to me than losing winnable games against the Knicks and Wiz.  Along with Jabari, he’s the guy that the Bucks are banking on long-term, so him potentially making “the leap” would be huge.  I’m not sure he can average 20+ points per game over a full season quite yet, but so far so good.

Philadunkia:  What has been one or two of the issues in this early part of the season?

Frank Madden at brewhoop.com:  Defense has been the biggest concern, especially since last year’s team succeeded mostly due to their improvement on that end of the floor.  The Bucks enter tonight’s game comfortably in last place in defensive efficiency, in no small part because teams are smoking them from the three point line (43.2%, also last) and killing them on the defensive boards. They started to look better in Brooklyn and figure to bring those numbers back to more sane levels against the Sixers, Knicks and Nets over the weekend, but it’s still a major point to watch.  While the offense has been really good thus far (7th in efficiency), they were heavily dependent on forcing turnovers last season — both to limit other teams’ offense as well as to kick-start their own.

Philadunkia:  From what we read online and on Twitter, it seems that opinions in MIL are divided on Michael Carter Williams, just as they were here in Philly. Give us your take on the the feelings for MCW among the Bucks media and faithful.

Frank Madden at brewhoop.com:  He’s definitely a polarizing guy, though I think a lot of it is a question of finding the right role for him.  His physical tools make him a perfect fit for the Bucks’ defense, and offensively it’s largely a less-is-more issue.  Monroe, Giannis and Jabari should be the guys around which the offense revolves, so having an MCW who moves the ball, doesn’t force stuff and picks his spots scoring-wise is the main thing.  And while I don’t think he’ll ever be even an average perimeter shooter, that hasn’t stopped the Bucks from being surprisingly good with MCW on the court since the trade (+6.4 points/100 with him on court, -11 pts/100 with him off it last season).  The good news is that he doesn’t have to carry the burden of being the team’s best player like he did in Philly, so as long as he plays like it I think he can find a long-term niche in Milwaukee.  I’m skeptical he’ll ever have as much value as that Lakers’ protected pick — which made the trade an obvious one for the Sixers — but that doesn’t mean he’s doomed to disappoint in Milwaukee either.

Philadunkia:  Jabari Parker is scheduled to return from his ACL injury tonight against the Sixers. What are your expectations for Jabari in the next couple of months?

Frank Madden at brewhoop.com:  I think people will just be happy to see him on the court initially, but longer term it’s tougher to gauge how quickly he can get back to where he was.  He’s been practicing with the first team since the start of camp and was the high-scorer in their open scrimmage a month ago, so he’s in good condition physically and doesn’t seem like he’s being rushed into anything.  The big question for me is how quickly he can regain the full explosiveness and rhythm he started to show right before the injury.  He was top-five in the NBA in dunks when he went down and generally looked far more athletic than people gave him credit for coming into the draft, but regaining both the physical and mental sharpness after an ACL injury isn’t always easy.  It’s also difficult to replicate game conditioning without playing, so it’s probably for the best that they’ll be limiting him to 15-20 minutes initially. Eventually the offense will come, though the bigger concern is how much he can improve defensively — not surprisingly that was a major weakness early last season.  Still, considering he’ll be taking minutes from Johnny O’Bryant and Chris Copeland the bar isn’t too high.