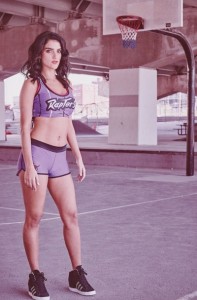 This edition of “Fo’ with the Foes” – Philadunkia’s advanced scouting series which with the help of an accomplished journalist from around the NBA beat or blog world, previews upcoming 76ers’ games – features tonight’s opponent, the Toronto Raptors, who are currently on a three game losing streak, but remain in 1st place in the Atlantic Division.

After the jump, I’ll look a Fo’ key items for tonight’s game.  Additionally, we’ll get a little more insight into this Toronto team the Sixers face tonight from our colleague Sam Holako at raptorsrepublic.com, as Sam will answer Fo’ questions on his Raptors squad from us here at Philadunkia.

1)  Keep DeRozan in Check:  Yes, I know I write this every time the 76ers play the Raptors, but that’s because slowing DeRozan down is THE KEY to competing with Toronto.  The Raptors have won 8 straight against the Sixers and DeRozan has been the main reason for their success, as he simply killed the Sixers’ last two years.  In 2013-14 DeRozan boasted a 31.3 ppg.  average vs. Phialdunkia’s home team.  Last season that average fell dramatically (21.7 ppg.) because of an 8 point effort on 1/24/15 (4-14 shooting night).  However DeRozan closed the 2014-15 season series against the Sixers with a ridiculous 35 point performance in early March.  Tonight, I have no idea how the Sixers are going to do it, but Brown & Co. need to keep DeRozan under 30 points if they want to keep this game competitive.

2)  The 3-Ball:  Both teams have struggled to shoot the three pointer this season. The 76ers rank 24th in the Association (30%) and Toronto is not much better — ranked 22nd and hitting only 32%.  The Sixers will be without Robert Covington again tonight. Meanwhile starting SG Nik Stauskas has hit a brutal stretch from behind the arc — 9-37 in his last 4 games.  When informed on his recent shooting numbers “Sauce Castillo” commented, “Jesus”.  On the Toronto side of things, tonight the Raptors will be without the services Terrence Ross and DeMarre Carroll, the team’s two best three point threats.  IMO the squad that splashes home the greater number of treys tonight will be victorious.

3)  Kyle Lowry vs. TJ McConnell:  I thought the Sixers undrafted rookie more than held his own against former NBA MVP Derrick Rose on Monday night, so I am very eager to watch him match-up against the Toronto’s ultra quick, All-Star point guard and his highly publicized new physique.  Lowry is obviously very skilled and is a tough defensive assignment for any player in the League. Additionally, he will be playing in front of his hometwon family and friends which will give him extra motivation.  However, TJ is extremely savvy for a rookie and is one of the most fundamentally sound perimeter defenders I have seen in some time.  He should be up to the challenge.

4)  Brett & Jah:  His 15 rebound performance on Monday night gave us a taste of what type of work Okafor can do on the glass when he is focused on the task.  The Sixers will be without Nerlens Noel again tonight, so if the Sixers are to compete for 4 quarters tonight, Jah will be will need to control the boards for Brett Brown against the Raptors.  In return I want to see Brown call Jah’s number often tonight in the 1st quarter.  Okafor posted an outstanding second half vs. Chicago (7-15 on FGAs) that helped produce his first career double-double.  I want to keep that momentum going tonight for Jah.  Honestly, if it were not for a few tough rolls off the rim in the 1st half and a host of missed FTs, Okafor scores 30+ vs. Chicago.
Q&A with Sam Holako at  raptorsrepublic.com:

Philadunkia:  I ran into Philly native Kyle Lowry while he was home this summer and the physical change he executed on his body was very obvious.  What impact have you seen on his game from the work he put in this off-season?

Sam Holako at Raptors Republic:  The numbers speak for themselves: 18.9pts 5.2reb 6.5ast 2.4stl (all but the assists a career high) all within the confines of the offense, in a much more efficient manner, and in the same about of minutes as he played last season. He’s quicker, more active, gets to the line more, and doesn’t have the visible fatigue he displayed last year while carrying the team. All this makes the contract he signed last year a bloody steal.

Philadunkia:  The Raps have dropped 3 in a row, including a Tuesday night loss to the lowly NYK. What have been the key issues for Toronto in this losing streak?

Sam Holako at Raptors Republic:  Not having DeMarre Carroll in the line-up is the main issue; dude is already an integral component of this team, with no real viable backup when he’s out injured (especially with Terrence Ross injured as well). I’ll admit, losing against the Knicks hurt, especially since we own their 1st rounder this year.

Philadunkia: How worried are you about DeMarre Carroll’s plantar fasciitis issues?

Sam Holako at Raptors Republic:  The problem is two-fold really: plantar fasciitis can only be treated with rest, and the dude is a kamikaze-type player when he’s on the court; so juggling that is going to be a challenge for Casey. The downgrade on the defensive end speaks for itself, but on offense, the loss of his corner threes and the aggressive cuts he makes towards the rack are putting more pressure on Lowry, DeRozan, and Valanciunas to make something happen against defenses that have an easier time to rotate and collapse since the spacing he would have normally created isn’t there anymore.

Philadunkia: Former 76er Jerry Stackhouse is now an assistant coach for the Raptors. What are you hearing about Stack’s role / what he brings to the Toronto staff?

Sam Holako at Raptors Republic:  Carroll spoke quite highly of the impact of having him around had before the season started. Basically, it’s just good to have someone on the staff not too far removed from the game (even if his offensive profile is exactly what we DON’T want guys doing lol).  I’d also venture that he can help a lot with the defense of the wing players – even though he’s probably teaching offense more, having to guard ‘Old-Man-Tricks’ has to help, right?
Thanks to Sam  for his time and answers.  Give him a folllw @rapsfan.