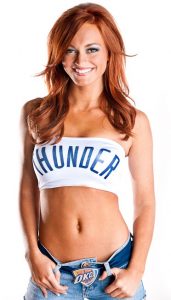 This 8-game losing streak edition of  “Fo’ with the Foes” – Philadunkia’s advanced scouting series which with the help of an accomplished journalist from around the NBA beat or blog world, previews upcoming 76ers’ games – features tonight’s opponent, the Oklahoma City Thunder (5-3), who have won two straight games but will be without superstar Kevin Durant (out 7-14 days with hamstring injury) again tonight.  But have no fear Sixers fans, Russell Westbrook will play tonight.

After the jump, I’ll look a Fo’ key items for tonight’s game.  Additionally, we’ll get a little more insight into this OKC team the Sixers face tonight from our colleague David Ramil at thunderousintentions.com, as David will answer Fo’ questions on his Thunder squad from us here at Philadunkia.

1)  Jah-Rules:  Yes, I went there.  In my preview for Wednesday night’s contest against Toronto I asked that Brett Brown call Okafor’s number early and often.  Brown must have been listening, because in the 1st half, the offense ran through Jah and the result was 16 pts on 8/14 shooting.  Okafor has posted simply stats across his first 8 NBA games — 20.6 pg.; 6.9 RPG and shooting 50.1% from the field — and his low post game is a thing of beauty to watch.  However, I will be interested to watch how Jah performs tonight against OKC’s long, athletic and physical frontline of Serge Ibaka, Enes Kanter and Steve Adams.  I expect this game to be a solid challenge for the Sixers’ star rookie.

2)  Westbrook:  Whether you realize it or not, Westbrook has become one of the most complete players in the Association (More on this later).  Yes, he can still drive it to the rim like no one else in the League, but he has developed other elements of his skill set.  He also can hit the three; has a smooth mid-range game and great court vision.  Did you know Westbrook is averaging 10+ apg.? He’s basically become unstoppable and it is a pleasure to watch him operate on the court.  Tonybet sportsbook has posted the Thunder as a 14 point favorite tonight.  If the injury riddled Sixers allow Westbrook to go off, the Thunder will cover that line — easily.  FYI…Westbrook had 49 points and a triple-double when these two teams last played in March of 2015.

3)  The Sixers Mental State:  The young, rebuilding and injury depleted 76ers stand at 0-8 and tonight’s contest vs. the heavily favored Thunder is the first in what will likely be a difficult stretch during which the Sixers get taken to the learning tree by OKC, San Antonio and Dallas.  I know the players are saying all the right things to the mainstream media, but the losing streak has to be dragging on them.  Especially fellas like Okafor and McConnell who were not accustom to losing in college.  If Brown & Co. fall behind early in this one, I will be watching the players’ body language on the court and especially in team huddles to see if they stay in the fight until the end or simply give up before half-time.

4)  Dion Waiters is Rolling:  In KD’s absence and with help from new Head Coach Billy Donovan’s system on offense, the Philly native (Life Center Academy) appears to have found his groove.  He scored a season high 25 points off the bench against the Wizards the other night and 19 points in the game previous to that vs. the Suns. Waiters play in the last two games has helped the Thunder score 124 points in each of those contests.  With Durant on the sidelines, Waiters will continue to help shoulder some of the scoring load and we all know he can fill it up.  I actually am fearful of what type of night Waiters may post against the Sixers’ woeful defense which just gave up 119 points to the very short handed Raptors.

Q&A with David Ramil at thunderousintentions.com:

Philadunkia: How concerned are you about Kevin Durant’s hamstring injury and is it time to label him as injury prone?

David Ramil at thunderousintentions.com:  I’m not overly concerned but I’ll admit I’m probably on the more optimistic end of the spectrum. Reports are that the injury isn’t particularly severe and resting him is more of a precaution than anything else. If he hadn’t gone through such repeated problems last season it probably wouldn’t be a concern at all. I also wouldn’t go so far as to extend the “injury prone” label. He’d been amazing resilient early in his career and simply played more basketball than nearly every other player in the league. That will catch up to you. Still, ask me that again at the end of the season and I might have a different answer…

Philadunkia:  The Thunder are a deep team, so in addition to Westbrook who do you expect the step up during Durant’s time on the sideline?

David Ramil at thunderousintentions.com:  Given what happened last season, I don’t think anyone other than Westbrook can step up for the Thunder. He’s really the only player that has that next superstar level to his game; that’s just not a role Ibaka is comfortable with. I’ll balance that with the hope that Dion Waiters or Enes Kanter might take up a slight bit of the scoring load, even though both are expected to come off the bench to produce.

Philadunkia: Give us your early reviews on Billy Donovan…

David Ramil at thunderousintentions.com:  Inconsistent but still a positive thus far. I’ve maintained that his biggest challenge would be to get a veteran-led team to follow him, especially since Durant, Westbrook and Ibaka were so supportive of Scott Brooks. But Donovan has got everyone to buy in and that’s a big part of the process. His rotations have been questionable but some believe that he’s merely looking for the right combination early in the season when things aren’t as dire and it’s okay to be a little creative. We haven’t seen much creativity offensively but, again, it’s still early in the season and the Thunder have still been very good. Defensively, that’s a little more questionable. They’ve given up some points and struggled to defend the pick-and-roll, particularly late in games. That’s a huge concern and I can’t honestly tell if it’s a matter of scheme or personnel that’s the problem.

Philadunkia: Westbrook leads the league in assists at 10.9 per game. Do you think the average NBA fan understands just how complete of a basketball player he has become?

David Ramil at thunderousintentions.com:  No. There’s an archaic mentality that a point guard should look to pass first and second and then score as a last resort. That’s not what Westbrook does, even though he is, as you said, a complete player who can do it all. It’s funny that a player like Dirk Nowitzki will be embraced for being a stretch-four or Draymond Green will be praised for being a diverse player that can guard multiple players but the fact that Westbrook has revolutionized expectations for point guards is met with resistance. You’d like Russell to be a little more effective with his shot selections but his overall numbers show that he’s just an elite-level player that uses his incredible athleticism to dominate individual matchups. Embrace change, people, because Westbrook is the real deal.

Thanks to David  for his time and answers.  Give him a folllow @dramil13.