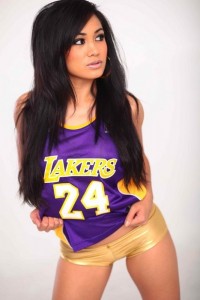 This special, Moses Malone Tribute Night edition of “Fo’ with the Foes” – Philadunkia’s advanced scouting series, which with the help of an accomplished journalist from around the NBA beat or blog world, previews key upcoming 76ers games – features tonight’s opponent, the Los Angeles Lakers who own a record of 2-16, have lost six straight games, but feature D’Angelo Russell, former 76ers Louis Williams and Swaggy P as well as the soon-to-be-retired Kobe Bryant.

After the jump, I’ll look at Fo’ key items for tonight’s game. Additionally, we’ll get a little more insight into this Los Angeles team the Sixers face tonight from our colleague Darius Soriano at forumblueandgold.com, as Darius will answer Fo’ questions on his Lakers squad from us here at Philadunkia.

1)  Kobe, DUH:  Obviously Kobe is a shell of the player he used to be — Bryant has shot 23.7% in the past four games including a 1-14 effort against GSW on national TV and a 4 of 20 night in a home L to Indiana on Sunday — but that’s okay.  “The Black Mamba” gave us everything he had for 18+ years and outside of the 2001 Finals, I enjoyed watching every minute of him on the court. To quote Charles Barkley, “eventually Father Time always wins” and that’s to be the facts of life for Kobe.  Still tonight I am hoping for a Christmas miracle and that I get to witness one last Kobe-esque performance from the Lower Merion product.  Now I’m not expecting #24 to go out and drop 30 tonight, but a solid performance with a couple of in-his-prime Kobe moments would be FAN-TASTIC.  I will also be very interested in watching what type of reception Kobe receives from the 76ers faithful as in the past there has been tension between the two sides.

2)  Jahlil Okafor:  To say that Jah has had a tough time of late off-the-court is an understatement.  Everyday there seems to be a new “incident” hitting the web that portrays Okafor in a troubling manner.  To be honest, it’s not a good look for Okafor of the 76ers.  Not since the Iverson-era have the Sixers been in the tabloids this much.  This is the first home for the Sixers since the street fight incident in Boston began an avalanche of off-the-court bad news for Jah.  In NBA circles they say its easier to block these types of distraction when your team is on the road.  So I am curious to see how Jah performs tonight now that he is back in Philly and catching his troubles splashed all over the news and web.  Additionally,  I am interested to see if Jah’s recent string of transgressions illicit a negative reaction from the home crowd.

3)  Robert Covington:  “Cov” has been simply tremendous of late.  Over his last 5 games #33 is averaging 18 ppg.; 8 rpg.; and an amazing 5.2 steals per game. Included in this stretch of great play was a 29 point, 7 rebound, 5 assist and 8 steal night against Houston as well as Covington’s 12 points (2-4 3Pt), 7 rebounds, 4 dimes, 7 steals, against the Grizzlies on Sunday.  His level of play has been a joy to watch of late.  Tonight I am looking for Covington to keep his game rolling, stretch the floor for the Sixers bigs and continue provide one of the few positives I have taken from this brutal 0-18 start to the season.

4)  Get the Win:  As someone who remains in “Trust the Process” mode, I realize the outcome of this game could have significant impact on the 2016 Draft and that it’s probably in the best interest of the 7-6 to lose this game.  But tonight for a number of reasons I am putting those thoughts aside and rooting for the 76ers to bring home the W.  The Sixers soooooo desperately need a win (and this game is a great opportunity to grab one).  Plus, it’s Moses Malone Tribute Night which will bring most of the 1983 World Champion 76ers to the house Iverson built and the Sixers cannot lose in front of these legends . Finally, Kobe has killed the 76ers on so many nights here in Philly, I’d want to send him out with a loss (just like the Sixers did to MJ). FYI…Los Angeles has won three straight in the series overall and three in a row at The Center.

Q&A with Darius Soriano at forumblueandgold.com:

Philadunkia:  What was your reaction to the news that this will be Kobe’s last season in the League?

Darius Soriano at forumblueandgold.com:  Well, I covered most of my thoughts on Kobe’s career here, so you can get a sense for my overall thoughts in that piece. Generally, though, I was sort of surprised at the timing but not that by the decision. I thought he’d wait until after the season in order to avoid the “farewell tour” that is sure to commence, but I think his level of play sort of forced his hand some. Now that the announcement is made, I’m most interested in seeing how it impacts the rest of the team and the tenor of the season over the final 60+ games.  Let’s face it, the Lakers are a bad team, but now they can be bad and at least have some cover that it’s Kobe’s final year and collect some goodwill that way.  But, at some point there will be calls to get the young guys more burn and I’m interested in seeing whether Byron Scott has it in him to hand over the keys to the car while Kobe is still around.

Philadunkia:  At the 2015 Draft, a lot of folks in Philadelphia including myself desperately wanted D’Angelo Russell.  Give us your analysis of how he has played thus far this season.

Darius Soriano at forumblueandgold.com: It would seem this would be a simple question, but the answer is a bit more complicated. Roster construction and the scheme the team runs (a lot of passing early in a possession and then screening/cutting away) is not necessarily the ideal situation to maximize Russell’s skill set. Further, Byron Scott has not consistently played him in 4th quarters, instead turning to veteran options (Lou Williams, Nick Young) to close games when they have it going offensively. So, some of what we see — low assist totals, for example — aren’t necessarily indicative of his game. However, I would like still like to see him be more assertive with his dribble and settle less for the long jumper in favor of more probing and attacking when the opportunities are there. In the last couple of weeks, however, he has taken positive steps forward in these areas and I’ve liked what I’ve seen.

Overall, then, I’d say he looks “okay” and very much like a 19 year old guard who doesn’t get a night off playing PG in the NBA. That said, I’m still very high on his prospects as a pro and think he’s only going to get better as the year progresses.

Philadunkia:  Obviously the Lakers are not very good this year (just like the Sixers), but what are one or two of the positives from the team that you’ve seen so far this season?

Darius Soriano at forumblueandgold.com:  First is that Jordan Clarkson has built on his strong rookie season and is showing that he can really play in this league. Last season there were questions about whether he was just a “good numbers on a bad team” guy, and while those questions can’t be fully answered until the stats he puts up contribute to more wins, the fact that he’s still playing well with a full complement of players around him speaks to last year not being a fluke. And considering he was drafted with the 46th pick last year, it really is a positive thing for the Lakers long term that he’s continuing to improve.

Second, Julius Randle is flashing the talent and ability which so many fans were so excited about heading into this season. He still has holes in his game — his right hand is poor and his jumper needs a lot of work — but his ball handling and open court ability are great for a player his size, he has a high motor, is strong as an ox, and has a knack for making plays with the ball in his hands. He’s also averaging nearly a double-double in only 28.5 minutes a night. All in all, I’m very pleased with where he’s at.

Philadunkia:  Sam Hinkie has made it very clear that he is executing a rebuilding “process” for the Sixers, what appears to be the long-range plan in LA?

Darius Soriano at forumblueandgold.com:  I believe the Lakers are still set on trying grab high level free agents and flank them with their core of young players. After striking out on Melo and Aldridge in back to back summers, the front office did their best to maintain cap flexibility for the summer of 2016 and beyond. Now that Kobe has made his retirement official, the Lakers can have enough cap space to sign two max free agents this summer while retaining Clarkson (who is a RFA, but with a minuscule cap hold), Randle, and Russell. And while I have serious doubts the team will actually land the big fish (Durant) this summer, they can still chase an impact starter or two and roll over some cap space to the summer of 2017 when the free agent crop is deeper. And if they find a way to hold onto their top-3 protected pick this year — something I know 76er fans are hoping against — their prospects improve even more as that pick instantly opens up more options to improve the team via using the pick or by creating several trade possibilities. I do think the Lakers have a bright future, I just think it’s going to test the fans’ patience as they have never really gone through an extended down period like they are currently experiencing.