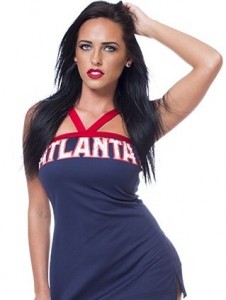 This edition of “Fo’ with the Foes” – Philadunkia’s advanced scouting series which with the help of an accomplished journalist from around the NBA beat or blog world, previews key upcoming 76ers games – features tonight’s opponent, the Atlanta Hawks who are in an awful slump right now having lost 3 in a row and 6 of their last 10. To be honest, I like the 76ers chances of stealing a win tonight.

(I can’t believe I just typed that line.)

After the jump, I’ll look a Fo’ key items for tonight’s game. Additionally, we’ll get a little more insight into this Atlanta team the Sixers face tonight from our colleague Brad Rowland at Peach Tree Hoops, as Brad will answer Fo’ questions on his Hawks squad from us here at Philadunkia.

1) 76ers To Recapture What They Found in Monday Night’s 1st Half and Possibly Win — I loved what I saw from the 76ers in the 1st half of their contest against the Bulls on Monday night — good ball movement; taking care of the rock (only 2 TOs); low post scoring from Jah; 56 total points in 1st half; etc.  IMO it was the best basketball this team has played all season and it was a joy to watch. Obviously that all went out the window in a disastrous 3rd Q (Too much Canaan; TOs galore; 12 total pts in the 3rd Q) that eventually helped produce a 20+ point loss.  If the 76ers can recapture the high level of basketball they played in that 1st half Monday night and this time maintain it for three quarters, I believe the skidding Hawks could fold early in this one. That would allow the Sixers to return to their tanking reality in the 4th Q and still steal a win — their first road win of the year.

2) Less Canaan-Ball Please — I understand what Coach Brown’s theory when he states that he likes Canaan on the floor with Okafor because Canaan is a three-point threat that can space the floor for Jah.  But I don’t care anymore.  I am done with Canaan.  I have seen enough of Canaan’s erratic play to realize that he does more harm than good on the court.  Canaan specializes in ill-advised shots and his presence on the court grinds ball movement to a halt.  He was simply horrific in the early 3rd Q on Monday night.  Over the last 5 games, he’s shooting 20% from the field as well as from three and has just 6 FTAs.  At this point I don’t understand how anyone in the Sixers front office can tell us that Canaan is an NBA level player while maintaining a straight face.  Tony Wroten will be available tonight, so I want Brown to stick with a back-court rotation of Marshall, Wroten, McConnell and Stauskas.  That will give the Sixers their best chance at a win.

3) Shut Down Bazemore — The Hawks have really struggled on offense during their recent losing stretch.  They are averaging only 86.6 ppg. over their last three contests and in Monday’s 100-88 home loss to Miami, the Hawks only hit 39% of their shots.  They were also a very Sixer-esque 8 of 33 from 3-point range.  Former 76er sharp shooter Kyle Korver was an unheard of 1-8 from deep.  However, one Hawk who is not slumping is small forward Kent Bazemore.  Bazemore scored a career-high 28 points (11-18 FG, 3-7 3Pt, 3-3 FT) on Monday night and over his last 5 games Bazemore is averaging 17.2 ppg.  For a player with a season average of 12 ppg., that’s a tremendous scoring explosion.  If the Sixers can put the clamps on Bazemore tonight, the rest of the Atlanta squad just may shoot the Hawks right out of this game.

4) Okafor vs. Hawks Bigs — As we all know, Jahlil Okafor has been absolutely unconscious of late.  Jah threw in 22 points and grabbed 8 boards on Monday night in Chicago in front of his family and friends.  Over his last 4 games the rookie is posting impressive stats —  22.3 points on 48% shooting from the field to go along with and 9.5 rips per night.  Still, this season Okafor has struggled against physical frontlines — see the Memphis and Houston games in late November.  The Hawks boast a frontline of Al Horford and Paul Millsap, two guys that do not shy away from contact and also force you to guard them at the other end.  So tonight I’ll be interested to see if Jah keeps his game rolling against an elite level frontline or if the Hawks bigs wear him down and thus hold him in check.

Philadunkia:  The Hawks have lost 3 straight and are 4-6 in their last 10. Does most of the blame lie on a brutal schedule or are there deeper issues?

Brad Rowland at Peach Tree Hoops:  The schedule over the past 10 games included two games against San Antonio, two games against Oklahoma City and a few other challenges, so that certainly has something to do with it. However, the rough patch has more to do with poor execution than anything else. During the three-game losing streak, the Hawks simply haven’t made shots at an acceptable rate, and as a whole, the offense has taken a step back. The ball movement is still there for the most part, but the individual creation is lacking and the shots aren’t falling.

Philadunkia: Budenholzer shook up the Hawks lineup on Monday returning Kent Bazemore (career-high 28 pts) to the starting lineup in place of Thabo Sefolosha.  Do you think that is a change Budenholzer will stay with for some time?

Brad Rowland at Peach Tree Hoops:  It was a bit odd when Budenholzer elected to do that, simply because he had spoken about staying with the Sefolosha for a while. Bazemore played extremely well against Miami, and he has been a quality option all year. For me, though, the starting five with Sefolosha is the team’s best lineup, and even if they don’t start, that needs to be prominently featured. I do expect Budenholzer to roll with Bazemore for a while, simply because he doesn’t like to change lineups regularly unless forced to do so by injuries.

Philadunkia:  If you search hard, is there any positive you have seen during the Hawks recent losing streak?

Brad Rowland at Peach Tree Hoops: There weren’t a lot of positives, but the play of Bazemore would be the one I would latch on to if forced to choose. He produced 22 points off the bench against Oklahoma City before the career-high of 28 against Miami, and in general, Bazemore has exceeded any rational expectation. He isn’t quite the defensive player that many believe he is, but Bazemore’s shooting has been huge and he must continue to knock down open threes to keep the defense honest when it comes to guarding Kyle Korver and the team’s point guards.

Philadunkia:  How are the Hawks, a team that won 60 games last year, handling the adversity of this tough stretch?

Brad Rowland at Peach Tree Hoops:  I think they are pretty frustrated. It helps to have veterans in the locker room who remain relatively stable in times like this, but to a man, they were frustrated about the lack of offensive execution over the past two games at home. Jeff Teague said, plainly, that he “sucked” and guys like Kyle Korver took individual blame for the recent poor performance. On the bright side, there hasn’t been in-fighting in the locker room, and I wouldn’t expect that, but the entire group knows that it must perform at a higher level in order to succeed.

Thanks to Brad for his time and answers.  Give him a follow @BTRowland.