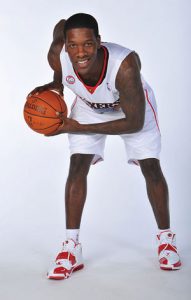 For most colleges and universities around the United States students are either finished, or finishing up their semesters and waiting for their final grades to be given out. In the NBA only eight teams remain in the running for an NBA Championship, which means that there are 22 teams that are currently out of commission. Obviously, the Sixers are one of the 22 teams out of action after their series loss to Orlando last week and here at Philadunkia we have decided to hand out grades to the players on the team based on their regular season/post season production this year, as well as a few other factors.

Some players performed like Sean Penn in “Fast Times at Ridgemont High”, while others performed like Matt Damon in “Good Will Hunting”. There was a strict syllabus of expectation for players on the Sixers when the season started, and in order to get an A you had to play above and beyond your capabilities in nearly every category. The grades are in for Royal Ivey as he starts off this series.

Offense:  B (Potential to be A)

The most important thing for you to know as a player on an NBA team is your role, and I believe that Royal Ivey knows his role and plays it the best out of any other player on the Sixers. Ivey started in zero games this season, played a mere 12 minutes a game, and shot just three shots per contest. His average of three points per game this season is decent considering his lack of minutes. Ivey’s role to the Sixers on offense was to man the corners of the three point arc. Whenever Andre Iguodala or Andre Miller got a defense to collapse on them when they drove to the hoop, it was Ivey’s job to get ready to catch a pass for a wide open three. Ivey shot pretty well from beyond the arc and shot 34 percent for the season. The only player who shot better from deep was Donyell Marshall with 46 percent.  Something Ivey can also be proud of is his assist to turnover ratio of 43-23 which shows that when he has the ball he makes plays develop while having minimal mistakes. His turnover average for the season was only .32 per game which was good enough for the second lowest on the team. In a way Ivey was like a free sample of ice cream at an ice cream store that you didn’t order afterward, it tasted great but you didn’t want to risk getting it and regretting the decision. To the Sixers coaches Ivey could have been a great spot player on offense, but they didn’t want to risk a dip in points if they plugged him in the lineup too often.  So Ivey got stuck on the bench for not only the regular season, but the playoffs as well where he saw his minutes drop off even further. Ivey got a B on offense because he did his job well and because of the fact that coaches held the man back and we didn’t get to see his full potential, he couldn’t receive an A.

While I couldn’t give Ivey an A on offense, without hesitation I am giving Ivey an A for defense. Ivey ended the season ranked 23rdin the NBA for steals per 48 minutes. He was projected to acquire two rips per game. That is better than Sixer starters Andre Iguodala, Thaddeus Young, and Andre Miller. His playoff average for this category was even higher at 3.23 per game which places him eighth currently for this season’s NBA playoffs. From what I saw all season, Ivey was a defensive specialist. While Willie Green and Lou Williams gave me migraine headaches from their terrible defense all year, Ivey came in and played exceptional defense on a nightly basis. One of the key moments this season for the Sixers was when in the final regular season game against the Cavs, Ivey in OT, stripped Daniel Gibson of the ball to get the Sixers the win. The win put the Sixers in position to play the Orlando Magic in the Playoffs instead of the defending champion Boston Celtics. Ivey has a real knack for anticipating a pass and getting a jump on the ball for a steal, sort of like Allen Iverson had back in the day. This highlight tape shows what I’m talking about: http://www.youtube.com/watch?v=KPKtC5Vrh7U. Ivey deserved this A, and I just hope the Sixers coaching staff sees that it is more important right now to make the Sixers a defensive team and assuming they don’t pick up an elite two-way shooting guard via free agency or a trade, the best way to do this is to start Ivey and send Green to the bench. 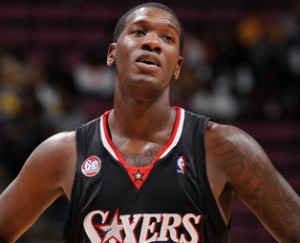 Intangibles are a special skill set that make you stick out from another player. The term often is linked to the offensive side of the ball but sometimes can fit the category of defense. Intangible players can make something out of nothing, set-up plays, free-up teammates, move without the ball, box out, etc. It is a very rare occurrence to find a player that can do all of these things. These are the Michael Jordan, Kobe Bryant, and Lebron James’s of the League. However, there are a lot of players that at any given time can give you a glimpse of how special of a player they are or can be given more minutes. This is the case for the Sixers Royal Ivey. Ivey is a smart player who doesn’t often take risks. Plays are usually set-up for Ivey and all he has to do is knock down an open shot. On some occasions however, Ivey shows that he can do more than that. Since Ivey often gets steals, he has to set-up plays off the steal. Many of Andre Iguodala’s fast break slams can be linked to a steal by Royal Ivey. Ivey also has a wicked spin move. If you’ve watched as much Sixer basketball as I have, than you’ve seen a few times where Ivey gets the ball on the wing and sees some room ahead of him for an easy lay-up. At the last second most of the time a defender comes in to stop the lay-up where Ivey proceeds with his nasty spin move and shot off the glass and in. Ivey has also caught defenses off guard with back door cuts where he’s showed that he can do an up and under shot to perfection. Due to the fact that most of Ivey’s offense is set-up for him though, it would not be right to give him anything higher than a B-. His intangibles are better than satisfactory, but until he starts playing at an even higher level on offense than a B- is where he’ll stay.

If the Sixers keep Ivey next season and increase his playing time than it looks like Ivey could be a very good player for this team. On a team who lacked perimeter defense and a shooter on the perimeter all year, it should have been a no-brainer to give Ivey some extra playing time. It will be interesting to see what the Sixers do with him in the off-season, because I feel he’ll become a very solid player in this league.