According to 610 WIP radio personality Howard Eskin, barring a “significant” breakdown in the money negotiations, former Philadelphia 76ers player  and current TNT basketball analyst Doug Collins will be Ed Stefanski’s choice as the next head coach of the Sixers.

On his afternoon radio show which Howard co-hosts with former Eagle Ike Reese, Eskin cited “sources” with in the Comcast-Spectacor organization as the providers of his inside information.  Eskin went on to report that Collins who earns between $1.5 million and $2 million per year as an analyst for TNT is going to get a major raise for coming on board as the Sixers new head coach and that the deal would be for 4 or 5 years in length. 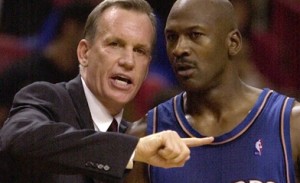 It has been speculated for days that Collins is /was the lead candidate for the Sixers vacant head coaching position and Eskin, love him or hate him, is rarely wrong when it comes to breaking stories, so it would appear that Collins has the job.

If Eskin’s report holds true, we have to say that we are a little disappointed here at the Philadunkia offices.  Although we remain divided on who the next head coach of the 76ers should be, none of us here had Collins in the top three on our individual wish lists.  Among those we had ranked ahead of Collins for the Sixers head coaching job are / were Larry Brown, Bill Laimbeer and Tom Thibodeau