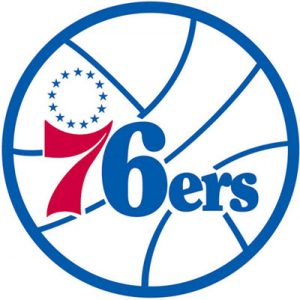 I first became acquainted with Dave Berri in a back-issue of the New Yorker at a dentist’s office.  I was flipping though pages, pretending to read so I could avoid eye-contact with strangers when I found myself looking at a large photo of Allen Iverson.  My brain stirred.  I deduced from the photo, and the words “book review,” that the article it accompanied was a review of a book that apparently had something to do with Allen Iverson.

So I read.  Berri and a few cohorts, the article told me, had developed an algorithm that explained, using only box-score statistics, how many actual wins an NBAer produced for his team.  The piece fixated on one of the models more controversial claims: That Allen Iverson – League MVP, eleven time All-Star, four time scoring champ, first overall draft pick, and protagonist of 90 percent of my 10th grade biology notebook doodles – just wasn’t very good.  I was outraged.  The audacity, I thought.  Who the hell does this guy think he is?

A trip to Barnes and Noble and 195 pages later I found out – a guy much smarter about sports than me or any of the guys with their hand on the lever of my teams. I wasn’t alone on that thought. Wages was sufficiently successful to warrant a paperback addition and a sequel of sorts: Stumbling on Wins, which was released earlier this year.

Dave, who maintains a blog that’s essential reading and writes about sports for the Huffington Post when he’s not teaching econ at Southern Utah University, agreed to share with us some of his thoughts on the Sixers, the NBA, the state of sports economics, and why he’s happier in academia than in an NBA front office.  After the jump is part one of multiple part series featuring Berri’s thoughts of the 76ers.

3.         Is there any reason to hope that Elton Brand (who’s produced somewhere in the neighborhood of 1 win in a Sixers uniform) can return to his old form?

Berri :  Each of these questions relate to the current and future state of the 76ers.  And that story begins with how the Sixers performed last year.  The following table details the performance of each player the Sixers employed in 2009-10.

The measure of performance is Wins Produced [and WP48 or Wins Produced per 48 minutes].  This metric relates the factors tracked in the box score to team wins (the calculation is detailed HERE).  The Sixers won 27 games last season, and when we look at the players employed we see 30.6 Wins Produced (Wins Produced explains about 95% of a team’s wins).  Perhaps more importantly, if we consider what each player did the previous season on a per-minute basis, we would have expected this team to win 26.0 games.  In sum, the Sixers last year did about as well as one would expect given the past performance of their players.

When we look the individual players we see that most of this team’s wins last year could be linked to the play of Andre Iguodala, Samuel Dalembert, and Louis Williams.  Dalembert, though, was sent to the Kings for Spencer Hawes and Andres Nocioni.  And with the drafting of Evan Turner, that means the Sixers depth chart (according to Yahoo.com) now appears as follows (last year’s performance is reported).

If your entire team posted a WP48 of 0.100 you would be expected to win 41 games.  When we look at the veterans the Sixers have collected, only Williams and Iguodala surpassed the performance of an average player last year.  And four players – including the two players acquired from the Kings – produced in the negative range.  In sum, this is not a pretty picture.

When we focus on the frontcourt… Spencer Hawes has never produced in positive territory, so it seems unlikely that he will help much in the future.   Elton Brand, though, was a productive player in the past.  Across his first nine seasons he produced 104.1 wins with a WP48 of 0.215 (more than twice the mark of an average player).  But then he got hurt.   For the past three seasons he has played 3,491 minutes and only produced 2.2 wins.  That does mean he has produced nearly twice as many wins as you thought as a Sixer (you noted he only produced one win as a Sixer).  But he is still not helping much.

Is there hope he can come back?  Brand is now 31 years old.  Players tend to peak in their mid-20s.  And they tend to noticeably decline in their thirties.  That suggests the productive Brand we saw in the past will not come back.

The Sixers did just traded Jason Smith and Willie Green for Craig Brackins and Darius Songaila.  Smith and Green have never been productive NBA players, so the loss of these players certainly doesn’t hurt.  But what the Sixers added doesn’t look promising.  Of the players selected out of college last year, Brackins was the 4th least productive (yes, least productive).  College numbers are not a perfect predictor of the future.  But what Brackins did last year in college was not a positive sign.  Very few players who perform this badly in college ever become productive NBA players.  As for Songaila…last year he produced -3.9 wins with a -0.134 WP48.  These numbers mean Songaila was the least productive – yes, the least productive – player in the NBA in 2009-10.  So it doesn’t look like the Sixers frontcourt is going to get better.

What about Evan Turner?  Of the players selected in the 2009 draft, Turner posted by the 4th best productivity numbers last year in college.  His college numbers last year surpassed what we saw from John Wall.  Once again, college numbers do not predict the future perfectly.  But it does seem quite possible that Turner will be more productive than Wall in 2010-11.  Wall, though, will be the primary ball handler in Washington and one suspects, will often decide that he gets to shoot first.  This means that Wall will score more points.  Points scored drives player evaluation in the NBA, so Wall – even though he will probably not be the most productive rookie in the NBA in 2010-11 – will probably be Rookie of the Year.