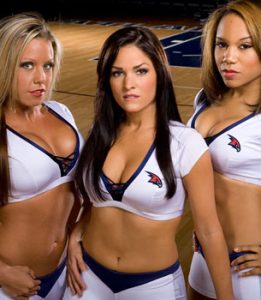 This Friday edition of “Fo’ with the Foes” — Philadunkia’s advanced scouting series which with the help of an accomplished journalist from around the NBA beat or blog world, previews upcoming 76ers opponents — features tonight’s opponent the Atlanta Hawks.

The 76ers are coming off a not-so-surprising loss to the Miami Heat during which they actually looked like they had a clue for a stretch or two.  However most of the time on Wednesday night they looked like the same band of headless chickens that played in Eddie Jordan’s circus last year.  The question for this team really is how quickly can they shake the bad habits from 2009-10 and start following the plan Doug Collins has laid out for them.  We don’t see that happening in Game 2 of this season.

In addition to the Sixers being a mess, the Hawks are more talented, more athletic and deeper. They also shoot the ball better and they play better defense.  So even if the Sixers get their acts together tonight and play the way Collins wishes, they’re still matched up against what is simply a better team. All of this basketball stuff provides a daunting list of items that this Sixers roster has to overcome in order to secure a victory tonight.

Of course there also is an off-the-court item that could have an impact on the Sixers tonight.  Hanging out in the wind are the reports (and subsequent denials) that Andre Iguodala has asked to be traded.  In our minds, that rumor has to be a distraction.  The rumor combined with the Sixers learning a new system and the fact that the Hawks are a better all-around team means that tonight’s contest will produce an 0-2 start for the 7-6.

For a little more insight into the Hawks team the Sixers face tonight, we turn to our man Bret LaGree from hoopinionblog.com to answer two questions on Atlanta from us here at Philadunkia as well as provide us with two points of analysis on this Hawks squad from an insider’s perspective.

Philadunkia :  We here at Philadunkia.com really like Jeff Teague.  How has he played this preseason and what can Hawks fans expect from him in 2010-11?

Bret LaGree@ hoopinionblog.com :Teague was hurt most of the pre-season and didn’t look 100% in the opener in Memphis.  His potential remains but he’ll have to acclimate to the NBA since he didn’t really get the chance to do so during his rookie season and try and take the point guard job away from Mike Bibby.  Hawks are patiently optimistic regarding Teague.

Philadunkia :  What are your thoughts on new head coach Larry Drew and his style of play?

Bret LaGree@ hoopinionblog.com : Larry Drew hasn’t said a single thing with which a reasonable person could disagree.  It remains to be seen if he can mold the team’s behavior to his style of play. Some things (perimeter defense, most prominently) may not be completely fixable given the personnel.

2) With Mo Evans out, Marvin Williams could play a few more minutes tonight.  That could help Atlanta’s defense.  Williams is far and away the best defensive small forward the Hawks have.  In the first half in Memphis, Williams held Rudy Gay to 2-9 from the field.  With Zach Randolph out in the second half, Lionel Hollins moved Gay to power forward and Gay exploded for 15 points on 5-7 shooting once freed of Williams’s attentions.