It’s no secret that we here at Philadunkia are not big fans of  Willie Green  and to say that we have been frustrated with the Sixers decision to repeatedly keep trotting Green out on the floor in the first five is an understatement.

However his recent string of games has been especially poor (outside of the Chicago run) and Willie’s play has finally driven us over the edge. Take a look at his recent outings: against Toronto, Green was 3-8; vs. Cleveland he was a horrific 3-13; at Charlotte Green went 6-14; up at the Meadowlands vs. the Nets, Green was 4-11 and vs. Detroit he was 2-6. For us it’s not ALL about the misses either. Although the clanks and bricks don’t help.

Willie Green should not be taking 14 shot in a pick up game at the 25th and Diamond let alone in a NBA game vs. the Bobcats. Period, end of statement. Additionally, Green rarely grabs a rebound as you can see by his pitiful 1.6 rpg. this season

To be fair, Willie has been put in a bad situation by the Sixers. Green is a borderline NBA player who belongs coming off the bench as a 9th or 10th man. He certainly is not a starter in this League by any stretch of imagination. Green has been thrust into that role, because the Sixers failed during the 2008 off-season to find a legit 2-guard to provide some fire power from outside either as a starter or off the bench.

So even thought it’s not totally his fault, it’s still time to say enough already and pull the plug on the Willie Green era.

Hopefully Ed Stefanski will address this need in the off-season by picking up an experienced NBA shooting guard, but if they fail to do so again (Don’t laugh, it could happen.) and for some reason and Green is back next fall at Sixers camp, then here is a list of D-League players (with no regard for their current contract status) that we believe should be given a chance to take Green’s job. 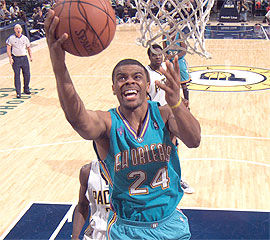 Cedric Bozeman – A 6-6 guard who can handle like a point man and shoot the lights out is a rare find in today’s NBA. But that’s Bozeman’s game and he is wasting away in the NBDL. In fifteen games during March and April, Bozeman posted less then 20 points only once and that was a 17 point effort. Bozeman averages 19.4 ppg., shoots 48% from the field and almost 35% from behind the arc. Plus he crushes Green on the glass at 6+ rpg.

Derrick Byars – At 6-7 Byars is another guard-forward combo, but imagine the match up problems a 6-7 guy off the Sixers bench who hits 38% of his attempts from 3-ball territory would create for opponents. At one point earlier this year Byars hit 26 treys in nine games (2.8 three’s per game). His 47% clip from the field, 17.9 ppg. and 4.9 rpg. leads us to believe that Byars is a better choice for the 76ers then Green any day.

DeMarcus Nelson – Nelson got a shot to be the starting point guard for the GSW last season and the experiment was met with mixed results. Nelson is natural scorer, not a point-man as is evidence by the fact that he holds the California state high school career scoring record. At 6-4, some may classify him as “small” for a two-guard, but that did not stop him from popping off for 39 points in a D-League game earlier this year. In his 20 games down in the NBDL this season, he’s averaging 19.8 ppg. and hitting 38% of his 3’s.

Trey Johnson – Johnson (pictured at R) knocks in 3’s at a 40% rate which helps explain why he got two 10 day contracts from the Cavaliers earlier this season. He’s good for 20.7 points and 4.5 apg., so he can score and also find the open man. Johnson is 6-6 and 215 so you don’t have to worry about him getting pushed around. Recently was named NBDL Second Team All-League. 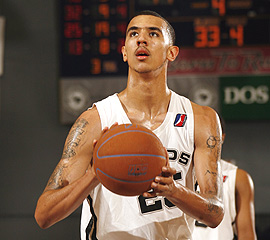 Marcus Williams – As you may remember, the 6-7, 22-year-old Williams (pictured at L) was an early entry candidate for the 2007 NBA Draft. Most recently Williams was signed by the Spurs after he was an NBDL All-League First Team Selection this season with the Austin Toros, the Spurs affiliate in the NBA Development League. In 45 games with the Toros, Williams averaged 23.0 points, 7.0 rebounds and 5.3 assists. Williams had eight games of 30 points or more this season, so it’s obvious he knows how to fill it up. Hits 32% of his 3-point attempts.

Curtis Stinson – Admittedly this is a reach as this move would require some real creative thinking by the Sixers brass. Stinson is a 6-3 point guard, but hear us out for a second. Stinson averages 16 points and 8.9 assist per night and rarely turns the ball over. With Stinson in relief at the point for Miller (assuming Miller is back next year), Lou at the 2-spot. Iguodala at the 3 and Young paired with Speights as your “bigs”, the Sixers could push the tempo like the Suns in their “7-seconds or less” days. That would be a nightmare for many of the older, bigger, slower teams in the East. Of course it would most likely provide some ugly match ups for the Sixers at the defensive end. Also Stinson only hits 3’s at 21.5%. Like we said it would take some creative basketball minds to make this work, but it could.