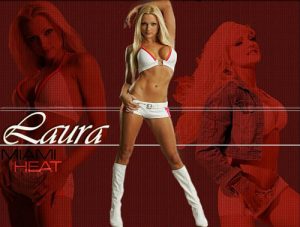 This first-round of the NBA Playoffs edition of “Fo’ with the Foes” — Philadunkia’s advanced scouting series which withthe help of an accomplished journalist from around the NBA beat or blog world, previews upcoming 76ers opponents — features the foes in this upcoming best-of-seven series, Lebron James, Dwyane Wade and the Miami Heat.

Today we’re going to put a little different twist on “Fo’ with the Foes”.  Typically we would have a single Philadunkia writer preview Game 1 of this series as well as publish some thoughts from an online Heat expert.  Instead, all of the scribes here at Philadunkia have submitted deeply analyzed and well thought out predictions of what is going to happen in this playoff clash between the second seeded Miami Heat and our seventh seeded Philadelphia 76ers.

I don’t like the match up at all for the 76ers.  Yes, I know that Miami’s bench is very, very weak.  And yes, I know they have had trouble in the clutch moments of games all year.  I also am aware that the Heat fall asleep on defense for large spans of time.  Those imperfections aside, I think the series will be a mirror image of the game played between these two teams back on March 25th.  If you remember back to that run, the Sixers played very well for most of the first half and actually led by 12 at one point of the 2nd quarter.  Then Miami flipped the switch, went on a 25-8 run and led 51-50 at the half.

The Sixers came out strong in the 3rd quarter (led 82-77 at the end of three) and as a result, Miami trailed most of the second half (Sixers led by 8 points with 9 mins. left in the 4th).  That is until the Heat again flipped the switch and took control of the game midway through the fourth quarter.  Miami’s 4th Q burst included a 12-2 run and a ridiculous 7 points in 48 seconds.  That stretch helped them out score the Sixers 34-17 in the 4th and cruise home with a 111-99 W.

I see more of the same coming in this series.  The Sixers will give max effort every night and thus keep each game competitive and entertaining right up until the moment Lebron, D-Wade & Co. decide they’ve had enough.  Then Miami will step on the gas and close out each contest in decisive fashion on the Sixers.

Despite all of the above, I believe Doug Collins will find a way to steal a game, so Heat in 5.

A few weeks ago, before the seedings were set and the Sixers entered their late-season mini-lull, I was leaning pretty heavily towards picking them to win a first round series –matchup contingent of course. There was one team in particular I had targeted.

They’re a top heavy group with an aging supporting cast. A squad that entered the regular season with championship aspirations they’ve slightly undershot. A team that, after some recent personnel moves, is still learning to play together. A team with question marks inside.

Unfortunately though, the Celtics will be playing the Knicks

My pick is Heat in five and an interesting offseason.

For maximizing the Sixers talent andclinching an unforeseeable postseason berth, Doug Collins is now rewarded with a frightening first round matchup against the Miami Heat.  As shown by the last Sixers-Heat game when the South Beach posse — LeBron, D-Wade and Bosh — torched our inferior squad for 91 combined points, we’ll be vacating a hopeful season in the first round.  However, not all is lost.  Potentially stealing two games against the collection of superstars would benefit a young roster’s growth for the near future.

Three keys to having a chance:

1)   Limiting turnovers — something we do a great job of only turning the ball over 13 times a game.  Against the Heat, if you do turn the ball over, LeBron and Wade are nearly unstoppable in transition.

2)   Jrue Holiday — The sophomore must capitalize against opposing point guards who lack defensive competency.  In the season series he averaged 9.3 points and 5 assists per game.

3)   Bench Play — Thaddeus Young’s versatility will give the Heat trouble.  We expect him to perform well, it’s the other guys that raise concern.  With Lou Williams out, someone between Evan Turner, Andres Nocioni and Marreese Speights will need to play efficiently.

For me, this isn’t about winning the series at all.  This is about becoming the 2008 Chicago Bulls, who after two straight semi-successful seasons were able to lure free agents and develop their real identity. Can Jrue Holiday or Thaddeus Young burst out of their shells the entire series and score near 20 points?  We’ve seen players like Joakim Noah and Josh Smith transform their young careers after inspiring first round postseason performances.

If this series does go to 6 or 7 games, it’ll be because Andre Iguodala is on his game.  Doug Collins is going to rely on his strength to keep LeBron near the three point line as much as humanly possible. The Sixers are going to be fine with LeBron. It’s Dwayne Wade whose going to end up killing them.  No guard on this team is good enough to even sniff Wade’s jock strap defensively.

The Sixers will give the Heat a scare. And in doing so, a few key free agents are going to take a mental note of how young and well coached that team in Philadelphia is.

The big three of Dwayne Wade, Lebron James, and Chris Bosh are out to prove to the rest of the NBA and the country as a whole that their team is for real. Look for Dwayne Wade to have his way with the rotations of Jrue Holiday and Louis Williams defending him.  If Wade gets going, Lebron and Bosh will have their way with Sixer bigs all series long. The Sixers already lost 3 times this season to the Heat with a 10.4 margin of defeat from those games.  Things aren’t going to get any easier in a Playoff series against this team.

What I like about the match-up with the Heat is that the Heat lack a dominant center.  In most cases, a team with a dominant big down low makes things tough for the Sixers all game long. For example, in the Sixers latest loss to the Magic the Sixers were out-rebounded 56-31 due to the dominance of Dwight Howard and Ryan Anderson inside all game long.  However, Spencer Hawes and Elton Brand should have an easier time against the likes of Zydrunas Ilguaskas and Chris Bosh in this series. Big Z is old and Bosh has had knee problems throughout his career.  Expect the rebounding margins to actually tip in favor of the Sixers in this series.  It’s obviously very tough for anybody in the NBA to stop Lebron James, but I believe Andre Iguodala should do a good job of at least slowing him down in this series.  James only went 5-12 shooting for 16 points in the teams first match-up this season and5-15 shooting for 20 points in the second match-up.  If Iguodala is able to keep James off-balance like he did in those games than the Sixers will have a good chance at keeping things close and stealing a few games in the final minutes.

This brings me to my last and most important key to the series: Dwayne Wade. In order for the Sixersto win this series they will have to find a way to stop Dwyane Wade which they couldn’t in three games this season.  Wade has had his way with Sixer defenders andDoug Collins will have to find the right recipe to throw Wade off of his game.  I think the best way would be to put a bigger man on him such as Thaddeus Young or Evan Turner who is also quick enough to stay in front of Wade when he tries to drive to the basket.  The longer the arms are that Wade will have to shoot over, the higher the percentage of error there will be on his shots.  Wade has been too much for the likes of Jrue Holiday, Louis Williams, and Jodie Meeksto handle all season long, so Collins must find a new way to attack him this series.  If all of these things fall into place the Sixerswill have themselves a series, but they must steal at least one in Miami on opening weekend.  The entire country will be rooting for the Sixers to upset the Heat in this one and if that’s not enough momentum for the team to play at a higher level then I don’t know what is.

The Sixersexciting turnaround series will come toan end against Miami in a series that should last no longer than 6 games.  Miami appears motivated and focused, and is coming together at the right time.  Although Philly will provide a tough fight, they have no easy answer for Dwayne Wade, who had a field day with the Sixers this season.  An advantage in point guard play and available frontcourt depth should secure the Sixers a win or two, but I wouldn’t expect much else.

Drawing a first round matchup with Miami is unfortunate, but should not detract from the success the Sixers attained this season.  The squad showed a lot of heart while fighting an uphill battle for most of the season.  In the end, Miami will move on, but not without a fight from Philadelphia.