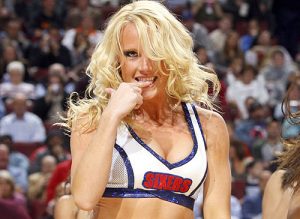 Allegedly there was some positive progress on the NBA labor front yesterday.  NBA scribe / radio host Stephen A. Smith believes the lockout will be over within a week.

“I’ll play for anybody…”  That’s what 76ers legend Allen Iverson told Yahoo Sports when the topic turned to the possibility of “The Answer” coming back to the NBA during an interview promoting  his Las Vegas Superstar Challenge.

As you may have heard or read yesterday, Dr. J is auctioning off a host of his personal ABA / NBA memorabilia, including his 1983 NBA Championship ring.  Rumors immediately started flying that Julius is in financial trouble.  That was hard to believe for us considering his vast success in the business world.  The Doctor is now saying he’s not in financial trouble, “To claim it’s a firesale or to clear up some debt, I don’t think so.”  That’s good news.

Alex Raskin of HoopsWorld.com gives his 11 reasons to look forward to next season.  Jrue Holiday is one of them.

Another former Sixer who is lobbying to get back into the League — 1998 1st Round pick Larry Hughes.  How great would it be if one team signed both and tried to play them in the back-court together?

Not one Sixer is slated to participate in the World All-Star Classic.

Via Twitter we learn that Mo Speights (@mospeights16) went for a run this morning.  Also we see that new Sixers CEO Adam Aron (@SixersCEOAdam) has joined Twitter nation.