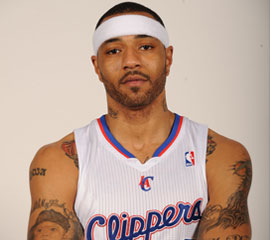 It’s no secret that so far in 2012-13 season that our 76ers are having issues rebounding the basketball.  The 7-6 are ranked 21st in the League in rebounding with a -3.71 statistical differential and to be honest, via the “eye test” it seems a lot worse.

FYI…those numbers won’t improve tonight vs. the Timberwolves who thanks to Kevin Love and Co. are absolute beasts on the boards — 4th in the NBA in rebounding with a +4.53 differential.

Since there’s seems to be no point in hoping that a return by Andrew Bynum will cure this ill and Doug simply refuses to play Arnett Moultrie who was a rebounding machine in college, it’s time to consider some realistic solutions for the Sixers.

After the jump, we provide a look at some of the guys who are “on the street” and could possibly help the Sixers compete on the glass.

Kenyon Martin — “K-Mart” played in 42 games for the Clippers last year and averaged 4.3 boards per game.  Stretched out over 36 minutes per game that number jumps to a healthy 6.9 rebounds per night.  As a bonus, he was also able to contribute 5.2 ppg.  Plus he’s been known to block a shot or two.  I begged for the 7-6 to sign this guy last year and they didn’t.  Second chances like this don’t come along often, so let’s not waste it (I am looking at you Tony and Doug).

Shelden Williams — Williams (6-9; 250) is not as athletic or as defensive minded as “K-Mart”, but he can still get the job done as he proved in NJ last year.  In 58 games (35 starts) Williams pulled in 6.0 rpg. (9.9 per 36).  He put up these solid stats despite seeing his minutes reduced to roughly less than 15 ticks per night in the final week of the 2011-2 season.  If he can also contribute 4.6 points a game as he did for the Nets last year, that would be icing on the cake.

Hassan Whiteside — This is idea is going to surprise a lot of you, but I loved this long and athletic kid (7-0; 240) coming out of college.  He got absolutely buried in the mess that is the Sacramento Kings, so I don’t think he can be totally blamed for washing out after two seasons.  In only 18 mpg. last season for Sacto, Whiteside was good for 2.2 boards a night.  Translated into Per 36 terms, that equals 12.9 rebounds.  If you remember him at Marshall, he was a glass cleaner (8.9 rpg.) who could also block shot (182 in one season) and score some – 13 ppg.  With proper coaching and some real minutes, Whiteside could possibly prevent the Sixers from getting slaughtered on the boards every night.

Jamaal Magloire — Magloire is the only Canadian born player on my list and I admit he is the biggest reach as well.  He has a respectable 6.5 rebounds per game career average, but last year in Toronto he was basically a warm body for practices.  He played in only 34 games (11 mpg.) and grabbed 3.3 rebounds per night.  Still, per 36 minutes that correlates to 10.9 rebounds, so he’s got that going for him which is nice.