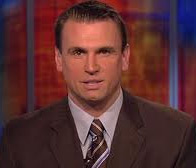 Here at Philadunkia we have chosen to completely ignore the debacle that happened up in Toronto on Wednesday night.  Many of us here viewed that contest as the worst performance of the year by the 7-6.  We can understand soiling the bed in San Antonio during the final game of a long and challenging 8-game road trip, but what exactly is the excuse for the Sixers uninspiring effort vs. the Raptors?  In our collective opinion there is none.

Look, we realize that this roster is tragically flawed with Bynum out of the lineup.  And we understand that fact is a huge obstacle to ask a team and head coach to overcome for nearly 40 games.  We also acknowledge that the Sixers schedule has been brutal of late.  Still this team is better than what they have shown in the last two games.  The effort at the Wells Fargo Center on Tuesday night vs. Brooklyn was weak and what happened in Toronto was downright embarrassing.   To say we are frustrated with this team is an understatement.

So in order to avoid a very negative rant style post by one of our writers and in an effort to find some solutions to the Sixers problems, we are turning to ESPN analyst Tim Legler.  Why Legler?  Well, Legler is not just a former NBA player and a great NBA analyst; he’s also one of us (At least in our eyes).

Legler scored over 1,500 points at LaSalle, is a member of the Big 5 Hall of Fame, earned a MBA from The Wharton School and is married to a former Eagles cheerleader.  So Legler is as Philadunkia as Dr. J, Allen Iverson and The Spectrum.  As a bonus, he still lives in the Philadelphia area, attends numerous Sixer games each year and is actually somewhat of a 76ers fan.  Basically, he knows the 7-6 inside and out.

Yesterday Legler gave me some time to Philadunkia scribe Tim Parker to discuss numerous Sixers topics, including why the Sixers have struggled so badly this season.

Philadunkia:  What has been the Sixers biggest impediment so far this season?

Legler:  I honestly think it’s been inconsistency.  I think they’ve had a breakout year out of Jrue Holiday, but I think outside of Jrue Holiday (they haven’t gotten much)…I think they were counting on more progress out of Evan Turner.  I think they were obviously counting on Andrew Bynum to be their big part of (the team).  What they were going to do was going to be built around him.  He hasn’t played at all. Thaddeus Young had a good start but I think he’s been inconsistent as of late.  So, I think more than anything they’ve just had a really hard time finding that same level of effort every night that they had last year, and they had a hard time recapturing that…Still, plenty of time to get it turned around, but I think that’s been their biggest problem.

Philadunkia:  What’s the issue with Evan Turner?  Why is he so up and down?

Legler: I think the biggest issue with Evan Turner is I don’t think he’s got enough… hasn’t developed his deep jump shot game enough at the NBA level to where he can be a consistent 18 to 20 point scorer.  He’ll give it to you on some nights when he’s hitting that pull up jump shot and he’s getting to the rim and maybe he mixes in a long jumper, but more often than not that shot’s not there for him, so when that’s the case teams play him differently and he has a hard time getting to the basket and getting to the areas of the floor he likes.  He needs to become a much more consistent deep shooter.  If you play the 2 in this league you really have to be a guy that’s a consistent 3 point shooter for the most part.  Most teams have guys in that position, especially as a starter.  That’s how they play.  They mix in enough 18 to 24 ft. jump shots to offset getting to the rim.  He has never really made that a consistent part of his game and I think as a result on nights when that’s not there and he can’t get to the rim, he has those nights where he gives you, 6, 8, 10 points and that’s the inconsistency I was just talking about.  It’s tough to win every night when you don’t know what you’re getting out of that position because typically that’s a consistent scoring position in this league.

Philadunkia:  Is confidence an issue (with Turner)?

Legler:  I think it is.  I think it goes up and down with him, I definitely do.  I think he’s the type of guy (from what I’ve seen), the more success he has early in the game – he’s going to have a good night.  If he has a slow start, or he gets up into the middle of the 2nd quarter and he still hasn’t really gotten it going, there’s a good chance he’s not going to turn it on later.  So, I think that’s something that Doug Collins almost needs to make more of an emphasis… to try they get him a couple of easy baskets early in the game or a couple free throws…it seems like it opens things up for him.

Philadunkia:  In the short term, what can the 76ers and Collins do to fix their problems?

Legler:  Geez right now, all they can really do is to tighten up things defensively and try to put together some sort of winning streak, gain some momentum, and find themselves more of a viable threat.  Right now, like I said, I think they are disappointed being (under) .500.  They think they’re better than that based on what they did a year ago and I think right now to me since the offense has been so inconsistent I think you do everything you can to focus on the defensive end of the floor and try to take more of a Chicago Bulls and Indiana Pacers mentality defensively and try to gather some momentum to make you feel good about your team and then have a better second half.

Philadunkia:  Demarcus Cousins – Would he be a good fit for the Sixers? What’s the likelihood they can get him?

Legler:  Well, you know he’s definitely a guy that I think the Kings have finally reached a point where they’d move him.  He’s a big time talent but sometimes the trade off with what the negative that he brings to your locker room and your practices every day and some of the emotional things you deal with him during the games aren’t worth it.  And in the Sixers case, you almost have to take a chance on a big time talent to try to get you to another level because right now they’re a mediocre team in the Eastern Conference.  Anywhere from 3 to 10 (Eastern Conference positions) all those teams are pretty even.  So if you want to now bump to the Miami Heat and New York Knicks’ level you got to upgrade your talent base, he certainly would do that.  So, Doug Collins might be the kind of guy that can handle him, and if he’s on a better team, I think he’s going to calm down a lot.  I think he’s frustrated with all the losing, and he’s immature and that’s been a big problem for him. So, maybe he gets to a team that’s at least .500 and contending for the playoffs, that might make him grow up a little bit more and realize he really appreciates the situation and that Doug Collins gets a lot of respect from the guys on that team.  That might keep him in line.

Philadunkia:  Do you think a Sixers trade for Cousins could happen?

Legler:  I haven’t heard Philly mentioned in the rumors myself.  I’ve heard other teams but it’s absolutely possible.  It definitely makes sense.  If I am in Sacramento I’m going to ask for a lot in return but unfortunately for them Demarcus Cousins has hurt his trade value with some of the things he’s done.  They’re going to use that against Sacramento in a trade.  It’s going to be more of a buyer’s market with him and it’s a shame for them because he’s such a high pick and he’s got so much talent.

Philadunkia: What should do the Sixers do with Andrew Bynum in the long haul?

Legler:  It’s a great question.  I think the big problem they have is that I don’t know that Andrew Bynum is going to want stay in Philadelphia.  To me, he seems more of a glamour city kind of guy.  I think the northeast mentality in terms of the fan base, I think could be a difficult place for Andrew Bynum to succeed because of the issues he has in and out of the lineup with injuries.  I think he has shown some maturity issues throughout the years.  All of those things are things that the Philadelphia fan base is not going to really react to… not something they are going to endear themselves to.  So, I don’t know as he’s sitting back and watching everything if he’s really seeing himself in a Sixers uniform long term.  If that’s the case Philly’s got to think about trying to move him, because he’s a big piece of what they’re going to do, and he could just walk out the door in the summer.

Philadunkia:  What do you think they will do with Bynum?

Legler:  I think they are going to try to resign him because believe it or not I think they are going to let this play out. He says he wants to play this year. Maybe he comes back and give them a strong month at the end of the year, he has a respectable showing in the playoffs whether that’s one round or two rounds and I think that could turn everything around, where now Philly’s going to realize that this a guy…he’s back, he’s playing, played well for us down the stretch and commit some money to him.  It’s almost like they can’t move him without at least seeing what he does to their team, and that’s the problem.  The position he’s put them in.  The trading deadline is only a month away and he’s put them in a very difficult position because they don’t know how he fits.  So that’s a tough break for Philly.