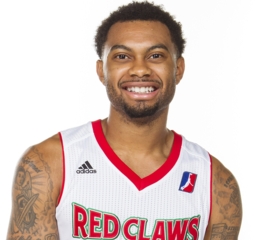 In the eyes of most basketball fans as well as NBA analysts and experts, the game has changed from a half-court, big man dominated game, to an up-tempo League focused on exemplary guard play.

While the Sixers have found their point guard of the future in Jrue Holiday, the question remains of who can fill the role as a serviceable backup to our borderline All-Star floor general.

There have been number of ideas suggested by the scribes here at Philadunkia as to what the Sixers should do to cure their problems at back-up point guard.  Of course all of them have fallen on deaf ears over at PCOM.

The Sixers have also tried their own ideas.  Royal Ivey who was signed as a free agent this past summer was unable to grab the job during his brief audition.  Then there was a failed attempt to let the undrafted Maalik Wayns win the spot.  Of course “the Evan Turner as the back-up point guard experiment” continues nightly with lukewarm results.

Yesterday, the Sixers cut Wayns and signed free agent Shelvin Mack to a 10-day contract.  As you probably know, Mack was just waived by the Washington Wizards after his disappointing rookie season.   It was a curious move to say the least.  Obviously the chances of Mack playing significant minutes for Collins, much less solving this nagging problem for the Sixers are nil.  To be honest we here at Philadunkia have become totally worn out trying to figure out why the Sixers have failed to address this issue.

So in order to hear a fresh take on the 7-6 and their back-up PG situation I decided to conduct an interview with a subject who has a unique view on the inner working of the Sixers back-court.  Earlier this week I sat down with former 76ers guard, Xavier Silas.  If you recall, Silas had a long cup of coffee with the 7-6 in 2012-13, but only appeared in two games.  Silas was also with Philadunkia’s home team for the Orlando Pro Summer League team and was in camp with Collins & Co. this past fall.

Silas now plays for the Maine Red Claws, of the NBA’s D-League organization where he is averaging 10.8 points, 3 boards and 2.8 dimes per night.  He also was a teammates with Shelvin Mack for a stretch up in Maine.

Philadunkia:  What do you think is the biggest problem that the Sixers are dealing with right now?

Silas:  A lot of new guys, you saw Miami go through it.  You see the Lakers going through it.  Anytime you change around the core of a team it will always take time to rebuild.

Philadunkia: Would the return of Andrew Bynum be the solution to the team’s problems or do you see any change in the front-court?

Silas: I think Andrew will be a huge impact.  He’s a great player and I think him taking this time off to heal all the way is smart for the long run (for the team).

Philadunkia:  What do you think about the problems that the Sixers have had locating a back-up for Jrue Holiday?

Silas:  It’s definitely a concern, I know he is out there tired (laughs).  He’s been playing a lot of minutes

Philadunkia:  So if Jrue is playing tired, especially after their most recent road trip, do you think the team should waive a player, look for a trade, or find another option?

Silas:  I think they will figure out a solution, the staff in Philly is dedicated and you have to remember it’s the same staff that had that successful year last year.  I’m sure they will make the right move to get to where they want to be.

Philadunkia:  If they were to search for another point guard, who would you suggest they hunt for?

Silas:  I’d love to be back in Philly.  The atmosphere, fans, teammates, coaches and organization are all great.  But to answer your question, a big guard like Jrue who could score, play hard defense and adapt to their system very quickly since it is the middle of the season.

Philadunkia:  Was there any specific reason given as to why the Sixers didn’t keep you on the roster?

Silas:  They decided to go in another direction.  Nothing more, nothing less.

Philadunkia:  What can you make of Doug Collins’ third year with the organization?

Silas:  There are so many new players there.  They have to rebuild and get Bynum back healthy.  But Coach Collins is the same coach that went to game 7 in Boston.

Philadunkia:  Any thoughts on why Collins prefers veteran players so much in his system and traditionally doesn’t give rookies major minutes?

Silas:  I think some coaches tend to trust older guys, they trust their experience.

Philadunkia:  Did you think Collins and the Sixers front office believed that Vucevic owned the skills / talent that he is displaying down in Orlando this year?

Silas:  I think so, they did draft him and they were able to develop him last year.

Philadunkia:  What are your thoughts on Shelvin Mack?  You guys played together in Maine and he just signed a 10-day deal with the Sixers.

Silas:  He’s a great player and I wish him success in his future endeavors.

Philadunkia: Lastly, what are the major changes the team needs to make if they have any chances of seeing the playoffs this season?

Silas: They just have to find a way to win.  I don’t think a drastic change is necessary.  Maybe a piece here or there but they are good enough to make some very real noise in the playoffs.