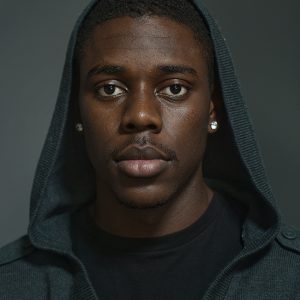 As we all know, in the summer of 2012 the 76ers front office traded Andre Iguodala, cut ties with Elton Brand and let Louis Williams walk.  When Doug Collins & company removed these important veterans from the Sixers roster Jrue Holiday was thrust into several key roles for this team.

Jrue’s now the floor general,  primary option on offense,  locker room leader and  face of the franchise.  That’s a heavy load for a 22-year old to carry.

So how has Jrue responded during the most challenging season of his young NBA life?

Career highs in points and assists.

Four games with 30 or more points.

In short, he’s stepped up to the challenge.  In fact, to say that Jrue Holiday has been one of the few bright spots for the 76ers (tip of the cap to Thad Young) in an otherwise very disappointing year for this franchise is an understatement.

Earlier this week, Jrue jumped on the phone with Philadunkia’s Jeff McMenamin for a few minutes to discuss his breakout season, playing in the 2013 NBA All-Star Game, the struggling Sixers, the difficulty of the upcoming schedule and of course, Andrew Bynum.

Philadunkia:  Obviously it goes without saying that you’ve had a career year.  Was it extra preparation in the offseason that really helped you raise you game to this next level?

Holiday:  Really I just tried to focus on all the things I’ve been doing all along.  I’m at a point where I’m just trying to be more precise scoring and knowing where I’m going to get my shots from.  In the last few games my shooting hasn’t been very consistent, but taking the right shots has definitely made me a better player.

Philadunkia:  Only Russell Westbrook and yourself are averaging 18 points and seven assists a game.  What does that type of comparison mean to you?

Holiday:  Honestly it makes me feel like I’m doing my job.  It also means I’m among the elite players.

Philadunkia:  How was the experience at all-star weekend?

Holiday:  It was an awesome experience.  It was crazy.  I guess I never knew how much went into it. Being an all-star and representing Philadelphia was such a blessing.

Philadunkia:  Was there any moment that really stuck out to you besides playing in the game.  Any cool stories or people you got to meet?

Holiday:  It was cool to meet some of the older guys like Ron Harper, who was the only player to win titles with Kobe Bryant and Michael Jordan which I thought was a pretty cool thing.  Just meeting all the guys who paved the way for us was pretty cool.

Philadunkia:  The Sixers now have back-to-back All-Star selections (Iguodala in 2012).  What does that mean to the organization?

Holiday:  Apparently we’re doing something right.  Obviously the season wasn’t the way we wanted it to be but I always feel like the guys who make all-star teams truly deserve it and the organization prepared guys like Andre and I to get there.

Philadunkia:  Does it mean something special to you that the Eastern Conference coaches selected you to play in the All-Star Game?

Holiday:  For sure.  I think that them voting for me means that they saw in my game that I had put in the time and the effort and really tried to be one of the best players in the League.  Getting the respect from them is very meaningful to me.

Philadunkia:  You had a throw-down during the ASG that Reggie Miller called, “a surprise sneaky dunk”.  Was it nice to make an impact on the game like that?

Holiday:  I think that’s the whole point of all-star games, is to make your mark in some way.  You leave feeling like you did something and I’m glad that happened.

Philadunkia:  On Monday night you busted out of a four game shooting slump.   What plays the biggest factor in shooting struggles like you just experienced?  Are guys just a little worn out at this point in the season?

Holiday:  I think it’s something new and different for me (playing so many minutes) and it can get mentally and physically draining at times.  Honestly for me, what I’ve been working on the most is to really be that leader for us. With situations like the losing slump we’re on, people can get discouraged so I just try to keep people’s heads up and keep everything positive.

Philadunkia:  Were you happy with the team’s play in the recent loss to the Eastern Conference leading Heat?

Holiday:  We were in the game the whole time and had a chance to win.  That’s the biggest part.  Now it’s trying to build off that and stay positive.

Philadunkia:  Do you think the Heat may have overlooked you guys a little bit?

Holiday:  I don’t think they overlooked us.  I think any NBA team is a contender or a competitor.  I think we just hit them first and they found a way to bounce back.

Philadunkia:  The team has lost 12 of its past 14 games.  What do you feel the team needs to do better in order to get out of its funk?

Holiday:  Play a full game where there are no slumps.  We go through scoring slumps pretty much every game and it’s a bad sign for a team when it’s happening every 5-10 minutes.  I think if we can get into a position to score more consistently then we’ll be in a better position to win.

Philadunkia:  Recently Doug Collins has given more minutes to Arnett and he’s been playing fairly well.  What do you think of Moultrie’s play of late?

Holiday:  I love playing with Arnett.  He’s definitely an active player and somebody who’s always excited and getting those extra possessions.  He brings a lot of physicality and energy to the team when needed.  I know in the pick and roll he’s always going to the rim.  As a point guard you like playing with guys like that.

Philadunkia:   Do you think it’s refreshing to have a guy like Moultrie in the lineup now, after he hadn’t seen the court for the majority of the season?

Holiday:  It’s good to give minutes to guys that are young and anxious to get out on the court and show people what you can do.  He energizes us and I think he can be a very good player if he keeps working at his game.

Philadunkia:  Are there any guys on the roster that if you were coach you’d be giving more minutes to?

Holiday:  I do like playing with Jeremy Pargo who we just signed.  I think he helps out our team a lot.  I also think Arnett could play a little bit more.

Philadunkia:  Some people have brought up the idea that Pargo should start at the point and have you act as the team’s scorer at the 2.  Obviously this wouldn’t be a long-term solution, but for the rest of the season could that be a way in your eyes to give the team some more balance?

Holiday:  Yeah I love playing with Jeremy because of like you said being able to play off-the-ball.  I don’t need the ball as much.  I don’t need to exert as much energy.  Having him on the court makes things much easier for me and takes some of the pressure off.  A lot of people don’t realize that he’s also a play maker. 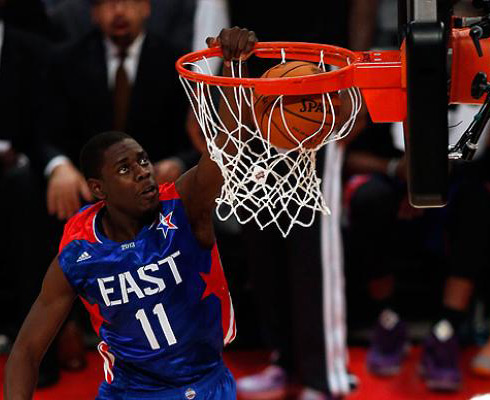 Philadunkia:  Since the disappointing loss at home to the Magic on February 26, has Doug been doing to try to push the team to play harder?

Holiday:  He’s been doing the same thing he’s been doing for three years.  He’s preparing us the same way and we just have to come out ready to play.

Philadunkia:  The Sixers opened one of your toughest six-game stretches of the season Monday night with a win over the Nets.  What will it take for the team to pick up some additional wins in the upcoming games?

Holiday:  I think we just need to settle down and play good defense.  Defense is honestly the biggest key for us.

Philadunkia:  When you first heard that Bynum would most likely sit out this season, what was your initial reaction?

Holiday:  I mean it sucked for sure but at the same time I just want Andrew to be healthy which is the biggest thing for me.

Philadunkia:  How hard has it been on Bynum?  How frustrated is he right now about the situation he’s in?

Philadunkia:  If doctors find that Bynum will make a successful recovery from his knee injections, is he still the guy the Sixers should give a contract to in the summer?

Holiday:  He’s the best big man in the League, especially if he’s healthy.  I’m not in the position to make that call, but it’s kind of hard to turn down the best center in the league if he’s healthy.

Philadunkia:  What would a healthy Bynum’s impact mean for this team?

Holiday:  He’d make everyone’s life a lot easier.  He’d have a ton of easy points.  With Bynum we’d be scoring in the 100’s which would make the defense’s job so much easier.  Defensively he’s also that guy who can clog up the middle and make it easier for us on the wings.  He’d definitely change the way this team scores.

Philadunkia:  What position(s) does the team need to address the most in the off-season?

Holiday:  A big.  I think we have really good wings who can defend well. We could also use a more consistent scorer as well.  I love ET to death.  I think he’s definitely been an x-factor for our team this year.  When he’s scoring we’re in a good position to win.  So in my mind just a big.