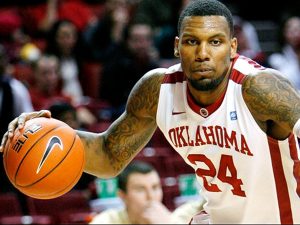 On Tuesday night, the 76ers were officially locked into the 11th overall pick in the 2013 NBA Draft.  The Sixers also have selections in the second round at #35 and #42.  So there are some very important decisions to be made for this franchise come the end of June.

With a high first round pick and two second round picks stashed in their pocket (the 35th pick came to Philly via the New Orleans Hornets)the 76ers could do several things.

First, Sam Hinkie and company could package a combination of picks to move up in the Draft or combine them with a player in a deal as well.  However, the Sixers could decide to keep their second round picks and add some young, inexpensive and talented (a.k.a. low risk/high reward) pieces to their roster.  This was the preferred thinking of the Houston organization that Hinkie recently departed, so odds are he could be leaning in this direction.

On Wednesday, the Brooklyn Nets hosted a Draft Combine in which 22 Draft-eligible players — that are considered to have second round talent — participated in.  Twenty-two more players will compete in the same type of workout on Thursday.  Hinkie, Rod Thorn, and Courtney Witte (Sixers Director of Player Personnel) were all in attendance on Wednesday.

There was a great deal of NBA level talent at the workout, but in my opinion Oklahoma Senior forward Romero Osby was arguably the most impressive big man in the PNY Center.  Osby, an agile 6-8, 232 pound beast, averaged 16.0 points and 7.0 rebounds per game for the Sooners this past season, often dominating the paint.  On Wednesday, Osby showed that he has also added the skills to be successful on the perimeter.

After his workout, Osby talked to me about how he’s been working to improve his game and where he thinks he’ll land on June 27th.

“I think I’m a combo-forward,” Osby said. “You know, I’ve really worked on my shot and I’m able to shoot it from the NBA three. But, I can also take bigger defenders off the dribble and smaller defenders in down low.”

An NBA scout, who preferred to remain anonymous, said that Osby could go anywhere from 30-50 depending on how the rest of his workouts go prior to the Draft.

Osby also said that the Sixers have expressed plenty of interest in the Sooner and that the team “really likes [him].”  The big man will take a train from New York City on Friday for a workout with the 76ers.

While the Sixers already have Thad Young and Arnett Moultire stashed for the next several years, adding a young, hard working player like Osby could prove very effective for the 7-6.  Osby could be a solid off-the-bench stretch-4 in the League just like Draymond Green — drafted 35th in 2012 — was in this year’s Playoffs for the GSW.  The Sixers definitely need to bolster their bench to give their starters some well-deserved rest and provide some scoring punch.