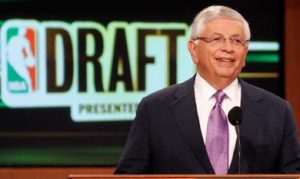 Several weeks ago, Sports Illustrated published a highly entertaining feature titled, “Hollywood Big Board: 20 Movie QBs Who Would Get the Call on Draft Day”.  In the article/post, Sports Illustrated writers did some work in the “film room — and Youtube and Netflix” in order to compile a list of the best quarterbacks — from the movies — who could get drafted into the NFL.

So today at Philadunkia we are taking a page out of the “imitation is the sincerest form of flattery” playbook and publishing a post with a similar theme.  The scribes here at Philadunkia were asked to choose one “amateur” basketball player from the silver screen for the 76ers to select with the 11th pick in the 2013 Draft.

The only guideline provided to our scribes was that the movie character they chose for the Sixers with the 11th pick in this June’s draft could NOT be a “professional” basketball player (NBA or other league) in a film.  It’s also assumed that the movie character will be available at #11 when the Sixers are on the clock.  Lastly, for this post we suspended the NBA’s no high school players in the Draft rule.

For me, this is a no-brainer.  Neon (Played in the movie by a youthful Shaquille O’Neal) is a healthy, young 7-foot center who actually likes basketball, has a desire to get better and is coach-able.  Basically he’s the anti-Bynum.  The 76ers badly need a dominant player (preferably a big) to take this team to a respectable level on the court and Neon will do just that for this franchise.  IMO a first-five of Jrue, Neon, Thad (at the 3), Wright (at the 2) and a PF to be added through free agency is a solid start to getting this franchise back on track.

As a bonus, off-the-court, Neon’s huge, fan friendly personality will reinvigorate a faithful that except for the most die-hard of  hoops heads has lost interest in a franchise that was relevant just a year ago. (Jesus Shuttlesworth from “He Got Game” was a close second.)

Battle, while struggling in the classroom, is a driven kid inside the gym. He’s big and athletic and a true rim protector—something the Sixers desperately missed last season.  Battle would provide an 76ers fans with a great change of pace from stiff bigs like Spencer Hawes, Lavoy Allen and Kwame Brown.  Picture it now: an athletic high-low set up with a combination of Battle, Thad Young and Arnett Moultrie dominating the interior offensively while Jrue and an improved perimeter cast break ankles and drain bombs from the outside.

As a kid just coming out of high school, Battle is also a fantastic option for the Sixers to add a big that can learn and grow old with Jrue.  A fiery and talented big man at only 18 years old?  Sign SamHinkie up!  Potential!

Michael Kaskey-Blomain:  Jesus Shuttlesworth from the 1998 film, “He Got Game”.

Sure, the Sixers could use some size, but they can’t afford to pass on a sure fire superstar in Shuttlesworth (Played in the film by a youthful Ray Allen.). Shuttlesworth, the top-rated prospect in the country, has an explosive offensive game as he has the ability to both get to the rim and stroke from the outside.  His size and length allow him to get it done on the defensive end as well.

With Holiday at the point and Shuttlesworth on the perimeter the Sixers would have an athletic, attacking offense, and would be just a post player away from true contention.

Steve Toll:  My selection with the 11th pick in the 2013 NBA draft, Jake Shuttlesworth from Attica Correctional Facility (“He Got Game).

In a shocker, I take Jesus’ dad.  A real killer on and off the court, Jake will provide the veteran know how lost with Damian Wilkins.  The 76ers need a veteran not named Jason Richardson, who can step in at SG. Jake will likely never make an All-Star team but he will be a solid player on both ends.  His intimate life knowledge and experience will rub off on the young players, if that fails, Dakota Barns will get them off instead.  It’s a win-win situation for the 76ers.