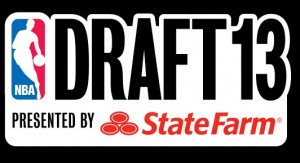 While the Philadelphia 76ers have been extremely secretive during the team’s pre-Draft process this summer, it has come to Philadunkia’s attention that the team has done their due diligence in working out Draft prospects.  Most teams in the League allow full media access to their prospect workouts, but the Sixers haven’t allowed anyone unaffiliated with the organization inside PCOM to observe Michael Curry and Aaron McKie throw these youngin’s through drills.

But, one thing is for sure: Sam Hinkie and Co. have been working out a ton of prospects.  While there’s no official tally on how many guys a team is supposed to bring in, based off what I’ve heard from scouts around the league and have read around the web, it seems as if the Sixers are currently in the top five of the NBA in terms of the number of players they have worked out.

This can only be a positive for the Sixers, who have picks No. 11, 35 and 42 in the Draft on June 27. When you consider the first 15 picks of the second round have a history to produce many sleepers that have immediate impacts in the League and that Sam Hinkie has a history in Houston of finding those diamonds in the rough, picks 35 and 42 could prove huge for the boys in red, white and blue.

And, honestly, when your team was as pathetic as it was last season, they should be working out as many prospects as they can and are planning to. The team is expected to bring in guys up until the week of the Draft. They will hold group workouts on June 21, 22 and 25.

What I like about these Sixers workouts the most is that they have all been group workouts instead of individual. Lottery teams often bring in prospects for individual workouts to see how they can handle the pressure of the spotlight only on them. But, a group workout, that features six players going through drills and finishing up with a half-court game of three-on-three, players have to compete against other guys at their position in live-ball action.

So, while many fans have constantly complained about the Sixers’ apparent lack of initiative in filling their head-coaching vacancy, they’re at least spending a heck of a lot of time on putting dozens of Draft prospects under the microscope.

While finding a coach is important, ultimately the players on the court decide the outcome of games. I like the meticulous approach the 76ers are taking to the upcoming 2013 NBA Draft.