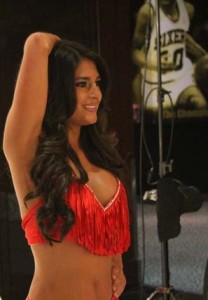 Last week we reported that the 76ers had hired Brandon Williams who at the time was the NBA’s Associate VP of Basketball Operations for a “key position” under General Manager Sam Hinkie. Now Williams’ role has become crystal clear — he will be the GM of the 87ers.

ESPN.com has launched its annual NBA player rankings and another 76er has come in as the distinguished “Mr. 500” (Looking at you Lavoy Allen).  This time the title belongs to Royce White.  Tim Ohlbrecht is not far ahead of White at #495.

Evan Turner will be hosting a basketball clinic on September 21st at the Eastside Youth Center in Allentown.  $65 per camper.  Who’s in?

This one is a little older, but according to TMZ (via The700Level) a guy in Maryland purchased a storage unit in an auction and the unit was loaded with Dikembe Mutombo memorabilia.

Nets blogger Devin Kharperstian of the thebrooklyngame.com takes an in depth look at our 76ers and predicts they will win 12 games in 2013-14.

From the Iranian Student News Agency (via Jake Pavorsky at libertyballers.com) comes this confirmed report that Sixers 2013 draft pick Arsalan Kazemi will play in Iran this season.

Interesting read at Bleacherreport.com (via a slide slide show) about the Sixers success with mid-1st round draft selections.

A quick “76ers” search on Craiglist turns up this gem for just $10 that will keep you warm during the Winless for Wiggins campaign.

Via Twitter we learn that Sixers rookie Michael-Carter-Williams is wise beyond his years: